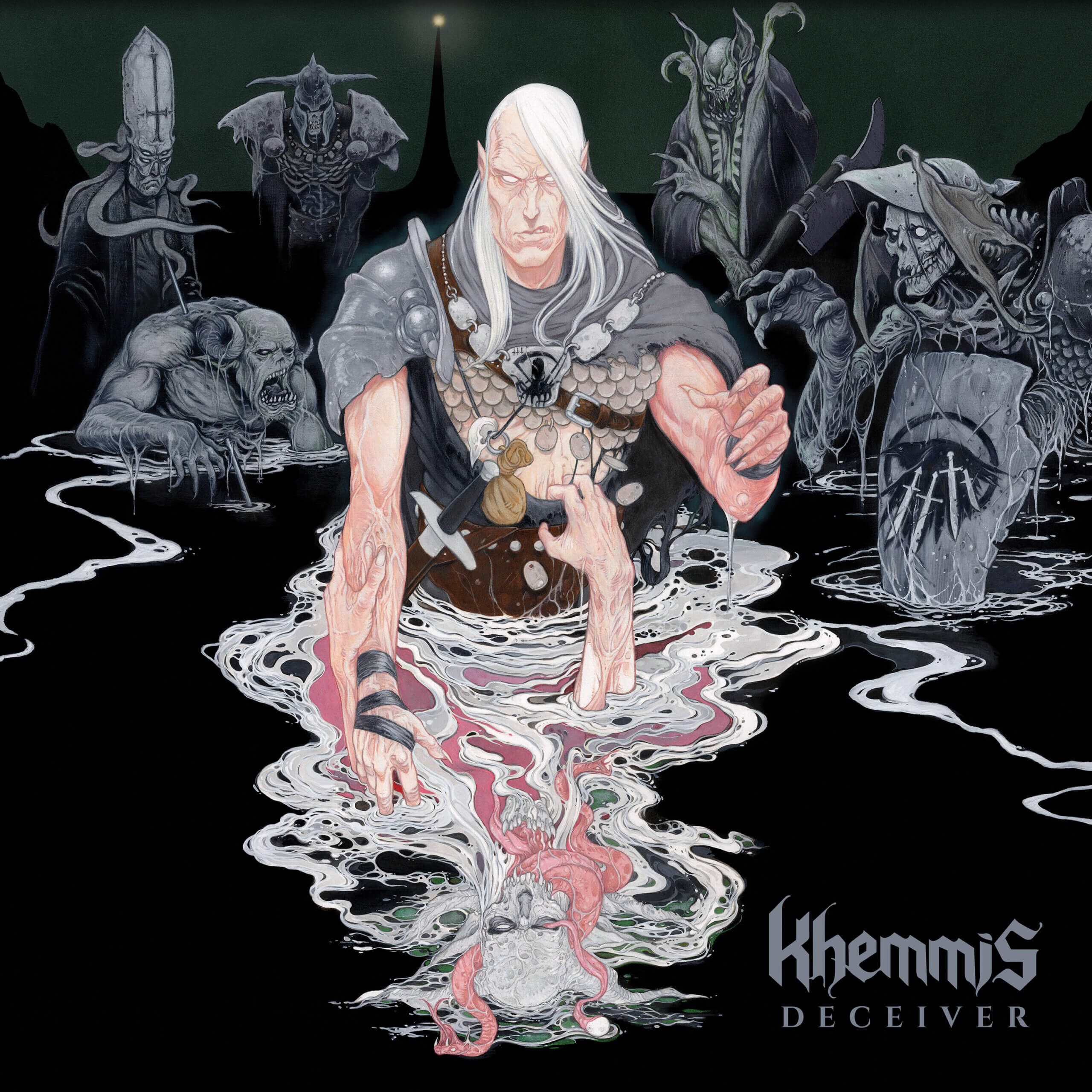 For their fourth album, Denver-based doom metal band Khemmis turned inward to their own personal battles with depression to create an album with a sincere expression that balances some of their most beautiful melodies yet with crushing heavy moments.

Since 2012, Khemmis has released three albums with producer/mixer Dave Otero behind the board. It’s a relationship that’s working as he returns here again to a great result. The album has a massive sound with thick but clear guitar tones from Ben Hutcherson and Phil Pendergast and another stellar performance from drummer Zach Coleman (Black Curse, Go Ahead and Die). The other thing that stands out on the first listen is the vocals from Pendergast. His voice soars above the mix, and this is his best performance to date. He’s previously cited Steve Winwood and Peter Gabriel as influences and listening to his soulful delivery you will hear why. Great vocal harmonies and some truly chill-inducing highs are all over the record. His melancholic performance could easily be at home on an 80s pop song and is certainly not typical of your classic heavy metal singer. That said, Khemmis is a heavy metal band with Hutchinson also adding his growls to the album, tastefully placed, often appearing to add an extra dose of brutality to certain riffs at just the right time. A heavy helping of doom and beautiful guitar harmonies reminiscent of a down-tuned Thin Lizzy are present across the six tracks and even hints of melodic death metal on opener Avernal Gate. The song begins with beautiful acoustic guitars before tearing into a riff that would be right at home on an At The Gates record. Living Pyre is another highlight, Pendergast’s vocal performance truly conveying equal amounts of sadness and beauty before Hutcherson joins him to form a gut-wrenching duet.

Deceiver is a record that should continue the upward trajectory of Khemmis. Full of nods to classic rock and metal but through a contemporary filter. Inspired by real struggles, darkness can often lead to great work.