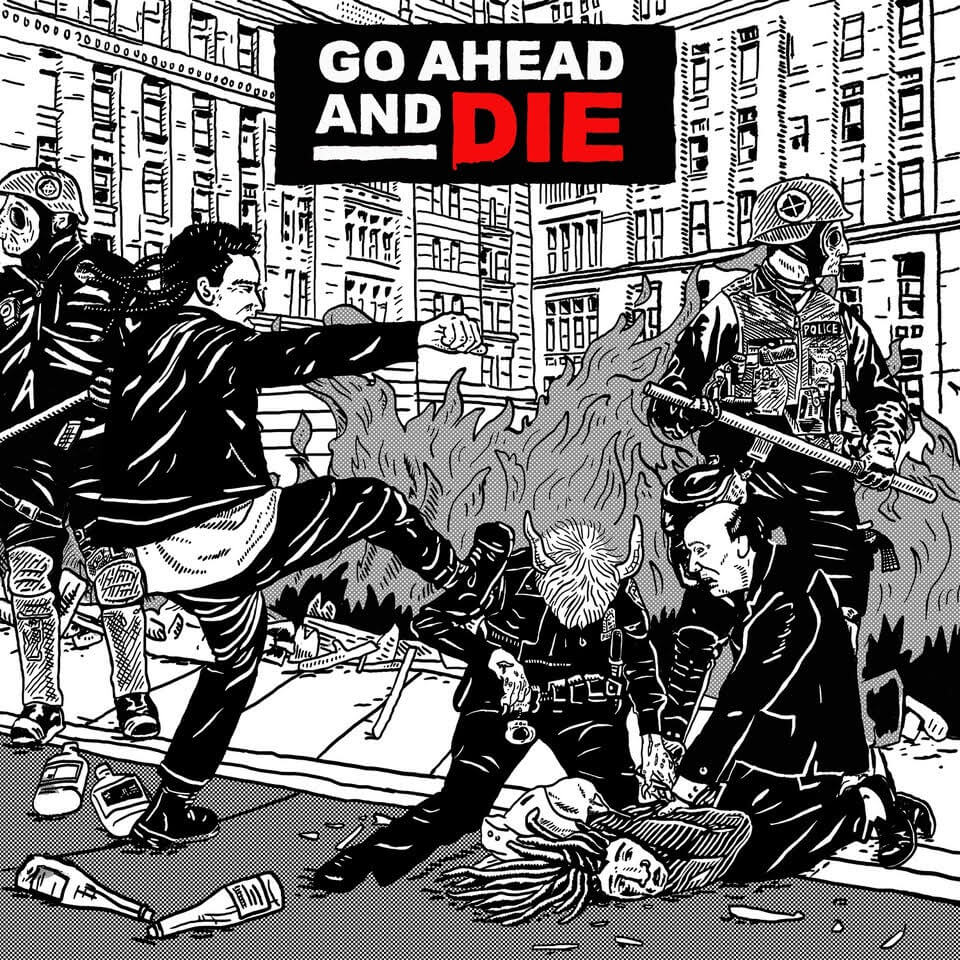 Go Ahead And Die

Go Ahead And Die

Go Ahead And Die is a new band formed by Igor Amadeus Cavalera and his father, Max Cavalera (Sepultura, Soulfly). The two spent time bonding over their love of bands such as Doom, Anti Cimex, Discharge, Hellhammer, Celtic Frost, and Napalm Death at a cabin in the Arizona desert in the summer of 2020.

The influence of these bands and an old-school approach is front and centre throughout the album. You get the sense that they had a lot of fun putting this material together. The songs were demoed on an old portable 12-track and drum machine during their days at the cabin while the two would spend their evenings watching old horror movies on VHS.

They decided to take the material and create a new band, enlisting the help of Zach Coleman (Black Curse, Khemmis) on drums for the album while they both split guitar and vocal duties with Igor handling the bass tracks. It’s very cool to hear Max getting in touch with what is probably a lot of his very early influences from back in the early 80s when he was starting with Sepultura. He has been very vocal, especially in the last few years, throwing his support behind many bands in the metal underground. With Go Ahead And Die, we hear that the old influences remain the strongest and seem to have taken hold of Igor as well. They both do a great job here with the riffs, creating simple but memorable parts in the songs. Igor and his father trade-off vocals throughout the album, bringing to mind Max’s previous collaboration with Alex Newport on the Nailbomb record. The production on the album also brings the old spirit. The performances have a loose feel, raw and powerful. There are short but extremely direct nods to songs from the 80s metal underground. For example, Prophets Prey opens with a riff that sounds like half the opening riff from Unchallenged Hate by Napalm Death while Punisher starts with a drum roll right out of Pleasure to Kill by Kreator. Go Ahead And Die are clearly and bluntly channelling the music they love and having fun doing it, and why not?

This album is not striving for originality. Honesty and passion for the music it’s inspired by makes it an enjoyable listen. You can hear Max having a great time on this record with his son and Coleman, a great drummer, enjoying the freedom to make some music without the spectre of Sepultura and Soulfly hanging over him. Fans of old-school thrash, death metal, and punk will find plenty to enjoy here.

Pre-order Go Ahead And Die HERE