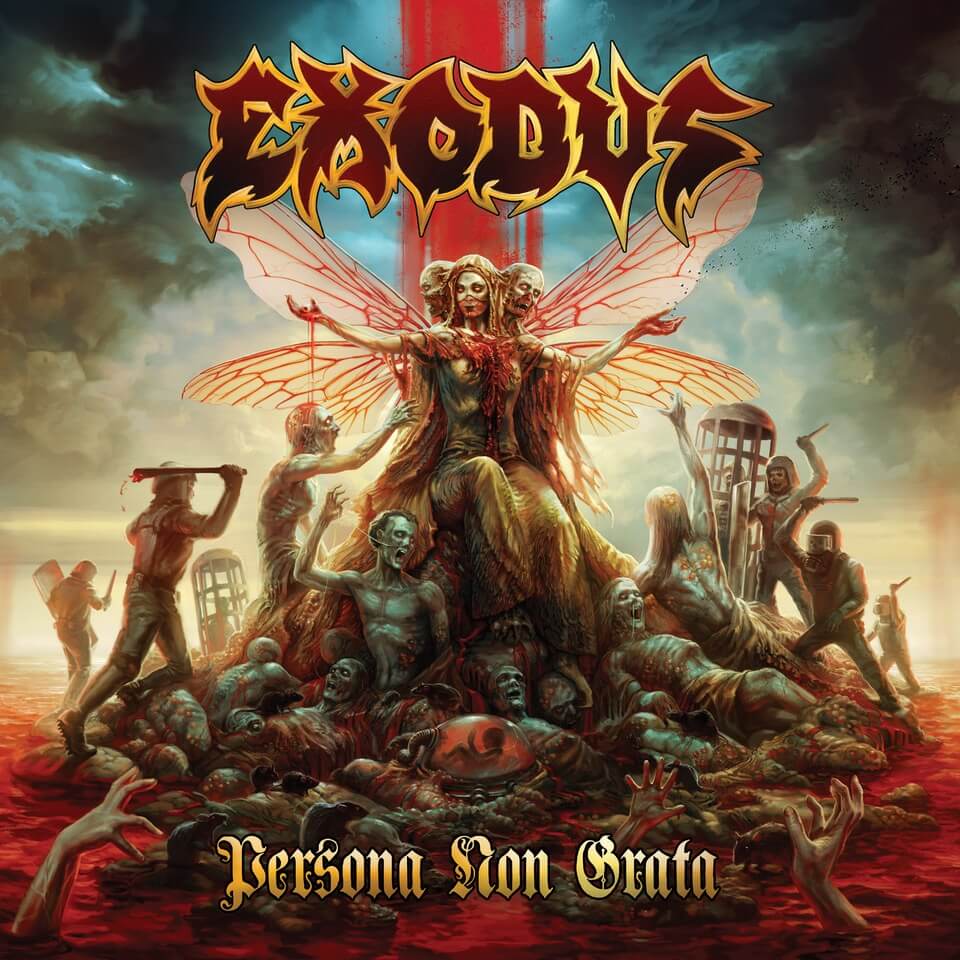 Persona Non Grata is the 11th studio album by legendary thrash metal band Exodus. Over four decades into their career, the band has lost none of its fire and sounds pissed off as ever on this new release.

The album features a bright and modern sound captured by Steve Lagudi and mixed by Andy Sneap, known for his work with Exodus peers Testament and Overkill. It works well with the material here. Musically, the album was primarily composed by the core of drummer Tom Hunting and guitarist Gary Holt. Holt, who recently finished his duties filling the guitar slot for sadly departed Slayer guitarist Jeff Hanneman, has split his time between the two bands for the last bunch of years. He now returns full-time and can put his focus on this new album. The results are very positive. Holt and Hunting have managed to craft some of the most aggressive songs we’ve heard yet from Exodus without forgetting the type of hooks found on some of their classic 80’s material.

This is also the second album since the band reunited with vocalist Steve “Zetro” Souza for 2014s Blood In, Blood Out. He sounds even more venomous on this new album with a quality to his voice that sounds at once old-school and contemporary. His trademark snarl contrasts with some lower vocal parts on songs such as Slipping Into Madness, and The Fires of Division. The Beatings Will Continue (Until Morale Improves) features some gang vocals that wouldn’t have been out of place on the band’s classic Bonded By Blood album and The Years of Death and Dying features Hunting’s first lyrical contribution since that album. It’s a mid-paced stomper that he was lyrically inspired to write by the loss of many rock icons over the past bunch of years. Album opener and namesake Persona Non Grata is another highlight. The longest track here at over seven minutes, it does a great job of showcasing the aggressive thrash tempos, crushing grooves, and slower heavy parts Exodus has mastered over their long career as one of the originators of this genre.

With touring at a halt during the creation of this record, the band had more time than usual to compose and capture their material. The result is one of the best offerings in their catalogue. A modern-sounding record with some key old-school ingredients long-time fans should dig and a thrash record that can stand with their contemporaries.