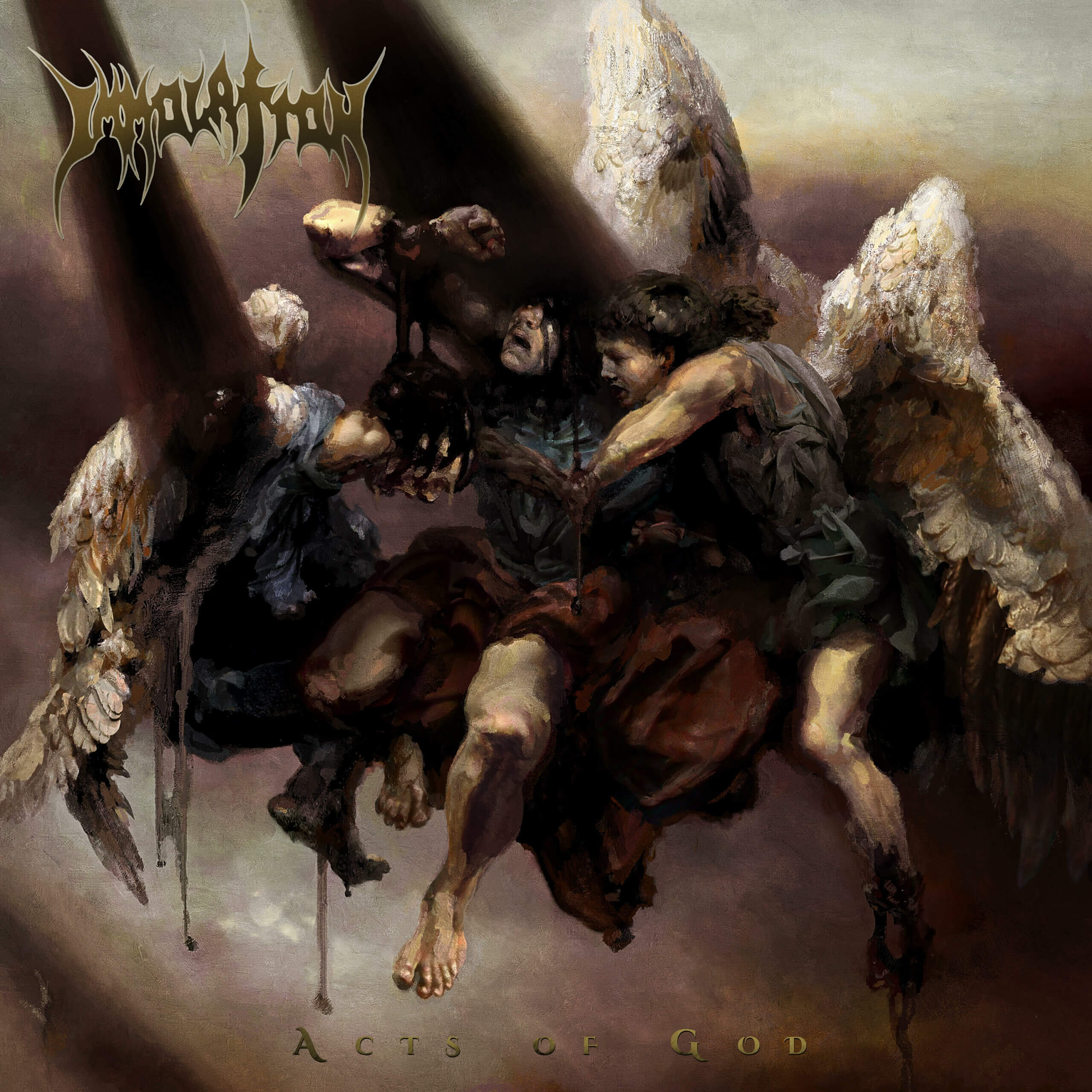 A commonality with many death metal bands that have their beginnings in the late 80s, is they generally have defining traits that set them apart. The American scene has contributed a lot to the genre, while the legend and influence of bands such as Death, Morbid Angel, and Cannibal Corpse continue to grow. Immolation can consider themselves a part of this small group of bands with immeasurable influence. Acts of God is their 11th studio album and another strong entry into their discography.

The main factors that define Immolation are its two founding members, guitarist and primary songwriter Robert Vigna and bassist/vocalist Ross Dolan. Vigna’s serpentine riffing style and eerie and melodic leads are a defining part of the Immolation sound. His playing and performance make him a unique guitarist in death metal. Dolan’s unmistakable bark is the other main ingredient. With lyrics grounded in real-life horrors, his disdain for organized religion is on full display throughout Acts of God.

The album opens with the down-tuned clean guitars of intro Abandoned before exploding into the second track, An Act of God and is a good indication of what to expect going into the album. Vigna and new guitarist Alex Bouks sound as if they are contorting the necks of their guitars as they lay down the riffs creating an uneasy feeling. The attack in their playing is noticeably audible throughout Acts of God. Drummer Steve Shalaty navigates the distinctive swing and sway of Vigna’s riffs augmenting them with equal amounts of groove and aggression, both deceptively catchy as he never lets complexity outweigh the songs. The 15 tracks that make up the album are consistently engaging with all the hallmarks fans of the band have come to expect. Recorded, mixed and mastered by Paul Orofino and Zack Ohren, their many years of experience working with Immolation shows as the album contains a massive sounding production.

Though Immolation delivered one of the best albums of their career with 2017s Atonement, Acts of God proves to be a worthy follow-up. For a band nearing their 35th-year, Immolation sound as vital and inspired as ever.