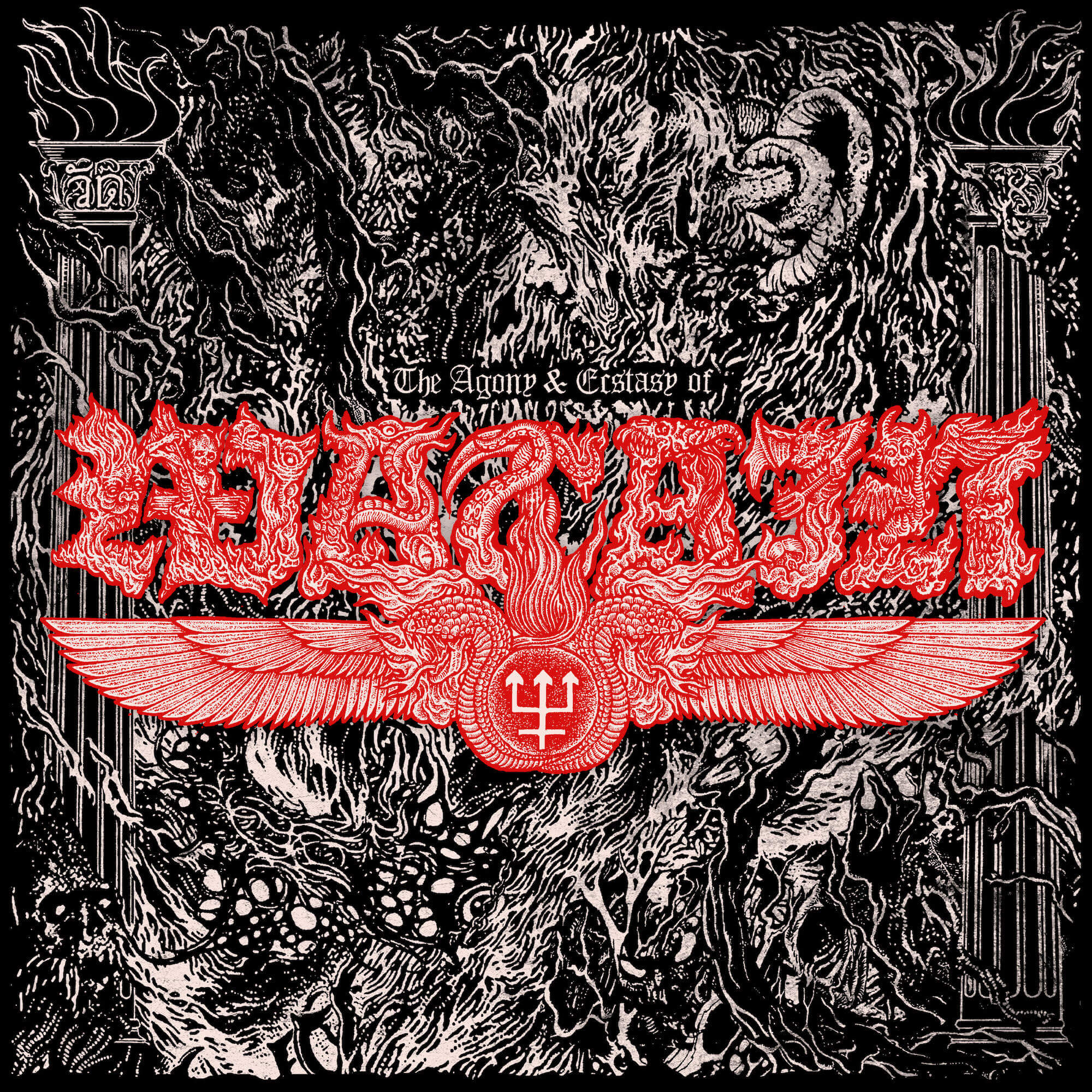 The Agony & Ecstasy of Watain

Watain is a band that provokes reactions but rarely indifference. No matter what side you sit on, it’s hard to argue their accomplishments. Bursting out of the underground with their debut album Rabid Death’s Curse, they followed it up with what many consider one of the best black metal records of the 2000s, Casus Luciferi.

The Agony & Ecstasy of Watain is their best work since that album. Recorded by long-time producer/engineer Tore Stjerna, the album was composed by the core trinity of E. Danielsson, H. Jonsson, and P. Forsberg. For the studio, the performances feature the five-piece live line-up of the band for the first time. The resulting energy captured is palpable.

After rounding out the 2000s with two more excellent releases, Sworn to the Dark and Lawless Darkness, Watain explored further with The Wild Hunt. The album featured some of their most melodic material and showed the band’s willingness to expand on its sound. Trident Wolf Eclipse followed and seemed reactionary with its all-out aggression. While the band was sincere in their expression, neither one felt as profound as the albums that proceeded them.

The Agony & Ecstasy of Watain finds a perfect equilibrium between melody and dark intensity. The material is more memorable throughout, songs like The Howling and Leper’s Grace being unrelenting in their delivery while having epic moments and the strongest hooks the band has composed since Lawless Darkness. Album opener Ecstasies in Night Infinite is one of the most intense songs the band has written to date. The performance of the touring line-up on the recording should come as no surprise to anyone who has seen Watain live. Their ability to turn on a dime between all-out intensity and brutal swing remains impressive and exciting. Farida Lemouchi (The Devil’s Blood) and Gottfrid Åhman (In Solitude) guest on We Remain. Lemouchi provides a haunting vocal while Åhman contributes a solo making the song one of the most beautiful the band has composed while also celebrating the bond the three groups share.

The ten tracks that make up The Agony & Ecstasy of Watain are exemplary. They evoke albums such as The Somberlain, De Mysteriis Dom Sathanas, Ride the Lightning, and Blood, Fire, Death while retaining their sovereignty. Seven albums in, Watain have created one of their very best.

Pre-order The Agony & The Ecstasy by WATAIN HERE