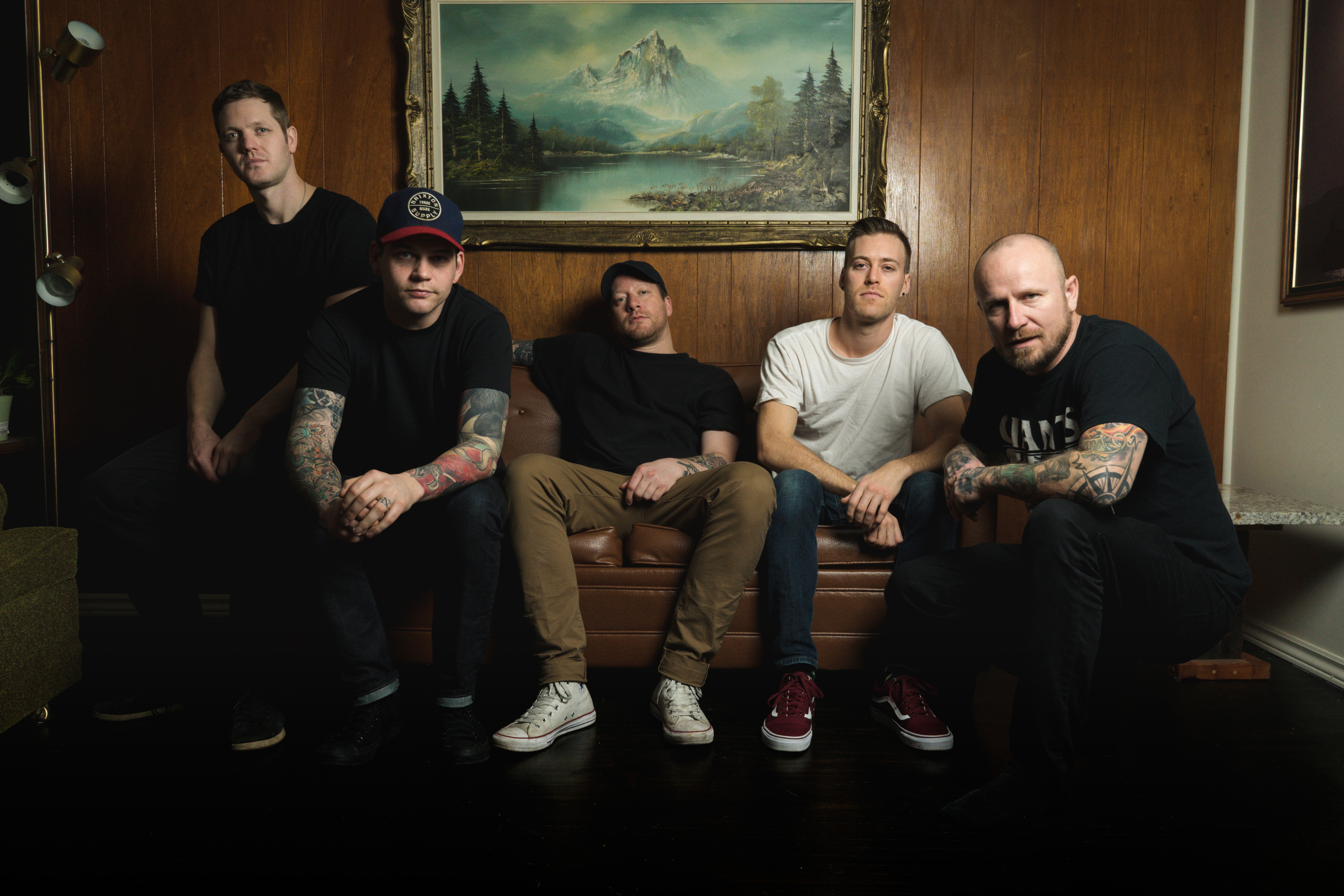 After almost 20 years and six albums, Comeback Kid have their sound right where they want it. Touring to the far reaches of the world they’ve spent their years testing their music with every kind of audience. Going into their upcoming album Outsider, they completely self-produced to assure nothing was out of their hands this time around. We caught up with singer Andrew Neufeld ahead of the album’s release to talk new band members, strange travels and what nearly two decades in the business looks like from the other sie.

Northern Transmissions: Was there any particular direction you wanted to go while evolving the sound this time around?

Andrew Neufeld: Generally we’re happy with how Die Knowing came out because it elevated our sound quality production-wise. We went a lot bigger and had a much more hardcore sound, as opposed to the previous record that was more of a punk-rock record. With this new record, we wanted those heavier aspects to bring the pop aspects to the front of the album. We wanted to be less apprehensive about doing big choruses this time around because they worked so well live. We wanted to make some more bangers, but kept the big, loud, in-your-face production.

NT: Is it still a Jeremy and Andrew writing effort or have things shifted to the whole band?

AN: It’s definitely me and Jeremy writing but the more involved member is Stu who’s been with us a few years. He’s a great song writer, he comes from the band Misery Signals, and he’s been involved with tons of other project. He really stepped up to the plate for this record. He showed up with 20 demos so it gave us a bit of a kick in the ass to write more. Then we come together and critique each others’ songs and move things around until we have better songs. Everyone in the band plays on this record, which hasn’t always been the case. We have a new drummer Loren and then our bass player Ron definitely lent his own flavour to the songs.

NT: How was the dynamic different with Loren on drums this time around?

AN: Every drummer is different so I definitely noticed the change. Kyle our old drummer and original member would butt-heads as it usually happens. But Loren was patient with us, and when we would say “I want to hear that same part but five different ways” he was always there and took the time to go over things till we got it right. He understands the songs and he’s quick to pick it all up.

NT: How did your collaboration with Devin Townsend happen and what was the most interesting part of that experience?

AN: He’s a huge influence, and he’s produced albums for our other bands like Sights & Sounds and Misery Signals so we’ve worked with him before. I was just doing a Devin-style vocal on “Absolute” and Jeremy said “Hey do you want to ask him if he’d do it?” It was very on the fly and I was apprehensive at first but we sent him the song and he dug it. He sent us back 10 tracks of different things to work with and we sprinkled it in so it was cool and different for us as a band.

NT: How was producing the album this time around and how did that change things?

AN: Things didn’t change too much. We’ve been doing it this way for a while now, we’ve worked with producers but we’ve never gone to the studios and had anyone f*ck with our songs or change parts. I know producers will sometimes do stuff like that. We trusted ourselves and with Die Knowing we still had Kyle helping produce but we felt we had it dialed down to where we wanted. It was great to have extra ears with the engineers to have it documented correctly. We didn’t think having an extra cook in the kitchen would improve things.

NT: What’s changed the most for you guys in the nearly 20 you’ve spent together since 2000?

AN: Sometimes I listen back to the earlier songs we’ve written and wondered what we were thinking. We started as a pretty simple band but hit a point where we went more technical. Now we’ve pulled it back where they’re structurally simple, but now we’re paying more attention to the songs rather than throwing parts together. It’s coming more natural to my tastes, accentuation certain parts.

NT: You guys have travelled to so many places like Africa, the middle east and asia, what’s the craziest thing you’ve encountered on tour?

AN: That’s what keeps me going. There’s so many crazy experiences to be a part of. We bribed our way into Indonesia when we didn’t have the right documentation, some guy just walked us in, and we found out we’d paid to get in. We’ve handed our passports to military personnel to get into areas in Jakarta. It’s all scary but it’s fun stuff and it’s cool to see how other places work.