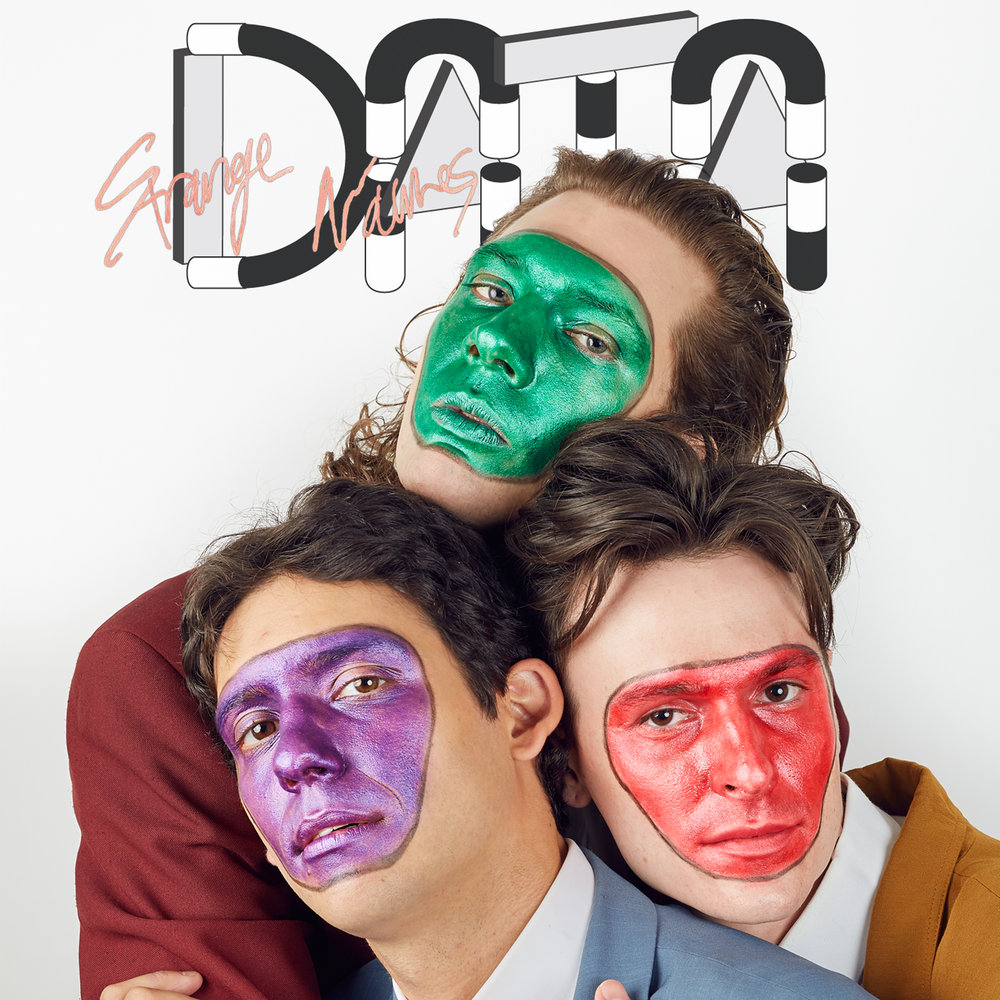 Nostalgia is a thing, isn’t it? What with everyone dressing like it’s 1992 or gorging ourselves on the 80s inspired
Netflix smash, Stranger Things, suffice to say, looking back to times gone by is a major contributing factor
across music, TV and fashion. Taking inspiration from bygone eras is hardly a new idea and when done well, a
la Stranger Things – it’s a blast but it doesn’t always hit the spot. Whether it was a conscious creative decision
or not is anyone’s guess, but Strange Names’ sophomore outing, ‘Data’, sounds like a lost 80s pop record,
down to its tiny, synthetic persona. It’s the audio equivalent to mullets, shoulder pads and dubious moustache
attempts.

Sonically, ‘Data’ feels templated, as if the sounds on offer have been programmed rather than organically
created, which is a curious observation as the record’s press release suggests the opposite “Where their
previous record emanated a more sleek and modular sound, ‘Data’ ushers in a more rambunctious, rock
centred audio aesthetic. “It sounds like we’re all in a really small room facing each other and playing in an
intimate way” the band comment “it sounds very alive”. Not wanting to piss on anyone’s parade, as this is
obviously an album that Liam Benzvi, Francis Ximenez and Fletcher Aleckson have poured their heart and soul
into but a rock-centric influence isn’t something that pours out of ‘Data’; it plays out like sounds that have
been spawned by pre-set triggers rather than an organic collaboration of 3 individuals jamming in a room.

Although collectively ‘Data’ falls short, there are some nice digital flourishes and nuances; like the chopped up
vocal sample of ‘Meditate’ and the ‘You Got the Love’-esque refrain found on opening track UFO; which
incidentally references E.T. “phone home/phone home” which works two fold – one being the 80s vibes and
the other being the narrative at album’s core which sees Strange Names taking on the role of extra-terrestrials
observing humans and collecting “data” – hence the album’s analytical title. Furthermore ‘Marvelous’ is a
standout track by being a little darker and weirder but ‘Data’ jars when it goes too pop or injects cringey
spoken word segments.

Whilst you can’t fault the alien observation narrative and some of the nice electronic ticks ‘Data’ feels like an
album that’s 30 plus years too late.