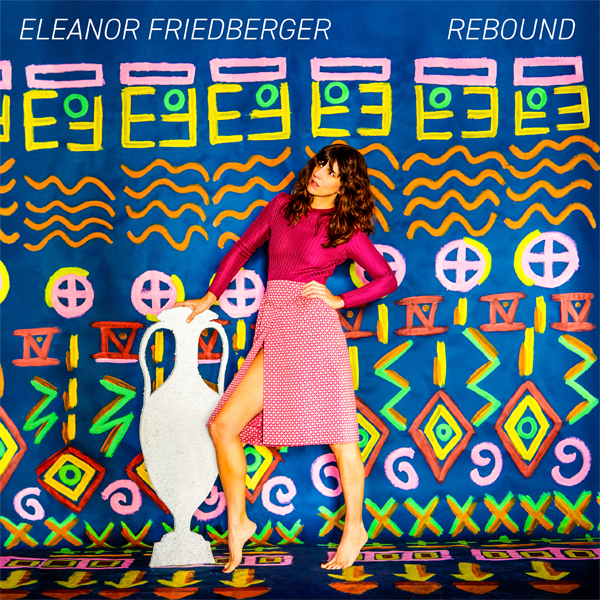 Over her past few albums Eleanor Friedberger has swapped out her aesthetics without second-guessing at all. For her latest effort, rustic instrumentation has been replaced with vintage synths and guitar tones, on an album that carries a bit of grey energy. While the sense of melancholy this creates can be powerful, it surrounds the album so heavily that it can feel almost too much at times.

The tepid beats of “My Jesus Phase” let the matter-of-fact lyrics really take focus in the song, and let Friedberger’s own sparse arrangements slowly trickle out. Just as it seems like the song is reaching its breaking point for monotony, Friedberger opens things into a dreamy wash of synths to round the track out in spacey beauty. Tones of 80s Cyndi Lauper make “The Letter” an invigorating listen and give the writing a little more oomph. However it’s a much more tempered listen that will prove a little more demanding for those looking for a little more energy.

“Everything” finds Friedberger searching through the sonic ends of her new sound, unleashing much fatter synth and guitar sounds into her otherwise cold aesthetic. While Friedberger does bring a little more variety here, there’s a spirit lacking to make the song really pop. Though this permeates the opening of “In Between Stars” the song shifts into sunnier energy almost as if Friedberger is emerging from a depression mid-track. As the song’s colour really blooms, the whole track becomes a euphoric rush of life.

The “Crazy Little Thing Called Love” beat to “Make Me A Song” makes the track instantly as addictive as every one of Friedberger’s “I can love you more” refrains. With a delightfully self-aware story in the track, the warm energy of the track feels fun and loose without sacrificing the album’s sound. Though it’s nice to see Friedberger expanding beyond the heavier sadness of the album, there’s a wonderful melancholy to “Nice To Be Nowhere” that explores the feeling in a more colourful way. The song maintains a subdued drive but gives listeners enough to hold onto to keep the song interesting.

Off-kilter riffs push through “It’s Hard” making for an awkward energy that really sets the song apart from others on the album. With a loose polyrhythm dancing through the track, the heavy mood behind the track becomes a little more frantic and interesting. “Are We Good?” lets sci-fi energy loose over its swinging riffs, and finds Friedberger really going crazy with her melodies. Along with the ugly angular guitars, the song is just a big step up in terms of sound for the album that it feels like a totally new direction.

The synths are infected with this more blooming energy on “Showy Early Spring” and Friedberger plays a lot more between all her instruments here. As the groove cuts through more than any other track on the album, Friedberger also lets out more of a dance energy than she usually focuses on. “Rule Of Action” lyrically and thematically sums up the record well as its darker tones are shrouded in weird skipping beats. In this sense of frantic confusion, the melodies emerge to make the song a flourish-heavy song full of delightful spirit.