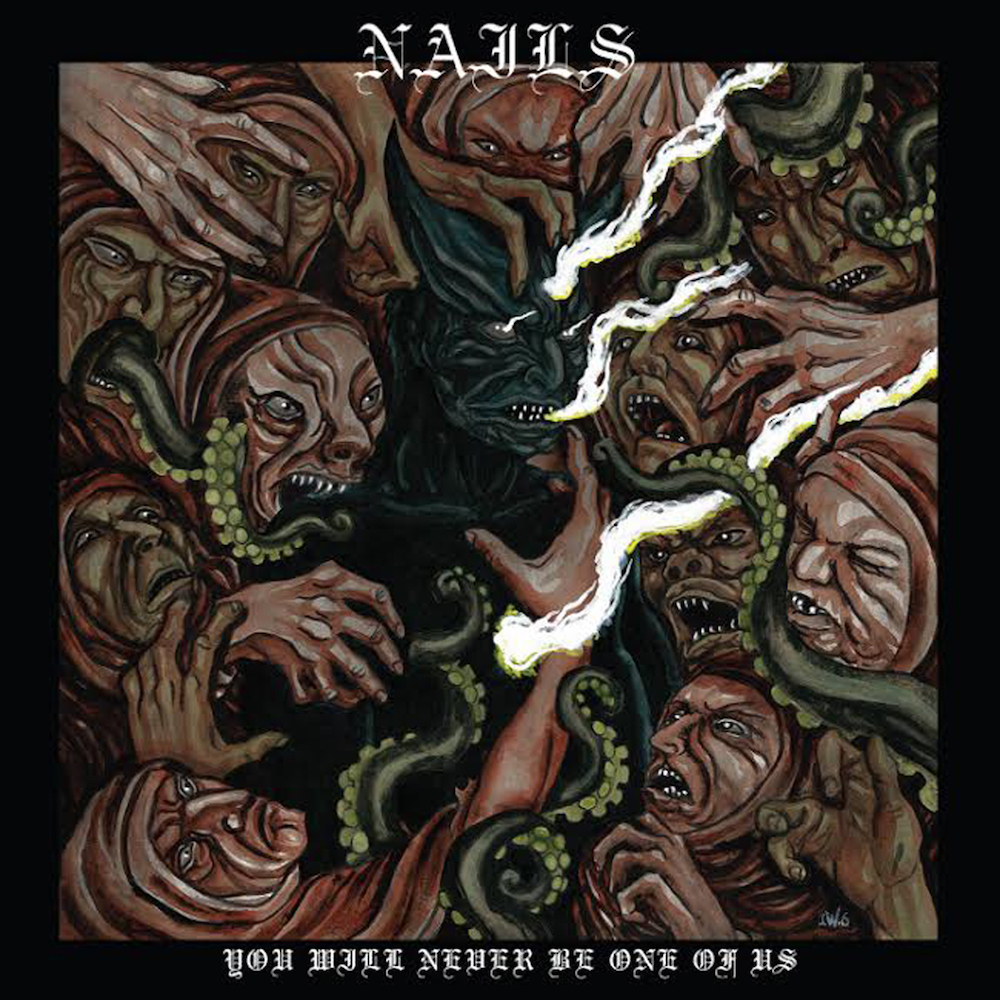 You Will Never Be One of Us

The history of hardcore is filled with anthems from “undesirables,” the fringe part of society often being tromped down beneath the boot of the ruling class. As if spitting in the face of society’s suckers, the bands’ use of raw powered riffs, fast beats and shouted vocals have been instrumental in getting outcasts to rally together and cry “We’re Not in This Alone.” But, shit, sometimes the enemy’s within your inner circle, and that’s when things get complicated. Todd Jones, longtime guitarist and vocalist for California grindcore outfit Nails, knows that there’s already some weasels in the henhouse, and the band’s new album, You Will Never Be One of Us, aims to kick them the fuck out.

On the one hand, the album title seems wholly uninviting, but the statement isn’t exactly elitist. In a press release, the thick-throated screamer calls the opening title track “a knife to the throat of the people who come and litter their bullshit and impose on everyone for their own selfish agenda.” As it stands, it’s set against anyone that threatens the safety of the scene, or those who may be abusing the kindness of the underground music community. That said, it doesn’t matter if you’re Nails’ friend, fan or foe–the new record is going to wreck you.

The aforementioned title cut opens with a wailing wall of feedback, but the arrangement quickly detonates into a series of detuned guitar runs and shrapnel-shooting drum blasts. “Fuck your trends,” d.i.y. lifer Jones howls to the fickle as the rest of Nails’ assault is hammered through the speakers. Fully separating himself from the phonies, he screams “something disgusts/ you will never be one of us” Keeping to a theme, the scissor beat-driven “Parasite” is another furious fuck you to scene leeches whose true identities are less than ideal.

Nails’ latest is, for the most part, a full speed blitz mixing together elements of hardcore, thrash, death metal, and grind into one terrifying blur. There are a few brief reprieves, but chunky mosh swing’s like the opening moments of “Made to Make You Fail” are no less determined to mash you in the face and leave a mark. But while the album is ultimately menacing, there’s a riff in the breakdown of “Life is a Death Sentence,” that fittingly, though goofily, brings to mind a gloom metal spin on the melody to “Happy Birthday.” While oddly hilarious, the track is still mighty oppressive.

At three-and-a-half minutes long, “Violence is Forever” is the record’s second longest song. It’s an almost Entombed-style death ‘n’ roll stomp that lets Jones stretch out his sonic approach with rich, ear-bleeding tapestries of feedback and a decadent, closing bend fest. Slow-mo finale “They Come Crawling Back” clocks in at over eight minutes long, with the trio twisting the knife mercilessly, despite its comparatively relaxed pace.

If you’re dedicated to extremes-pushing, Nails latest is a gratifying gift from the new gods of metal and hardcore. If not, don’t be surprised if you end up on the wrong end of Todd Jones’ steely stare as he shouts “you are not one of us.” 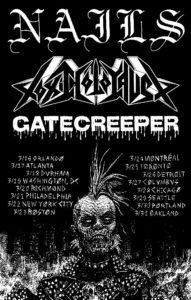