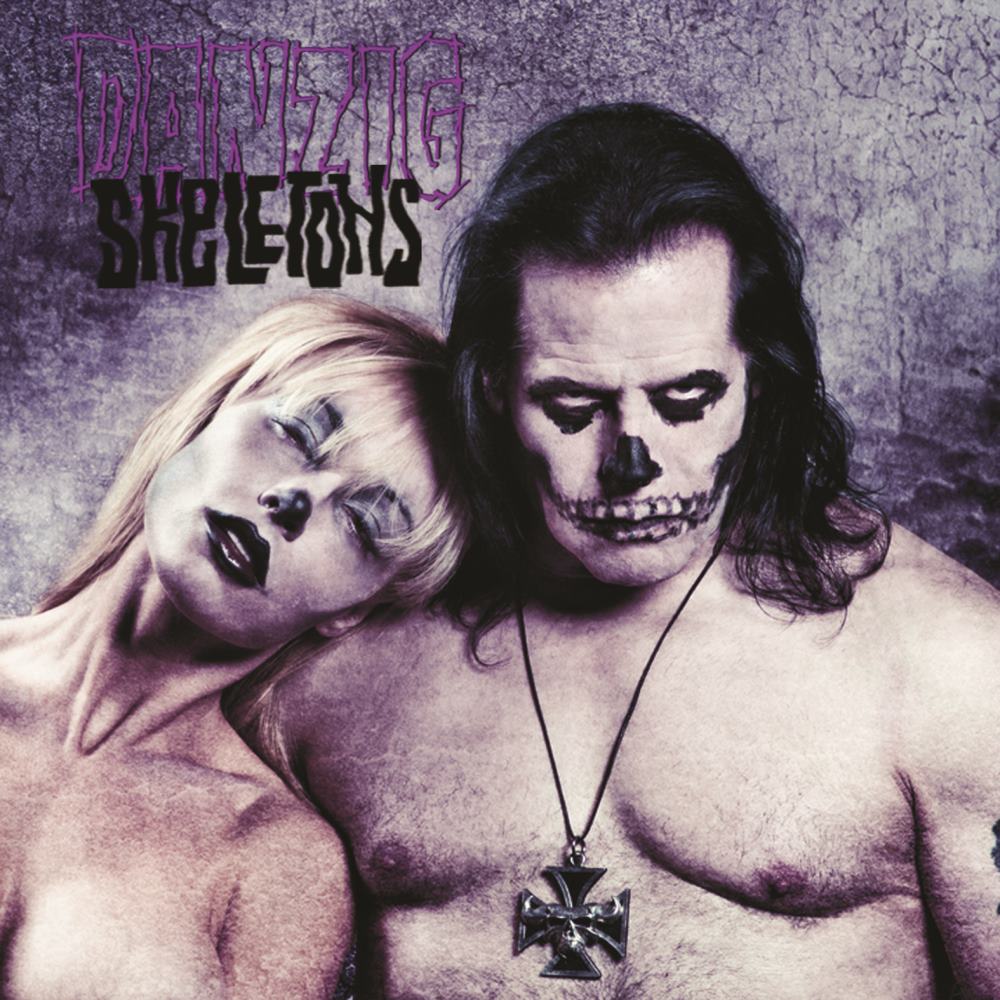 The last several years have been a major dry spell for Glenn Danzig fans, with the beloved, baritone-voiced punk-and-metal icon not having issued a proper Danzig album since 2010’s Deth Red Sabaoth. That’s not to say that the dude hasn’t been busting his butt for the fans, though. He’s been maintaining a healthy tour schedule for one, though recent interviews have suggested that the 60-year-old’s traveling days may soon come to a close.

He’s also apparently been hard at work in the studio, and is reportedly more than half-way done his next set of originals. There’s also been on-again-off-again talk of an EP’s worth of Elvis Presley songs, a no-brainer considering the onetime Misfits singer’s comparable croon.

Ahead of both of those ETA-deprived releases, though, is Skeletons. This 10-song set has likewise been talked about for what seems like ages, but it’s finally arrived in the flesh. Throughout, he salutes anything from the ’60s pop of the Troggs, to early metal lords Black Sabbath, to revved-up obscurities pulled from b-movie reels.

Before you can even slap on Skeletons, it’s clear that Danzig sure loves his rock and roll. The album cover, a photo of a steely-eyed Danzig in skull-face paint with model Kayden Kross resting on his shoulder, is a visual nod to David Bowie’s 1971 set, Pin-Ups. That album, of course, found Bowie saluting some of his favourite songwriters, so Skeletons’ pun is doubly potent. For better or for worse, there aren’t any revamps of anything by the Thin White Duke.

Oddly, for a record that’s been in-the-works for at least four years now, the tributary project feels somewhat undercooked. The set does start off strongly, though, with a fuel-injected, dirty and distorted version of Davie Allan & the Arrows’ theme to ’60s biker flick, Devil’s Angels. A thick and greasy veneer of distortion courses through the cut, while Danzig does his best to offer up a few especially derelict howls. Though pulled from a similarly-themed film, the newly revamped “Satan’s Sadists” applies layers of fuzz to a “lost and lonely” roadhouse blues.

It’s this overreliance on ear-obliterating distortion that causes one of Skeletons’ many problems. There’s a uniform noisiness to the guitars, which make for an on-autopilot feel. Adding to the bizarreness of the album production, Danzig’s vocals are jarringly high-and-dry in the mix. In most cases, that’s not a bad thing, but he seems to be struggling on a few of the covers.

A new take on Black Sabbath’s classic “N.I.B.” commendably tries to shake things up by slowing down the original’s horns-hoisting hard rock pace down to a half-time, mosh-style groove. All the same, Danzig doesn’t exactly gel into the mix, nor does his beefy baritone hit the same heights as Ozzy Osbourne’s worried tenor. While a blazing guitar solo succeeds, the cover is also absolutely infested with over-the-top pinch squeals.

An anemic take on Aerosmith’s “Lord of Thighs” tries to get physical with us, though Danzig sounds out of breath as he slips out a few dirty come-ons. It’s not like the singer hasn’t done sexy before, but the tune comes nowhere near older, sweat-soaked and sensual Danzig grinders like “Twist of Cain” or “She Rides.”

A back-end of empty pop-punk arrangements nearly ring the requiem bell for Skeletons, but Danzig smashes expectations with his version of the Everly Brothers’ “Crying in the Rain.” Gone are the full-blown, block-headed power chords that dominate most of Skeletons. Instead, a haunted plunk of piano and sparkling six-strings sublimely support a passionate, though dialled-back performance from the frontman. It’s restraint is its biggest strength, suggesting Danzig could may well shift from goth-punk to later-period Elvis in a pinch. It’s the meatiest moment on Skeletons, a finale worth savouring until he finally unleashes his long-promised, King-saluting EP. 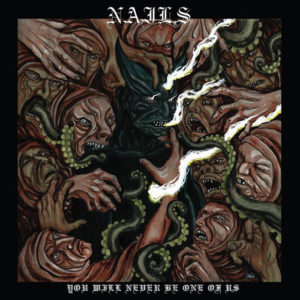 ‘You Will Never Be One of Us’ by Nails