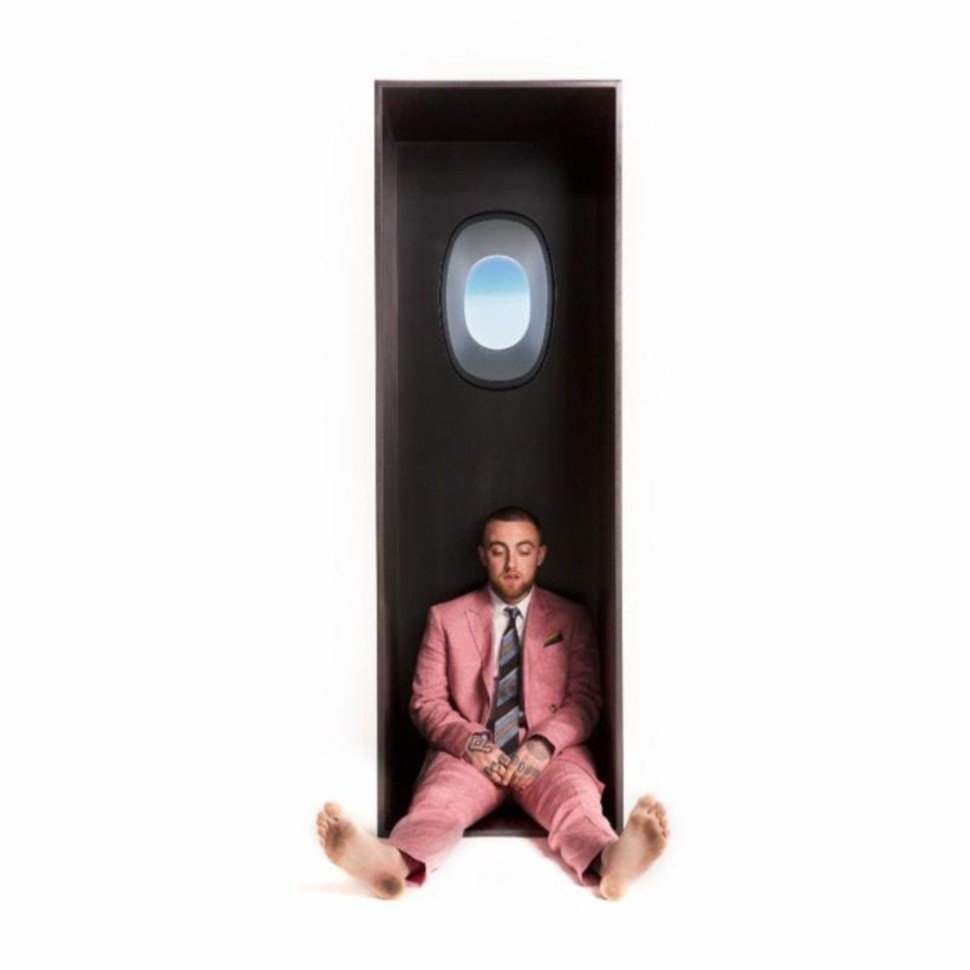 Though he’s made so much of his name for himself through great collaborations with others, Mac Miller delivers the  goods on his solo work. While it’s not changing the game, Miller’s newest record brings forth powerful stories and production that always feels right for lyrics. Accessible and with the depth to make it sustainable, this record will have you coming back for repeat listens.

Next to much of the record, things start off on a much calmer and glossier feeling on “Come Back To Earth” where synths and bass run with wonder. Here Miller also brings such a cutting honesty that it’s too refreshing to ignore. While “Hurt Feelings” can feel straigtforward at first, Miller’s little touches of vocal hooks and all the accented lyrics really breathe life into the track. With vocalists joining the song at every moment, there’s a natural sense of growth as the song goes on. Just as quickly, things switch to a great funk groove on “What’s The Use?” and Miller leans into the bass as if it was his natural state. Even in his little vocal percussion, Miller makes sly references to Elon Musk as he moves through his catchiest track in ages.

The little Latin rhythms of “Perfecto” makes Miller’s laidback delivery feel all the more right, while his mumbling does feel a little hard to break through. Across several tracks here, Miller also outro’s with ambitious direction on many of his songs and takes his songs off the map. This extra work makes the generic moments of something like “Self Care” feel like less of a drag, and even make its dramatic switch in energies feel less drastic. Unfortunately, despite its sparse approach and twisted vocal mixes, “Wings” is just too spread out to work quite as well as other tracks on the album, and often feels more moody than driving.

Whether it’s the heavy-handed crawls that start “Ladders” or the disco-funk that takes it over, the song grips you again and again. Miller’s effortless swagger across the track never feels quite so loud as contemporaries like Bruno Mars, which helps set him apart in the end. Though it’s not painfully derivative, “Small Worlds” often seems to only speak to a niche of hip hop fans, as it hits a distinct vibe of its modern indie rappers. With this in mind however, Miller comes through with exciting voices again in the refrain’s background hooks. Though it’s a little stale from a production standpoint, Miller leans into the lyrics more than anything on “Conversation Pt. 1” for not only a powerful statement but an intriguing opening to a series of tracks.

“Dunno” slow-burns its story to let listeners slowly come into its story of love while also seeing the darkness in it. It will require some patience but this lighter sound really strikes a good balance in Miller’s lyricism and emotional sounds. The production however takes the wheel on “Jet Fuel” where Miller’s dynamic delivery is extended through the expanding range of samples.

Mac even spins some modern hip hop tropes in the background of “2009” to make a track that supports his inspiring thematic refrains like “A life ain’t a life till you live it.” Even without a high-energy drive to the track, Miller strikes a chord with listeners by breaking things down from a personal place. Weirdly, “So It Goes” closes things on the most instrumentally focused sound of the record, and even closes on something resembling a “Blade Runner” score. As a look at things to come, this new push bodes well for Miller’s next recordings.