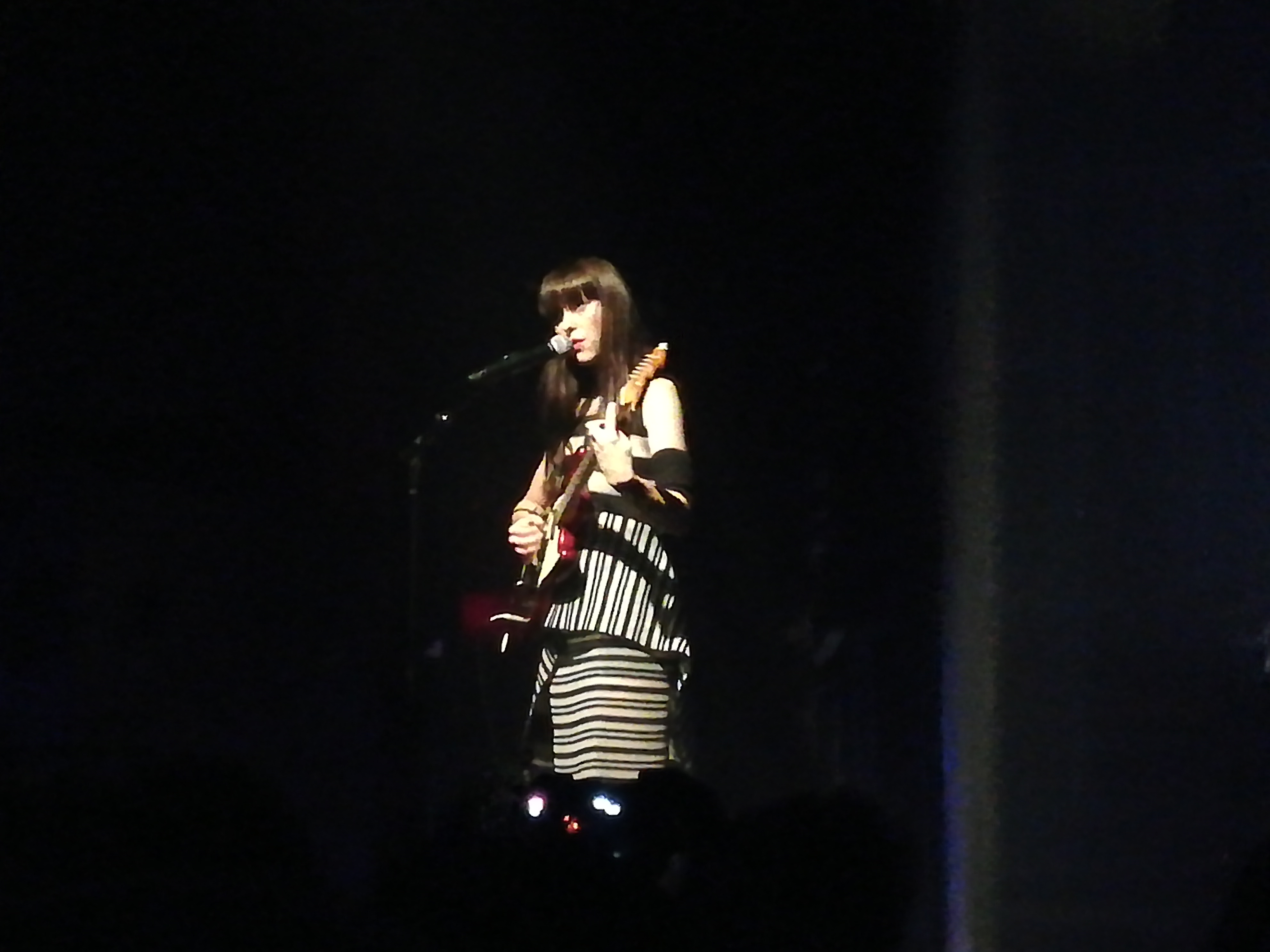 While Kimbra’s latest album Primal Heart has been set back to an April release, her set at the Mod Club in Toronto with Arc Iris gave us more than enough new material to tide us over until it comes out.

While it’s been some time since Jocie Adams has played with The Low Anthem, her sense of theatrics was clear the second she stepped on stage in a cape. Performing through material old and new, the Rhode Island band was a site to behold as Adams lifted her cape astride her like wings. The band’s funk-infused  art-rock was the perfect opening for the night, especially with their lively, coordinated dance moves. With their powerful music and a live show that stood out on its own, the band made it easy to forget for a time that they weren’t in fact the headliners for the night.

As Kimbra took the stage however, her bizarre box-laden set immediately made sense. With band members in the sheet-covered boxes behind her, she could interact with her projections and band at any given moment, much to the crowd’s enjoyment. Kimbra started the night out on a heavy swing of new material from her album Primal Heart, making the sets start extremely intriguing, if at times harder to get immediately lost in. Playing through amazing new songs like “Version of Me,” “Human” and the stunning “Black Sky” Kimbra’s performance really made the song’s work on the first listen. Starting the set with five new songs in a row however definitely made it harder for the crowd to build a lot of momentum during her opening.

Her unique take on “Settle Down” was an ambient version, giving fans something new as well, but while the song was a stirring listen it felt a bit too indulgent after such an unfamiliar opening. Kimbra immediately launched into Golden Echo tracks “As You Are” and “Love In High Places” as the audience immediate started throwing up their hands to sing along. Switching to more familiar new songs like “Everybody Knows” Kimbra was able to keep the crowd moving throughout the track. Her performance and interaction with the crowd was the constant life blood of the show, with every hand movement and full body whip setting the audience into a frenzy.

Bringing the audience back to Vows again with “Two Way Street” she had people singing along as much as grooving with her, as she used the song to rile everyone up. Closing her initial set with 2016’s “Sweet Relief” she led the crowd into more dancing than she had done all night and looked ecstatic for it. Returning to play “Top Of The World” the crowd was chanting the song’s mantra-like lyrics along with her, making the already spiritual energy of the song hit home even harder. Returning a second time, Kimbra sat down to play a cover of Amy Winehouse’s “I Heard Love Is Blind” on guitar, closing the set on its most tender moment. Thanks to Kimbra’s amazing vocals and over-the-top stage theatrics, the show was always offering an immersive moment, but given how rare her tours are the minimal amount of hits from her previous albums definitely left the setlist itself feeling a little light.