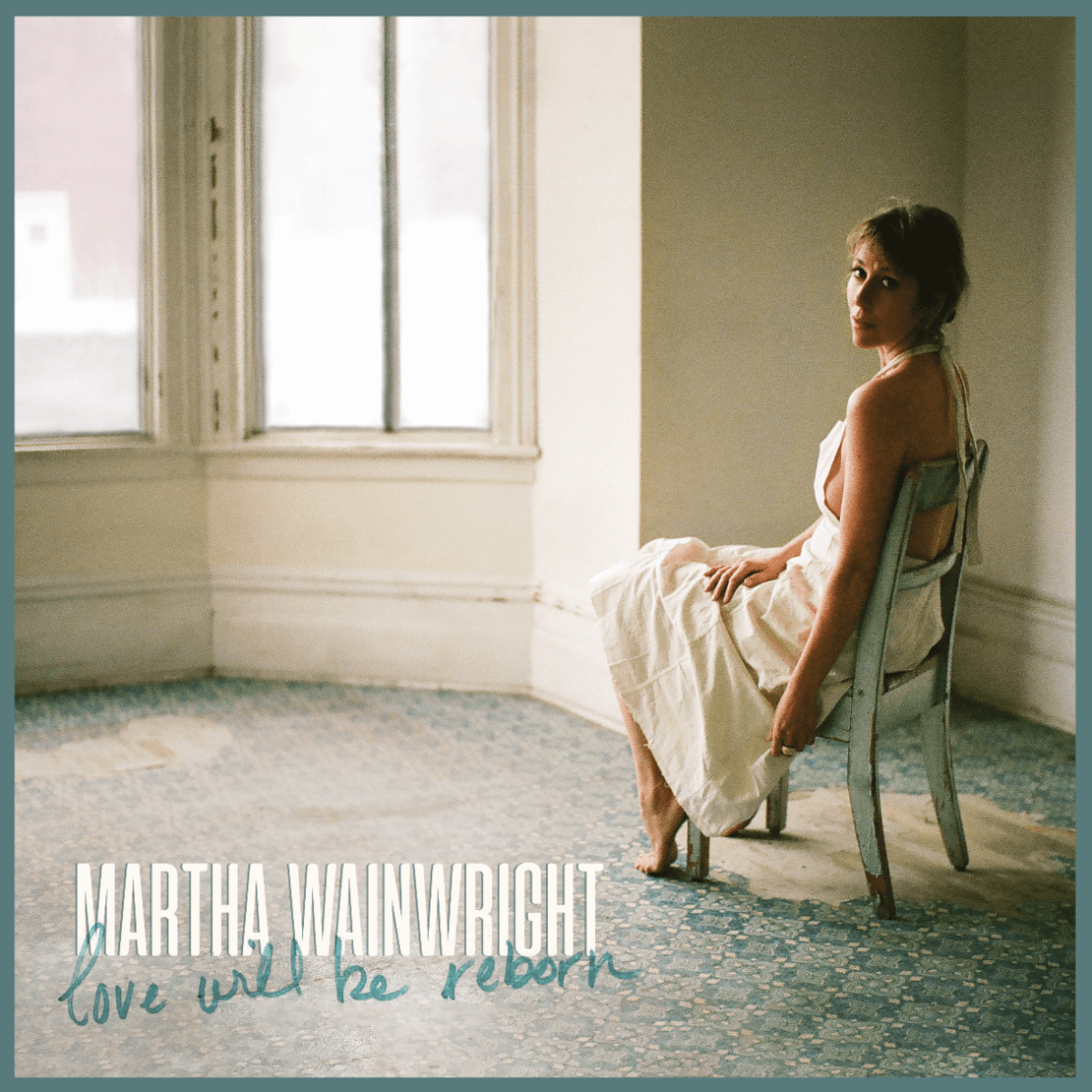 Love Will Be Reborn

As someone who lost my mother when I was a young man, I perk up when I hear a mother singing about her children. Especially when it is full of love and hurt, longing for peace and the making or breaking of a home. In the middle of her bare-all album, Love Will Be Reborn, Martha Wainwright sings.

“Bring me your report card, I wanna read it again.” This album, which is about her divorce from long time husband, producer Brad Albetta, her kids, who she only sees part of the time now, and her rebirth into new love (“I got naked right away when I saw you”), is full of honest lyrics and soulful/ethereal vocals about what it’s like when your heart falls apart and you have to put it back together again.

Martha, who is the daughter of Louden Wainwright II and brother of Rufus Wainwright, who is seven studio albums in now, has always processed her life through song. “And Rock & Roll can you save my life? / Can you make me live forever?” she sings on the opener, “Middle of The Lake.” It’s clear that songwriting is a salve for her, and I imagine for many people who listen to her. She is a Canadian resident currently, and this is what she calls her “Canadian album.” It is at turns folky, country, and throughout, with her wonderful vocal acrobatics and interesting modulations, it can even sound like something theatrical, like Kate Bush or David Bowie.

It is smattered here and there, as you might suspect from the title of the record, with confessions of her belief in God. But it is not a religious woman who says things like “Don’t fuck with my kids.” Instead, it is a woman who is steeped in the power of song and telling your story. “And the radio’s on / It’s playing my song / it’s the one that will take us to the end / if we defend our love and our souls we mend.”

It is a lengthy album, almost an hour and eleven songs altogether, but there is great variety from start to finish, and the story, given that time, gets as close to fully told as possible. If there’s one take away from the album, it’s that tragedies happen, but the good will come again in time. “And there is love in every part of me, I know / But the key has fallen deep into the snow / so when the spring comes I will find it and unlock my heart to unwind it.” This album is Martha springing back, and giving her listeners the heartfelt assurance that even after rough times, and even though things might be different in tragedy’s wake, there is hope and “justice,” there are new beginnings, and that the love we carry in our hearts can be turned into a beautiful, life-changing song once again.

Order Love Will Be Reborn By Martha Wainwright HERE