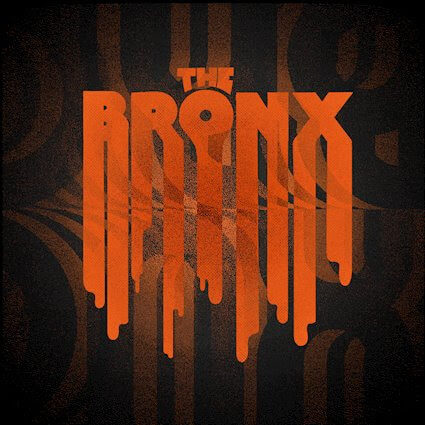 Over their nearly two decades as a group, LA punks The Bronx still approach their craft with the same insatiable hunger as they did in their formative years, way back when in 2002. As the band ready their sixth self-titled album, otherwise known as ‘VI’, vocalist Matt Caughthran is quick to point out that whether it’s new material or something off their first LP, it still harnesses the same power and energy “The feelings I got when writing for this sixth record is the same type of feeling I got writing “Heart Attack American”.

It all comes from the same place and it’s all still 100% genuine and real. Believe me – I’m still feeling the raw emotion that I felt when this band first started. That’s just who I am, that’s who we are as people. You can’t fake stuff like that when it comes to music or art. You have to stay connected. You’ve just got to be real”.

With their sixth outing, its business as usual as far as a Bronx record is concerned; big punk ‘n’ roll songs primed and ready to be deployed in sweaty basement clubs, being sung en masse by a heaving crowd of rabble-rousers. The five piece have spent almost 20 years straddling the worlds of punk, hardcore and rock ‘n’ roll, while it’s ‘VI’ that leans most on the latter genre. There’s a cockiness and a groove to the unit’s latest offering that aligns nicely with their penchant for punk discordance. However, some of the previously omnipresent raw edges have been smoothed off, meaning that parts of this new album lose the archetypal Bronx impact we’ve all come to know and love. For every ‘New Lows’, a song anchored in a distorted, gnarled frenzy, there’s a ‘Peace Pipe’ which opts for a mid-paced, laidback rock sound. While some of the less aggressive songs usher in a welcomed pop element, such as summery backing vocals or an outrageous guitar solo, there’s no ignoring that their inclusion on ‘VI’ dilutes the usual full throttled Bronx sound. That said, not every track that shifts away from the group’s punk roots flies wide of the mark; ‘Mexican Summer’ provokes a darker tone that’s portrayed by a surf-cum-desert-rock shtick, it’s then amplified by Caughthran barking “we’ll burn down paradise”. Album closer ‘Participation Trophy’ sashays with an assured hip-wiggle and a coy swagger, which again is personified by Caughthran’s bullish words “we came here to annihilate you”. Although preceding song ‘Jack of all Trades’ is a tad safe and predictable. Equally, ‘Watering the Well’ falls into the same rut; a song that’s not as dangerous or attention grabbing as some of its peers.

Where ‘IV’ strikes gold is when the ante is upped and a feeling of chaos is ensued. ‘Curb Feelers’, with its stop-
start bursts of fury, encapsulates the bedlam of a Bronx show. ‘Breaking News’ is all out mayhem, which has Caughthran yowling “breaking news/we’re all fucked/everyone’s shit out of luck”. ‘High Five’ deploys a sense of menace and danger, thanks to its pounding drums and searing riffs. The notion of darkness and foreboding is elongated by “this is not a church/but you better believe/heaven’s what you want/but hell is what you need” which is bellowed by the group’s mouthpiece at the track’s core.

‘IV’ may not pack the same consistent wallop as their previous eponymous outings but there’s still enough firepower to kick off many a moshpit.

Order IV by The Bronx HERE