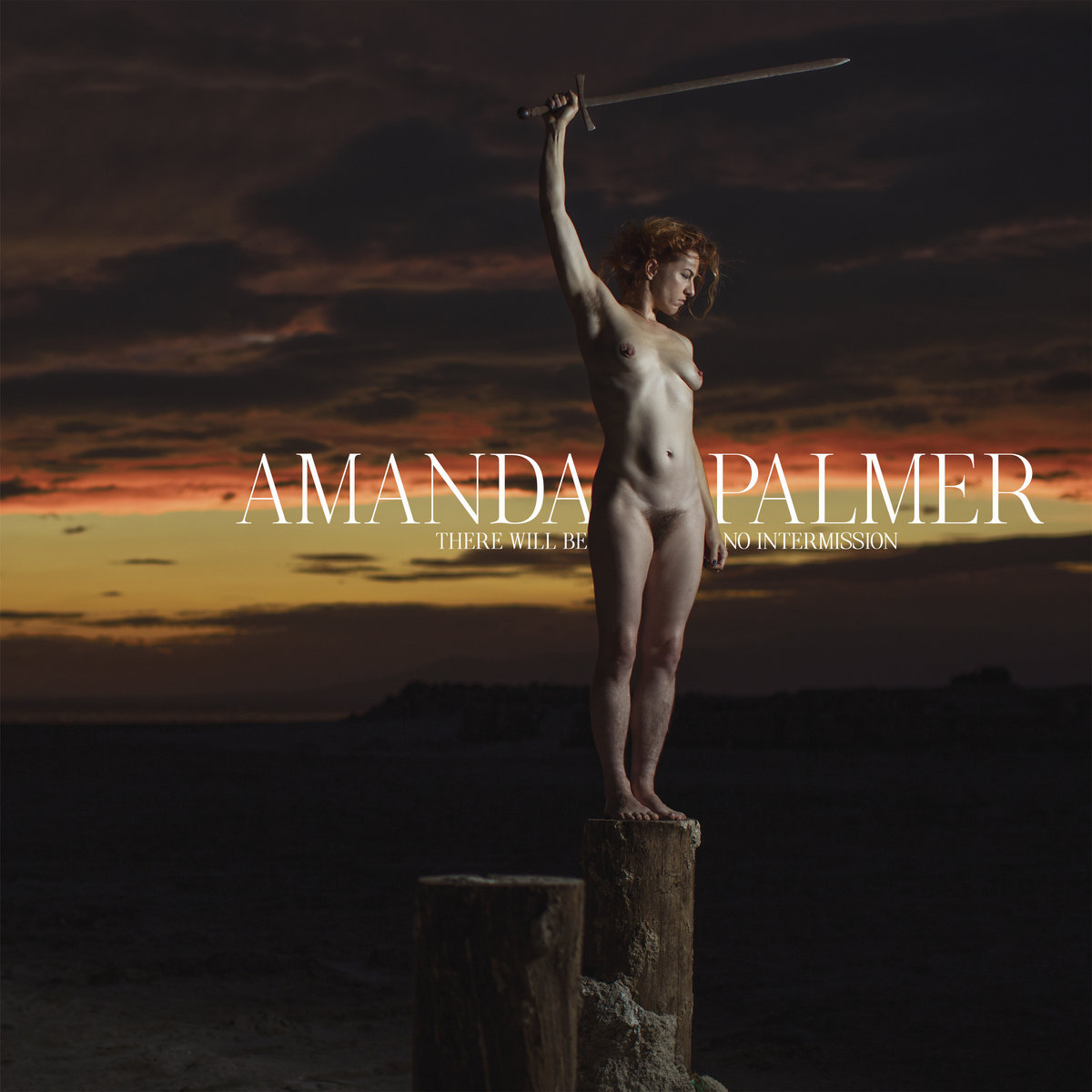 There Will Be No Intermission

Amanda Palmer is one of those musicians whose evolved in so many unique and strange ways, that she’s evaded firm definitions outside of piano and ukulele. In her latest outing, Palmer adds a classical band around her usual writing but doesn’t necessarily tie it together. While this new record finds cohesion in some truly beautiful ways, it searches for long enough that you may need a few listens to properly enjoy it.

Palmer opens her record with a kind of symphonic suite, full of powerful bells and ominous sounds. If anything it’s kind of funny that Palmer is finally using a massive range of instruments after shedding her Grand Theft Orchestra (at least in title). Many songs come out as emotional but sparse piano ballads, enriched by the fun genre jumping in Palmer’s playing. This does however leave parts of the record feeling disconnected or at least lacking a thematic cohesion.

While there’s something utterly brutal to the story behind something like “The Ride” it lacks this kind of scope in its instrumentation to keep you engaged the whole way through. Though it seems like there’s a touch of autobiographical qualities to this kind of writing on “A Mother’s Confession,” the way it’s delivered will prove testing across ten minutes. Thankfully, Palmer taps into the great power of her band soon after, with tracks like “Drowning In The Sound” booming with Goth power.

Palmer actually plays with these more meandering moments as the record goes on, nearly droning on her ukulele or piano at times. It’s in the shouting and mesmerizing band swells of “The Things About Things” or the dreamy soundscapes of “Judy Blume” that show how she can really turn the mundane into something more.

Unfortunately many of this album’s acoustic songs would feel more exciting and raw if it weren’t for the far-reaching compositions dropped in every interlude. Given how many times we’re seemingly taken to some night at the symphony, the jarring switches to singular voices can feel deceptively boring until you listen to the record a second time. Admittedly, this does give more life to songs like “Bigger On The Inside” where the explosive directions the writing takes feel stronger with their quiet beginnings. It’s interesting too that “Voicemail For Jill” manages to be one of the most poignant and tear-jerking songs, as it reins in many drawn-out writing schemes and takes you on a journey, rather than just talking to you.

“Look Mummy, No Hands” is itself one of the rare moments that seems to constantly merge these interlude feelings with Palmer’s versatile piano playing. With this warped musical feeling and Palmer’s lyrics drifting between surrealism and true tragedy, her genius as a writer really shines brightest on this track. Though it’s not quite as dense of a listen, “Death Thing” hits almost as hard by the time it ends. Merging Beatles’ references, colossal theatrics and a heartbreaking delivery, Palmer ends the record like a play in the best way here.