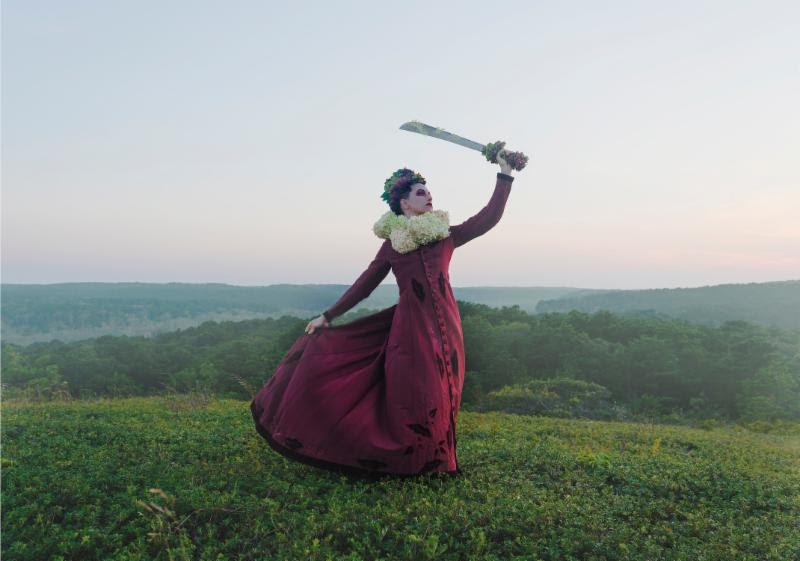 There Will Be No Intermission is the title of the third release from Amanda Palmer. The full-length is described as the singer/songwriter’s most powerful and personal collection to date, with songs that tackle the big questions: life, death, grief and how we make sense with it all. While the themes may be dark, the album’s overall sonic and lyrical mood is one of triumph in the face of life’s most ineffably shitty circumstances. “Most of these songs were exercises in survival,” says Palmer. From Palmer: “This isn’t really the record that I was planning to make. But loss and death kept happening in real-time, and these songs became my therapeutic arsenal of tools for making sense of it all.”The album was recorded over a single month in Los Angeles by GRAMMY® Award-winner John Congleton, and available December 14th.

Palmer’s “Drowning in the Sound” was written using crowd-sourced comments from Palmer’s blog – explores hidden connections between political unrest, the impending uncertainty of Hurricane Harvey (many of her fans had evacuated their homes the day before the song was written), climate change, the solar eclipse, internet-hate and, bizarrely, Taylor Swift. One of the more lavishly produced songs on the album, the song combines Palmer’s singular style of piano-taming with a restrained chorus that pays sonic homage to two diverse but connected mentors: Prince and Ani DiFranco.

Amanda Palmer on There Will Be No Intermission

“I’ve never been nervous about releasing a record before, but this one is different. The rise of global fascism alongside the spreading fire of #MeToo has forged a louder megaphone for all women, and we’re all seeing that radical truth is infectious. I feel more urgency than ever to share the naked truth of my experiences. The kind of stories that I’m sharing on this record – abortion, miscarriage, cancer, grief, the darker sides of parenthood – have been therapeutic and frightening to write. But every time I play them for my friends and fans, the nodding heads of empathy have lit a fire under my ass to record and release them.”