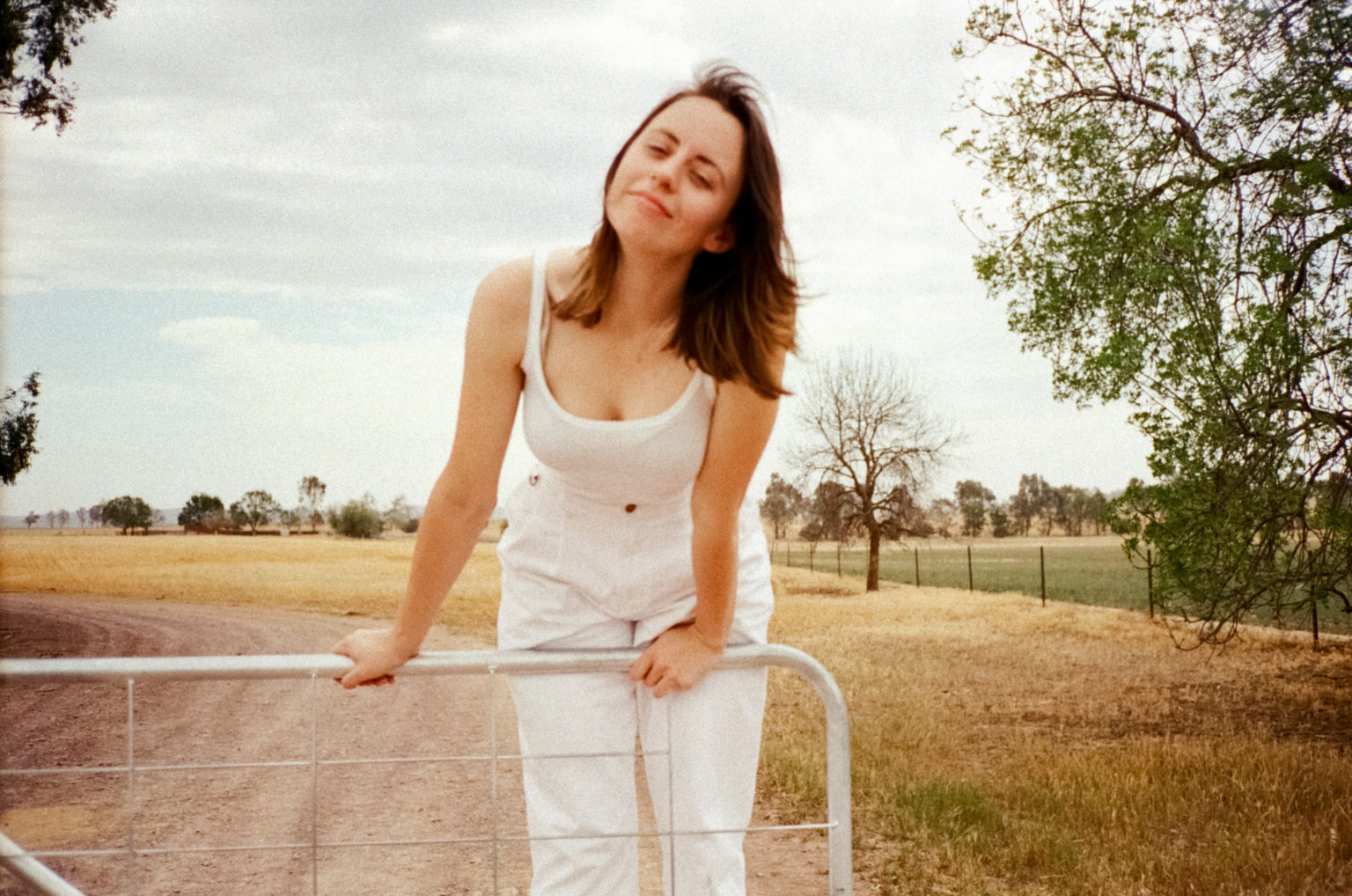 Australian singer/songwriter Gordi, has shared a new single/video, “Unready.” The track is taken from her new album, Our Two Skins, out June 26th on Jagjaguwar. Bandcamp proceeds for the track through all of June will go to the NAACP Legal Defense Fund and North Australian Aboriginal Justice Agency. Gordi will also join Bon Iver on their rescheduled Australian arena tour in early 2021.

Co-produced by John Congleton, the track is ornamented with synth, muted percussion, and Gordi’s emotive voice. “Unready” began as a voice memo Gordi had recorded while sitting at a harmonium in Reykjavik, Iceland at the beginning of 2017. To bring it to life, she, Chris Messina (Bon Iver, Bruce Hornsby, Big Red Machine), and Zach Hanson (Bon Iver, Hand Habits, Waxahatchee, Tallest Man) set up shop on Sophie’s farm in Australia, turned out the lights and plugged in an old strobe light she uncovered in her brother’s bedroom in an attempt to put her in the right headspace.

“For me it sits quite separately to the rest of the record – it’s the only song whose lyrics predate the period of my life described by the rest of the songs on Our Two Skins,” says Gordi. “When it came time to record the song we tracked every guitar we could find for the big strum sound in the chorus. Singing it proved a challenge because it sits a little higher than my comfortable register. We had tried to do the vocal takes in the cottage but it wasn’t working so one night we ventured over to my parent’s house for a change of scene. Chris asked me (as a joke) if we had any strobe lights in the house to set the mood. We always joke that you could request any object from my Mum and she’d have it to you in minutes from some treasure trove of stuff in the house. Surely enough, we found a strobe light in the wardrobe of my brother’s childhood bedroom. We turned the lights off and hit the strobe, setting the perfect conditions to finally execute the vocal take for ‘Unready’.”

The accompanying video was directed by Madeleine Purdy and features a cameo from Alex Borstein (The Marvelous Mrs. Maisel, Family Guy). Playing on a sequence of slightly absurd and incongruous scenarios, the clip is a flamboyant enactment of the album’s playful side. “I asked my friend and collaborator, Madeleine Purdy, to make a video in the middle of a pandemic, and we finally arrived at this idea: vignettes of despair,” Gordi reflects.

The writing of Our Two Skins began after a nervous breakdown while pacing around an Etihad flight from Australia to Europe in late 2017. Payten had finished exams to earn a medical degree and after trading her “nice, safe relationship” for a new one, she began coming to terms with a new truth in her identity. That identity struggle and her new relationship, which played out against the backdrop of the marriage equality plebiscite in Australia.

Payten was eager to bottle the isolation and emptiness she felt during this period of rediscovery of identity and gender. The remoteness of Canowindra, the tiny town where Payten’s family has lived for over a century, proved the right location. Here, her internal state could be seen, felt and captured. She called upon her friends Chris Messina and Zach Hanson to help her achieve this sonic goal. The producer duo flew from Wisconsin to Canowindra armed with selected gear, and set up a studio in an old cottage on the Payten property for a month – a quarantine-premonition of sorts. There was no phone reception, no wi-fi, and a tin outhouse located in a nearby shearing shed. “It was very removed, very isolated,” Payten says. Payten, Hanson and Messina each selected their favorite few instruments and studio tools, and restricted themselves to just those resources while making Our Two Skins.

Currently, Payten has applied to return to the medical field to help out during the COVID-19 crisis, where she will likely be placed in a pop-up “fever clinic” or in a rural hospital. She is currently on standby with a variety of hospitals and health authorities for rural local work and metropolitan overflow work, saying she is ready to return to the wards while touring is not possible.