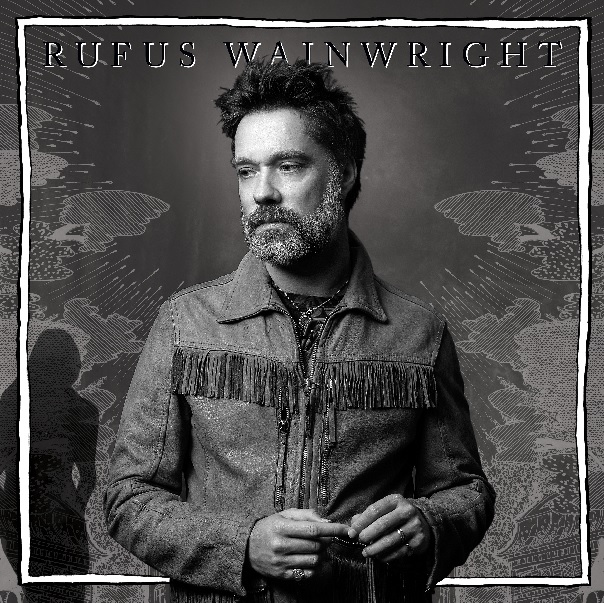 Rufus Wainwright’s ninth album and BMG debut, Unfollow the Rules, has been announced as “a return to form and his most accessible album to date.” Wainwright himself has called it “a coming together of all the aspects of my life which have made me a seasoned artist” and “the bookend” to his 1998 self-titled debut. But don’t expect him to abandon his signature operatic pop going forward. With Unfollow the Rules, the 46-year-old songwriter aims to emulate the greats who have produced their finest work much later in their lives, including Leonard Cohen, Frank Sinatra, and Paul Simon.

Unfollow the Rules is a fine balancing act between Wainwright’s operatic impulses and sense of minimalism. Either way he leans, his songwriting is as finessed and fine-tuned as ever. “Damsel in Distress,” his tribute to Joni Mitchell, might be the best song on the album, beginning with a strong acoustic strum around which keyboards and strings swell, hands clap, and electric guitars twang. The title-track begins with skeletal piano that puts his quivering voice into focus before its arrangements flourish. “My Little You” remains skeletal throughout its fluttering minute-and-fifty-two-seconds. Voice- and-piano songs like “My Little You” are Wainwright at his most distilled, and among the album’s best.

Also among the album’s best songs are “Early Morning Madness” and “Alone Time.” The piano-led “Early Morning Madness” expertly captures that state, with a stellar vocal performance that swings from low to high. Album closer “Alone Time” is all piano and vocals that echo like a church choir. The song is a mountain of feeling and spirit, a reminder of how much he can do with so little.

Unfollow the Rules is chock full of other standard Rufus fare. “Romantical Man” is a classic string and piano ballad, loaded with, but never weighed down by, theatrical swells. He leads a chorus on the exuberant, string-laden acoustic number “Peaceful Afternoon,” which begs for a singalong. But he’s always had beautiful moments couched in his flirtations with genres like country. “You Ain’t Big” is one such example, understated country done with a microdose of Wainwright’s swagger. “Only the People That Love” continues the acoustic focus, with a dusty, dusky outback element.

Striking plenty of familiar chords, Unfollow the Rules falls short of the “newfound fearlessness” touted in the album announcement. It’s also difficult to think of Unfollow the Rules as bold, considering the over- the-top pop experimentation of his 2012 Mark Ronson-produced album, Out of the Game. Although, the intensity of “Hatred” reflects the intensity of the very feeling the song is named after. And the album does feature electronic sounds, which aren’t often heard in his oeuvre. But they’re present on “Trouble in Paradise” and “This One’s for the Ladies (THAT LUNGE!).”

Overall, Unfollow the Rules is a concise album, yet it still sounds like it’s on the edge of bursting with exuberance. And if the album is to be a final installment, however symbolically, it’s not a bad note to end
on.