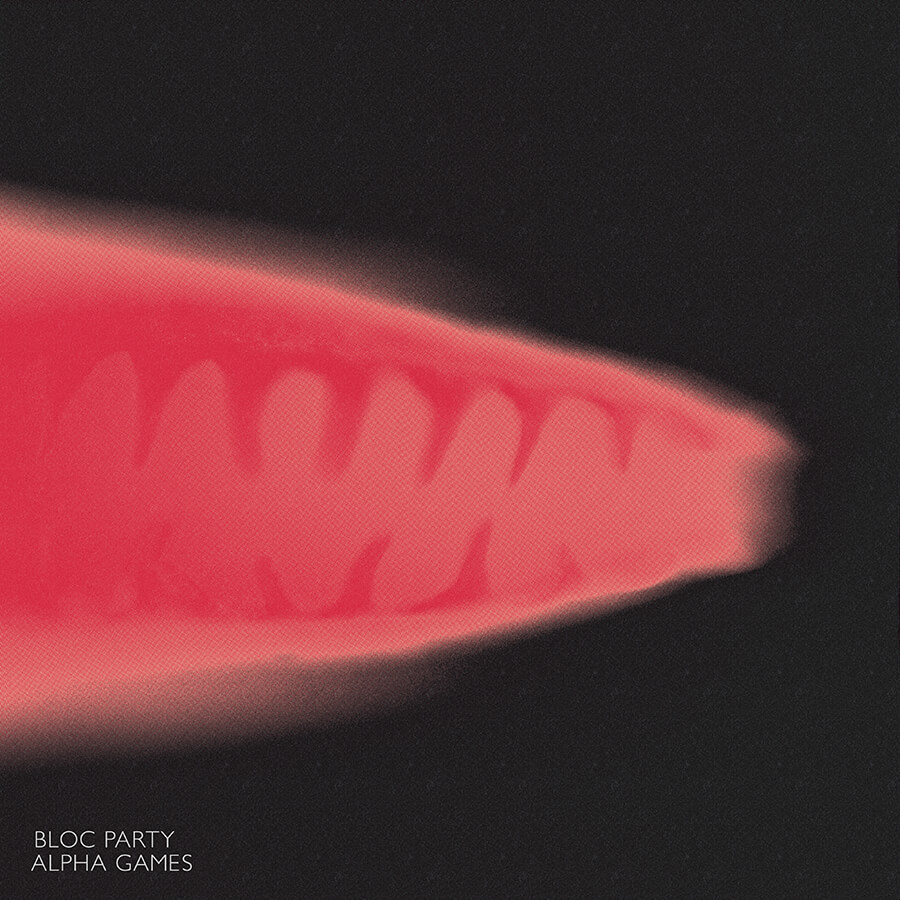 ‘Alpha Games’ is Bloc Party’s sixth LP and the first with a 50% change to their original line-up, which sees Justin Harris taking up bass duties and Louise Bartle on drums, replacing Gordon Moakes and Matt Tong respectively. The record itself started taking shape once touring duties came to an end for fifth LP ‘Hymns’ and while the foursome revisited their debut album’s anniversary shows, as they played ‘Silent Alarm’ throughout 2019. The quartet’s newest body of work is one constructed around shifting sonics, marrying the band’s twitching post-punk, with electronica, hip-hop, R ‘n’ B and moments of introspective melancholy.

Thematically, the songs bristle with a provocative tension that encapsulates a very modern feeling of disharmony. When speaking to DIY, frontman Kele Okereke divulged the inspiration behind Bloc Party’s latest record “There’s a lot of conflict in the music. There’s a lot of people fucking each other over, people lying to each other, people manipulating each other. That is a kind of direct response to what I was seeing; we actually saw that happening all over the world in the last few years. It was quite an ugly time, and I think that has played into the music”. ‘Alpha Games’ certainly holds a mirror up to the present day and reflects back an image of the bitterness and dissonance that runs deep in nearly all facets of life, from vanity project politicians, toxic bear- baiting reality shows and the general day-to-day on social media.

With Bloc Party casting an eagle eye over matters socially and politically, it feels like there’s a strong emphasis to remain relevant and in the know – which doesn’t always hit the target. This can be attributed to some of Okereke’s turns of phrase and the way he accentuates certain words. It feels like slapping in the buzz words/phrases of ‘extra’, ‘gang-gang’ and so on, come across as trying a little too hard. Equally the observations of people getting hammered on nights out and inter-friendship group fracas present themselves as trivial rather than decadent and exciting. Also, sonically ‘Alpha Games’ doesn’t quite hit the dazzlingly heights of their earlier work, although there’s two things to consider here; Bloc Party have become victims of their own high watermark but they’ve still got the passion to keep things fresh, which is something to applaud. That all being said, the gang’s sixth addition to their discography contains a good chunk of tracks that complement their rich back catalogue and will slot in perfectly to their live shows. Opener ‘Day Drinker’ is a riotous curtain raiser and one that revs up and down the gears of Bloc Party’s more muscular take on art-rock. ‘By Any Means Necessary’ flexes the group’s penchant to meld dance and rock music a la ‘Flux’ and ‘Mercury’ and the same can be said for ‘Callum is a Snake’; a foray through fidgeting drum and bass verses and big,
anthemic choruses. In addition, ‘Traps’ and ‘The Girls Are Fighting’ both bear a healthy set of fangs, giving ‘Alpha Games’ a playful yet acidic bite.

Like all good bands, Bloc Party operate in multiple dimensions – they’re not just about the rabblerousing, which is attested by ‘Of Things Yet To Come’s tender persona. Via chiming guitars, a steady beat and Okereke’s bruised vocals, the frontman guides us through a tale of vulnerability and being let down by those closest to him “the pills don’t cure/they keep at bay/instead of black/my days are grey”. ‘If We Get Caught’ opts for a ‘I Still Remember’-esque mid-paced summery meander through airy verses and cooing backing vocals. There’s a sense of unity and strength as Okereke chimes “where you go/I will go”, like it’s him and his trusted confidant against the world. ‘Alpha Games’ is capped off by the withdrawn ‘The Peace Offering’, a song that sounds like it was captured by candlelight. There’s something rather pertinent in the way Okereke’s spoken word delivery muses “the first thing I lost was belief in the system/but in the end/the system always wins” with no trace of anger in his voice whatsoever. It’s as if he’s come to terms with being lied to over and over again by those in power, with the realisation there’s nothing us little people can do about it. Although the discordant burst of noise at the song and album’s death might suggest otherwise.

They say we become products of our environment and while Okereke states ‘Alpha Games’ was born out of “an ugly time”, Bloc Party’s new album is anything but ugly, although it’s not an example of beauty either – it’s somewhere in-between.