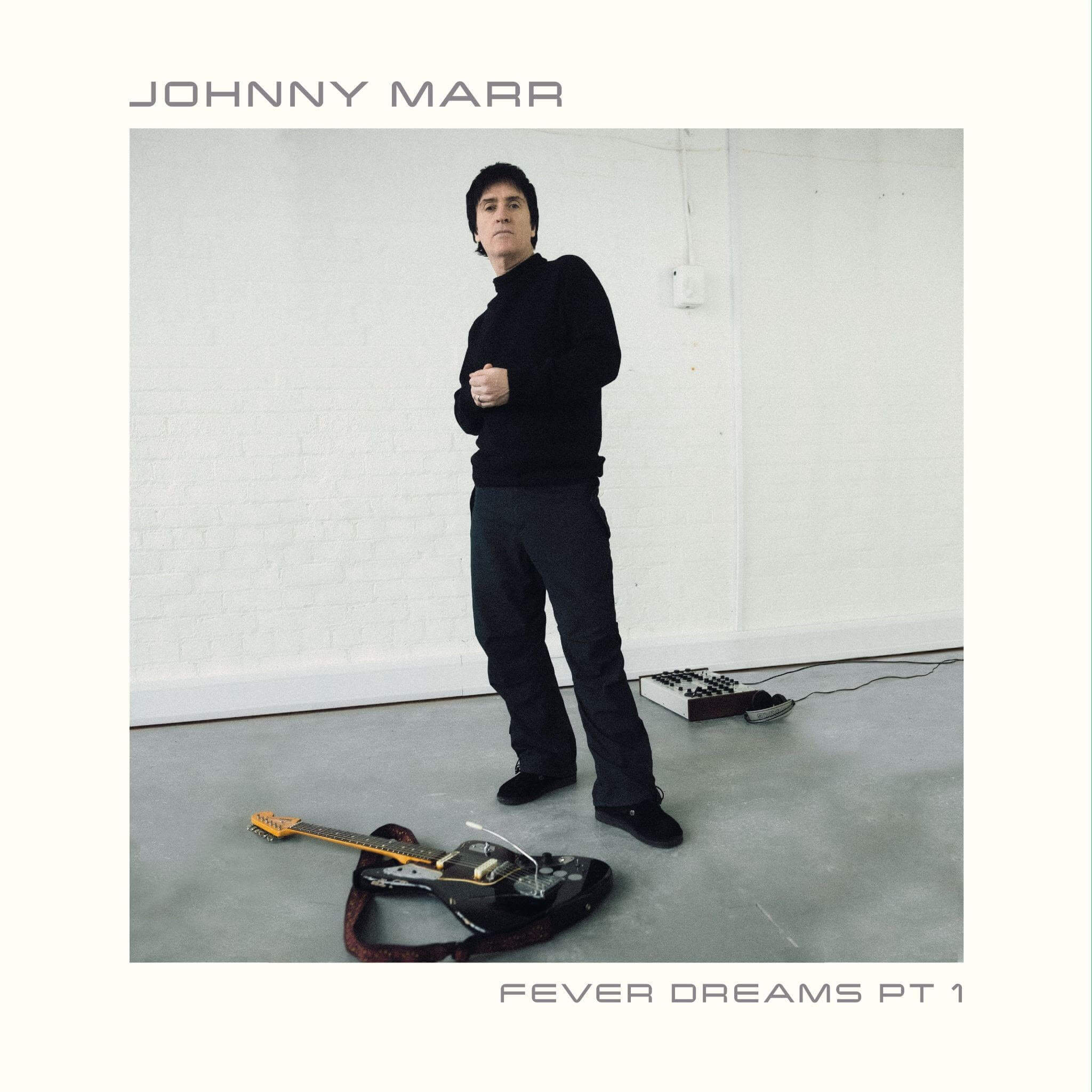 Guitar god, Johnny Marr, has found himself providing the backbone for some of the most formative bands in modern music: The Smiths, Modest Mouse, The Pretenders. Back in 2013, with his debut album, The Messenger, he decided to try this rock n roll thing out on his own, with an album that sounded not a bit like The Smiths. With tracks like “European Me,” he constructed beautiful complex tracks, worthy of radio play.

He’s put out a string of albums since then that accentuate both his guitar and songwriting prowess, that have topped the charts. His latest offering, Fever Dreams Pt 1, (the first of four EPs to come out this year and the next,) finds his guitars and songwriting stripped down considerably, sounding something like an 80’s revival, with an emphasis instead on keyboards and simple, saccharine melody lines.

His lyrics are evocative, if not too complex, emphasizing his continued growth and zest for life, even as he gets on in years. “Now the time has come / Spirit power and soul,” he sings off his latest single. “So put your faith up in the sky / And see the blues in my eyes.” The second song, continues the spiritual inquiry. “Everybody is a receiver / Into the mystic can we accelerate?” It is strangely heartening, to hear someone who’s experienced so many highs in life, talking about going higher.

The songs are a new direction from his prior work, what seems to me like a straining towards retro pop music that strips his songs of any sense of the jangle that he’s so well known for. I’m personally not one looking for a revival of the 80’s, so the album just hit me kind of wrong. I appreciate the reaching for meaning, but feel like the music is the most derivative of his that I’ve heard. With super simple guitar lines, it feels like Johnny Marr has been replaced by a bad copy of Duran Duran.

You can’t always please, everyone, though. Like he sings on closer, “Ariel,” “They won’t ever let you win.” Just because I didn’t like it, doesn’t mean you won’t. “Ariel, God knows you proved everything.” Johnny Marr has certainly proven himself in the arena of rock, and this, for me, is just a miss of an album. It’s safe to conjecture the rest of the EPs are gonna have the same retro sound. I guess I’ll just be visiting his old stuff and listening to all those other rockers influenced by his killer licks. In baseball, batting .500 is near impossible. And Johnny Marr is certainly doing better than hitting half of his stuff out of the park.