After initial conversations about making music together in 2012, Beck and Pharrell finally came together to create do just that. Seven of the 11 songs on Beck’s 14th album, Hyperspace, were co-written and co-produced by Pharrell. The hip hop producer also sang back-up vocals on “Saw Lightning.”

In recent interviews, Beck recalled lonely memories of long days by himself in the studio. Indeed, Hyperspace is Beck’s most guest-heavy album. Yet despite his excitement about working with other artists, Hyperspace is not a fun album. Despite Pharrell’s involvement, Hyperspace is not Beck’s sensuality-dripping electro-clash party album Sexx Laws. Instead, Hyperspace is an album mostly devoted to meditation, a solo time-out. As Beck describes Hyperspace, it is not about outer space but rather interior space. Even he was surprised by how the songs turned out: he anticipated sultry hits like “Drop It Like It’s Hot.” But following Pharrell’s instincts, Beck stuck to a minimalist, singer-songwriter direction. The songs on Hyperspace have plenty of space to breath. Beck never sounds forward; a sense of detachment suffuses the album. Hyperspace opens with the dreamlike isolation of “Hyperlife.”
It’s easy to imagine him singing with a faraway look in his eyes on the sombre “DieWaiting,” which was co-written and co-produced by Cole M.G.N. and features vocals by Sky Ferreira.

Coldplay’s Chris Martin lends his voice to “Stratosphere,” which is reminiscent of Beck’s misty- eyed Sea Change-era drifters. “SeeThrough,” which was co-written and co-produced by

frequent Beck collaborator Greg Kurstin, froths with coral coloured foam. The closest Beck comes to breaking into dance on Hyperspace is “Saw Lightning.” The head-on banger has Pharrell’s fingerprints all over it, save for Beck’s junky harmonica-fuelled blues guitar. There’s also the title-track, where Terrell Hines breaks into a brief flow that could be mistaken for Andre 3000. And “Uneventful Days” quickly defrosts into the same glitchy rhythm and pace as 10 000 Hz Legend-era Air. “Uneventful days, uneventful nights, living in the dark, waiting for the light…. Never-ending days, never-ending nights, time is moving slow, I don’t even mind,” Beck sings. This is basically the album’s central theme, as Beck explained in an album statement: “The meditation of the record is finding peace in moment. I was thinking about music as a kind of escape.”

“Uneventful Days” isn’t the only song that sounds like 10 000 Hz Legend-era Air. So does “Chemical,” which organically mixes acoustic and electronic elements. (The comparison is even more striking when one remembers that Beck guested on two tracks on 10 000 Hz Legend, “The Vagabond” and “Wonder Milky Bitch.” Even the album covers for Hyperspace and 10 000 Hz Legend bear a striking resemblance to each other.) Mixing just enough of the familiar and the unexpected, defying expectations of a Pharrell collaboration, Hyperspace manages to stand out among Beck’s diverse and tenured discography. 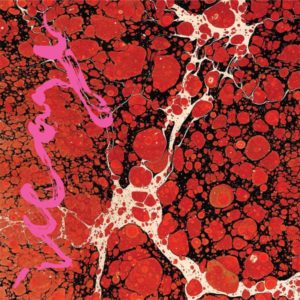 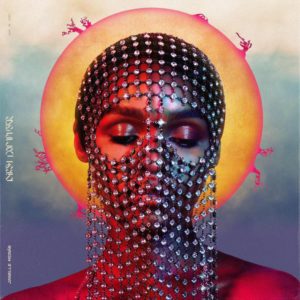