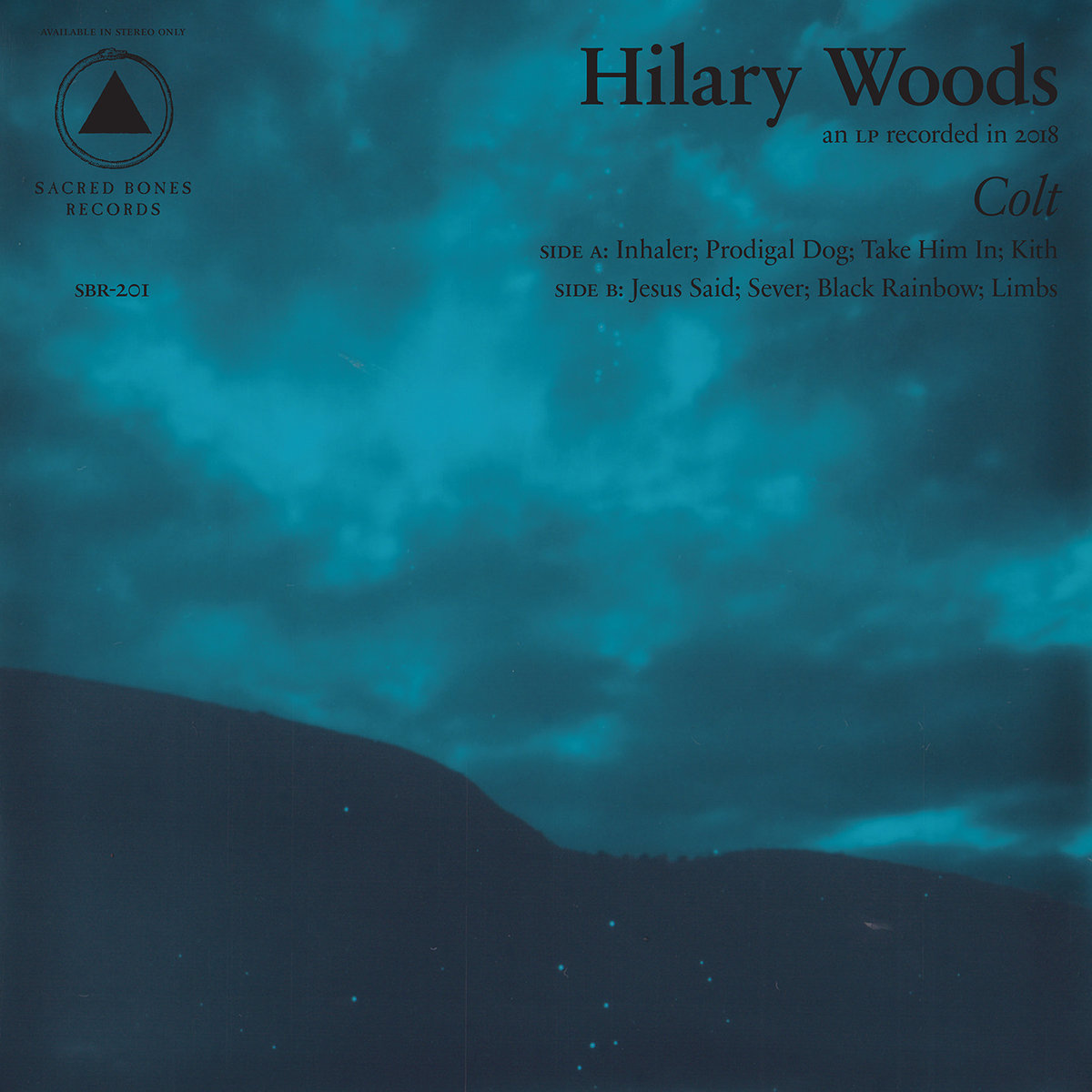 English songwriter Hilary Woods’ latest release for Sacred Bones records, Colt, is a landscape of cold solitude, pop rhythms moving with deliberation like wading through water, gooseflesh spreading as Woods submerges herself in a lake ruminating on the vestiges of a lost love. Though thematically consistent, technically well-orchestrated and poetically poignant, the album can at times suffer from the monotony of still water.

Opener “Inhaler” sets the ethereal tone, at over 5 minutes the pace being that of ominous clouds gathering for just over a minute before a steady cleansing rain begins to fall in the form of a simple programmed kick and snare loop. Spacious minimal piano and pensive synthesizer that makes you shiver and wrap yourself in your own arms. Hilary Woods enters with her mysterious vocal melody reminiscent of Canadian dark pop artists such as Vancouver’s Lief Hall and Toronto’s Anamai. The opening chorus has Woods beseeching, “So take me home to you / I feel so far away.” This emotional and spiritual distance accurately sums up the overall impact of the record, a longing to be invited back to the land of the living.

The album blooms and wilts through its withering alienation that spirals into the recesses of the self. In the silence there lurks a sense of curiosity and hope with religious significance. Innocence has been left behind, but “the games you played at the altar from where you strayed” (“Prodigal Dog”) still have a seat in the heart. You could see this album played either on a dark night in a damp forest illuminated by moonlight or sung in a choir at the altar lit by candles, complete with the slow, reverential sway of the strings. On “Jesus Said”, Woods croons “give me back my skin”, again evoking a deep desire for return that requires a natural rebirth after the unnatural death that is lost love, or again, innocence.

The noir of Colt is reminiscent of a notable predecessor and likely kindred spirit in Julee Cruise, particularly in a track such as “Black Rainbow”, where those hints of sinister ‘50s doo-wop make you distrust the best intentions of those around you and the world around you – “in the light we’re dying.” Smiles of the past have vanished, the pieces remaining are these sparse passages of piano notes.

Colt is a pensive record shrouded in darkness, the original cause for dread remains ambiguous, for we enter immediately into the cold, the middle of the night. Select lyrics from “Limbs” – “Maybe the morning will bing result…/Maybe then my limbs will respond to you…/Maybe the night will take me in its arms…/Maybe then I will bond with the shadows I have fought with” – pretty well encapsulate the veil hovering over the album. Grieving over a broken past, isolation fraught and fragile, a fear of what tomorrow is capable of, groping about in the light of the moon for comfort – be it in the arms of nature, of God, of oneself, or of a lover.

A well-conceived record, Hilary Woods’ Colt nevertheless suffers from monotony – musically there isn’t enough to engage, emotionally the pensive melancholy never departs, and despite the reliance on mystery and shadow, there are no surprises, no alterations that leave a lasting memory.