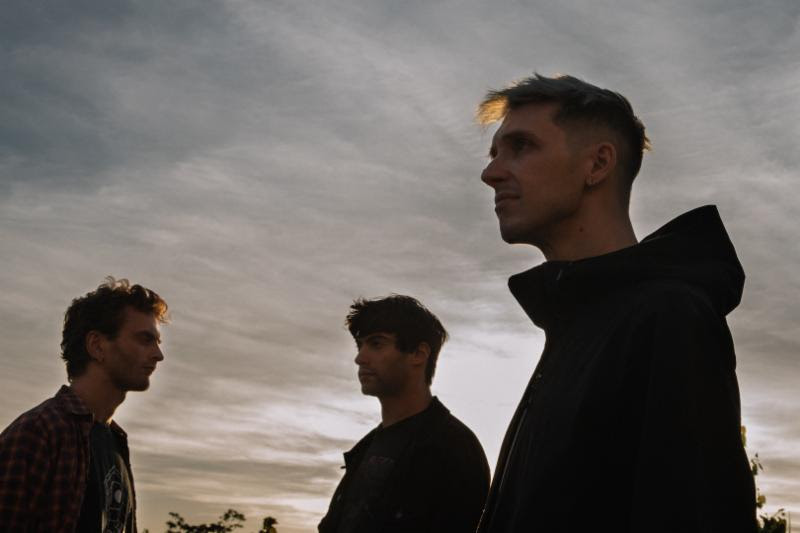 Uniform recently released their new single “Alone in the Dark” the track is off their forthcoming release The Long Walk, available August 17th via Sacred Bones. “Alone in the Dark” is an homage to Jack Sholder’s slasher flick, Alone In The Dark. Vocalist Michael Berdan explains that “in the film, Jack Palance, Martin Landau and Donald Pleasance star as a gaggle of mental patients who escape an asylum during a power outage and proceed to hunt down their psychiatrist. In our song, I’m referencing my personal feelings of isolation that come in the middle of the night, when I’m left with only the sensation of college level existential terror and prayers to a God who may or may not be listening, if even there at all.”

The Long Walk is described as Uniform’s most emotional and bleakest endeavor yet. Vocalist Michael Berdan and instrumentalist Ben Greenberg have joined forces with drummer Greg Fox (Liturgy, Zs) to perfect their vicious post-industrial dystopian cyber-punk.

Lyrically throughout, The Long Walk deals with paradoxes in spirituality and organized religion. Growing up in a devout Irish Catholic household in an Irish Catholic neighborhood, Berdan went to Catholic school for most of his primary education, and even was an altar boy. Fear of Biblical hell and damnation felt tangible. As Berdan grew and matured emotionally, he began to reject Catholicism bit by bit, viewing the church as a judgmental, repressive people who choose to live their lives dictated by hateful, fear-mongering dogma.

In the recent past, Berdan found himself slowly reconnecting with his Catholic background, observing how the faith that he found so repressive served as a great source of comfort and strength for so many. Eventually, Berdan began to view at the root of Catholicism and all major world religions a practice of love, tolerance, peace, and altruism. He began identifying as Catholic again, finding that basic tenets to be good guiding principles for daily life. Yet therein lay the contradiction that drove him from religion in the first place – many of the human traditions of the church also dealt in repression, intolerance, and bigotry, and some of mankind’s most hateful acts have been carried out in the name of God. Could one observe the rituals and practice of a faith while acknowledging and rejecting its ugliest elements?

Uniform continue to venture across North America this summer with Deafheaven. They’ve just announced a NYC record release show with labelmates, Thou and confirmed a collaborative tour with experimental metal/noise duo The Body, whom they recently joined forces with on Mental Wounds Not Healing.