Isamaya Ffrench is a British makeup artist and creative director. For a decade, Isamaya’s subjects have included Madonna, Rihanna and Bjork among others. She has played key creative roles in campaigns for Tom Ford and YSL and in 2017, Isamaya launched Dazed Beauty. She has been featured in several publications including Vogue, Self Service, W and more. Isamaya is currently Brand Ambassador and Creative Director at Burberry and represented by Iconoclast Films as a film director and musician.

George Clarke is an American Grammy-nominated musician, writer and photographer. His band Deafheaven in their 100 Greatest Metal Albums of All Time. In 2021, Deafheaven released their LP ‘Infinite Granite’ to their highest charting to date.

Trayer Tryon is an American producer, composer and visual artist. Since 2012, Trayer has helmed his project Hundred Waters and produced, written for and collaborated with artists including Jonsi and Moses Sumney. Trayer is part of FORM, a specially curated festival that has seen Solange, Charli XCX, James Blake and others perform. In recent years, Trayer has produced music for film and television including Big Little Lies, Euphoria, Google and Coca-Cola. In 2021, he started a collaborative album with Julie Byrne for Dead Oceans. 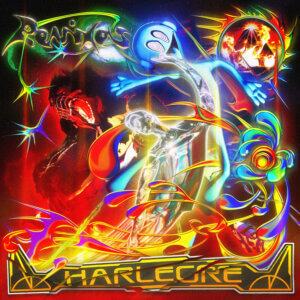