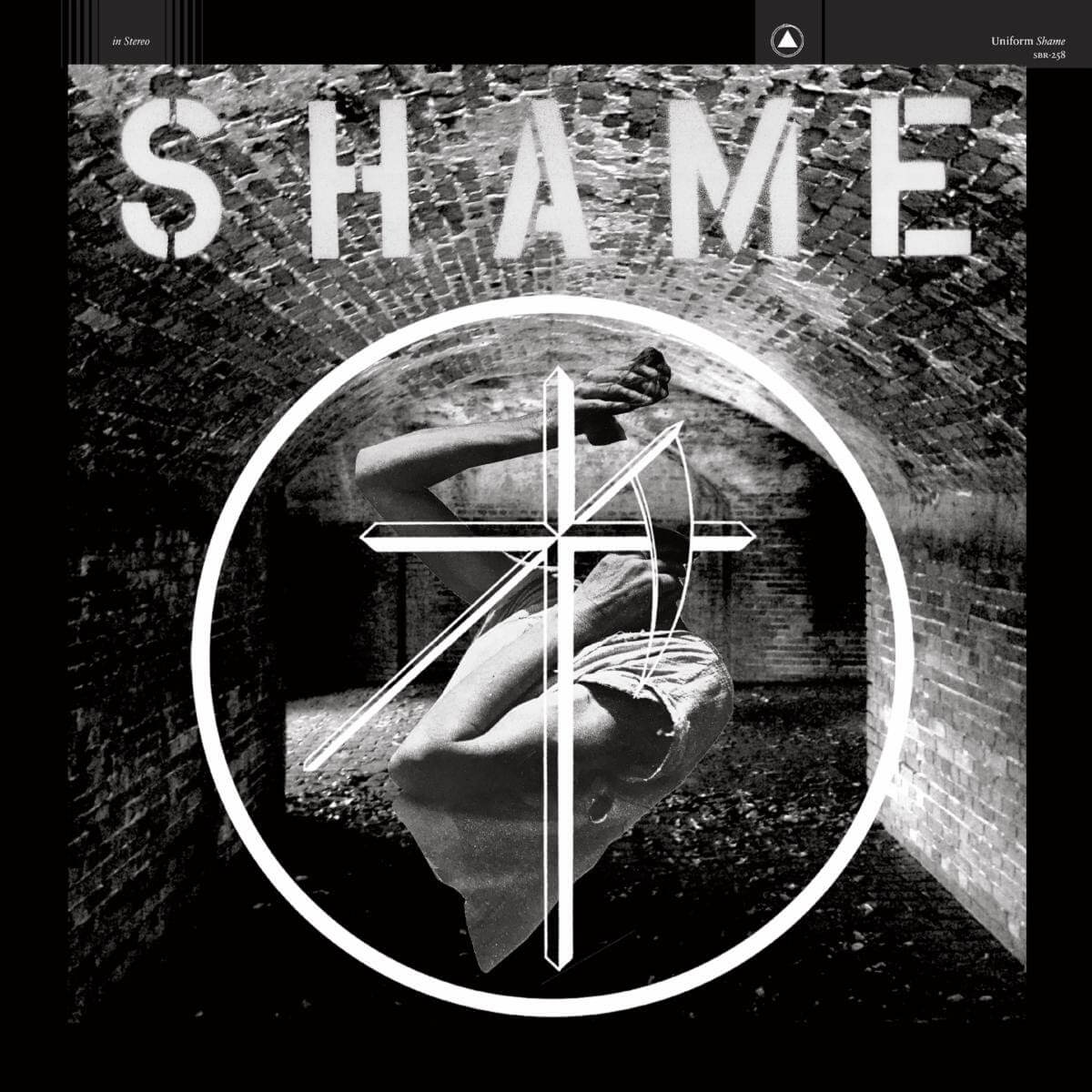 Sometimes you are your own worst enemy. Your greatest nemesis, the one entity that stands in the way of your inner peace, happiness, and fulfillment, is the one person you have to live with until you draw your final breath. Industrial/noise rock act Uniform are painfully aware of this grim reality and explore the suffering of a mercilessly tortured soul on their fourth album SHAME.

A concept record of sorts inspired by the hard-boiled paperback detective novels of Raymond Chandler, James Ellroy, and Dashiell Hammett, SHAME follows an antihero protagonist without a case, caught in an unbreakable cycle of vice, remorse, and self-loathing. Kicking off with the leering and heaving “Delco”, vocalist Michael Berdan establishes that the antihero is trapped and defined by his traumatic past

with the repeated chant “You are what you’ve done/You are what’s been done to you.” On the title track, we find the antihero in the throes of mental self flagellation as Berdan barks out lines like “I am everything I fear when I slowly fade into the sunlight” and “God has fucked up my plans.”

Berdan’s caustic performance is just one facet of Uniform’s uncompromising sound as the multi-pronged guitar attack and abrasive production work of Ben Greenberg and the weaponized percussive assault of drummer Mike Sharp cannot be understated.

Throughout the LP’s lean yet undeniably mean run time, the trio veers wildly from churning sludge, to breakneck hardcore, to thundering doom metal within the same song on one more than one occasion (“The Shadow of God’s Hand”, “This Won’t End Well”). Combined with a pandora’s box full of abrasive samples, claustrophobic compression, and nightmarish vocal effects, SHAME makes for a violently schizophrenic and consistently cathartic listening experience.

SHAME features probably the most balanced production on a Uniform record to date, thanks in no small part to the mixing efforts of Randall Dunn (Sunn O))), Wolves in the Throne Room, Boris) as Berdan’s hair raising yowl is featured prominently in the mix, giving an added intensity and coherency to his confrontational lyrics.

Everything comes to a head on the LP’s closing track “I Am the Cancer.” The longest song on the album begins as a relentless fusion of industrial rock and black metal before mutating into lugubrious doom metal punctuated by waves of digital noise, a pleading guitar solo, and Berdan’s final vocal refrain “And God will not love you forever.”

Uniform have sonically captured a deeply unsettling yet relatable state of mind on SHAME. As individuals are forced into self-isolation in these troubling times, this record serves as a stark reminder of the abyss that awaits us if we are not careful.