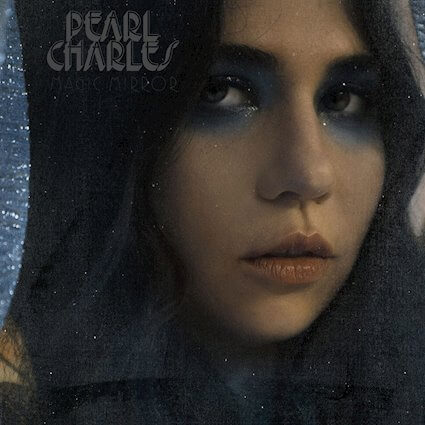 One of the more fun parts of the Great American Songbook is the intersection of two genres that kind of define 1970s and 80s American songwriting. Disco and Country. Interestingly, it wasn’t until after the infamous “Disco Demolition” Night in July of 1979, that popular Country music artists of the era started to embrace aspects of Disco into their music.

The Gibbs Brothers, while a worldwide phenomenon as The Bee Gees wrote songs for Conway Twitty, Dolly Parton and Kenny Rogers and Dolly Parton also recorded the Donna Summers penned “Starting All Over Again” around the time Emmylou Harris recorded a cover of Summer’s “On The Radio”. The genre really seemed to appeal to the Country singers of the time and was one that really seemed to be a perfect fit with the more gutsier female singers of the Country world. Aspects of this have remained a part of the DNA of many contemporary Americana singer songwriters and it’s one that is heard all throughout Pearl Charles’s absolutely glorious sophomore album Magic Mirror. Charles has spent her whole life making music, most notably with Christian Lee Hutson as The Driftwood Singers as a teenager and then as the drummer of the garage-y Blank Tapes. Charles stepped out on her own with her Laurel Canyon-esque debut full length Sleepless Dreamer in 2018 and now she is back with this assured album jam packed full of sparkling and shimmering hit songs.

Right off the top we are treated to “Only For Tonight” which takes its cues right from the heyday of Disco. The hi hats skitter, the bass bops and the big staccato piano blasts tie it all together. This just isn’t pastiche though. Charles is a really good songwriter and her vocal melodies here, bouncing up and down the scale, is truly something special. If you are at all skeptical as soon as the clavinet steps into the spotlight, any apprehension should immediately dissipate. From here on through the rest of the album we get the smooth funk of “What I Need”, with its ear worm of a chorus, jam packed with the most irresistible harmonies. “Imposter” is a heartache of a shuffle with some tasty slide guitar offset with the bounciest of bass lines. This and the follow up track “Don’t Feel Like Myself” highlight a bit of a theme that Charles seems to be dealing in, the feeling of never feeling like yourself. On “Imposter” she sings in the song’s honey horn drenched chorus the refrain of “I Keep Looking For Myself” over and over, almost in hopes that putting it out in words will help the search. Title track “Magic Mirror” is a beautifully minimal blend of Charles and piano that wouldn’t feel out of place on a Carpenters record. “All The Way” is a great showcase for Charles’s voice. Full of interesting, hook-y melodies and some really cool instrumental breaks between parts. It is definitely one of the record’s highlights.

With what last year has been like and as we all head into a dark and chilly January, Magic Mirror is a real revelation. Charles just keeps getting better as a songwriter and here it is so apparent that, like the Country Disco queens that have come before her, she will be one artist that remains in the public’s consciousness for as long as she feels she would like to. The song’s here are wonderful, heartbreaking, extremely danceable and the perfect way to add some optimism to what hopefully will be a good year.