6 months ago
Words by Stewart Wiseman 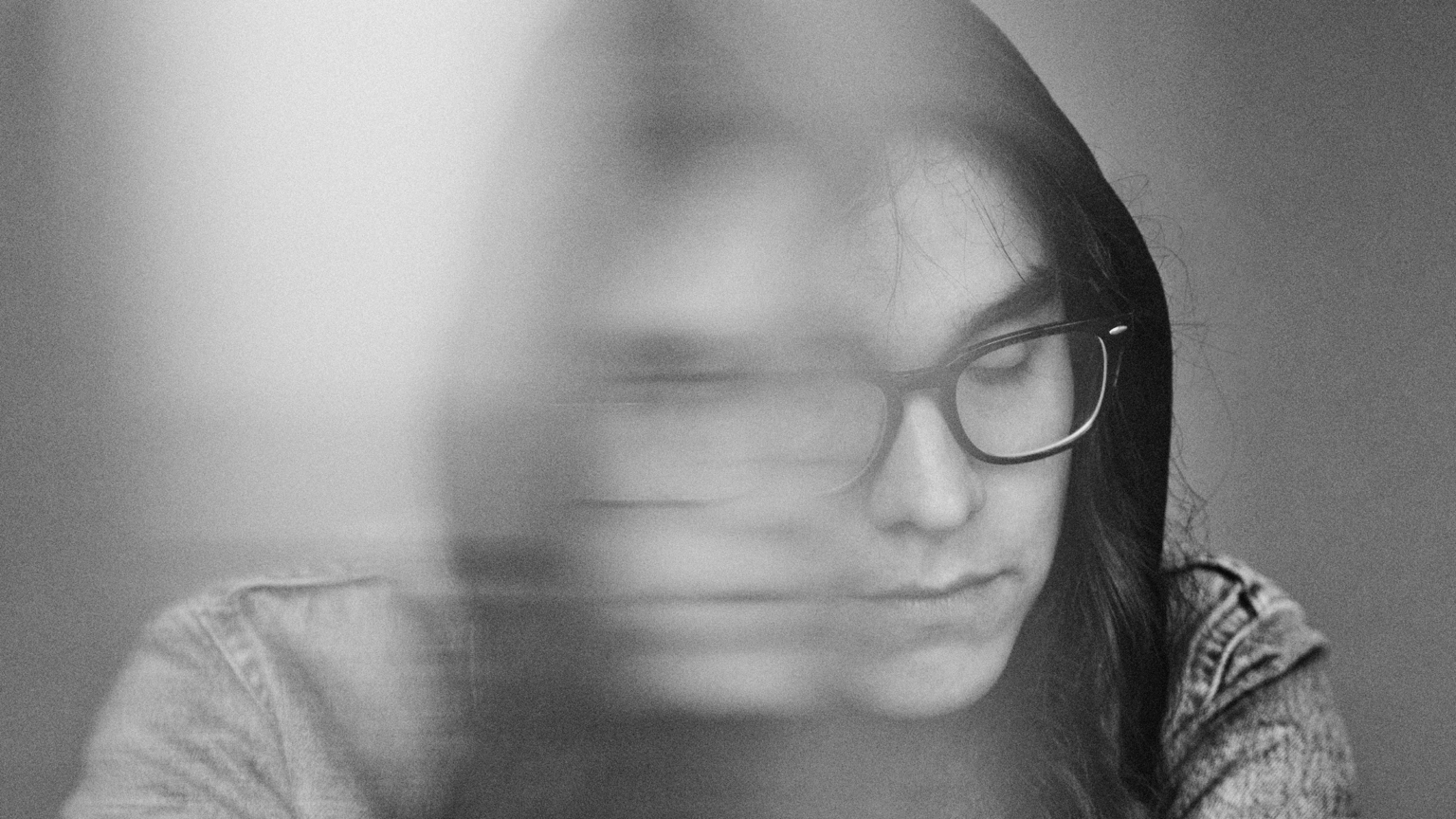 Of the many excellent albums shortlisted for this year’s Polaris Prize, awarded on September 27, 2021. Zoon’s Bleached Wavves stands in a class of its own. Zoon is the powerful musical expression of Manitoba’s Daniel Monkman, who paints sonic collages that blend the buzzsaw of shoegaze with the rhythms of his Ojibway ancestry. Mastered by Chris Chu of The Morning Benders (Now, Pop Etc), Bleached Wavves is the only debut album to be nominated for the prestigious Canadian award this year, which is a fitting reward for Monkman who had to endure a decade of touring with little fanfare.

Bleached Wavves is a testament to patience and perseverance, as Monkman battled addiction, racism, and the deaths of friends and family members on his way to attaining his musical dreams. As venues continue to open their doors across the country, Monkman is preparing to take his Bleached Wavves songs on the road and expects to release a second Zoon album early next year. We reached Monkman at home in Toronto.

Northern Transmissions: Today marks exactly one year and one month since Bleached Wavves came out. Does that seem like five years ago to you now, or has time flown by?

It feels like five years ago in a lot of ways. A few months back someone was like, “wow Bleached Wavves has been out for two years!” and that sounded right to me. But then I looked online and realized it had only been 10 months! So now that we’re past the one-year mark I can’t really believe it; it honestly feels like way more.

NT: I want to walk through your whirlwind last year with you, which culminated last week with you making the Polaris Prize Short List. Bleached Wavves is quite a musical statement for a debut album, what projects were you doing before Zoon? I heard that you were in a band called Bloom.

DM: Yeah, Bloom was the same project but with a different name. I actually released Bleached Wavves back in 2018 as Bloom, and it was still just myself on the record and I hired some friends to come on the road with me. At the time it was called Bleached Wavves EP because it was missing a couple songs for it to be considered a full album, but it was by and large the same album. I toured with it across Canada and the USA, but not a whole lot was going on at that time. After doing some shows in New York I met Lio Cerezo from Kanine Records and Darryl Weeks (RIP), from StageFright, and through Darryl I was connected with Paper Bag Records. When I was speaking with Lio, he was like, “there are 20,000 flower companies called Bloom, you gotta change your name to something else.” So I switched it to Zoon, because around that same time I was given my spirit name at a sweat ceremony in Manitoba. The full name is actually Zoongide’ewin, but I just decided to keep it Zoon.

NT: It’s so interesting that the album came out to such little fanfare a couple years back, but now with the backing of a label people are finally paying attention. Your story says so much about how incredible music made by smaller artists can be completely ignored without a record company. Do you ever wonder where were all these fans were when the album came out in 2018?

DM: I know! I literally toured nonstop to crowds of like 10 to 150 people, and no one really cared. I was touring with other bands and the crowds just mostly cared about them. Now that it&#39;s been released again and is well received, so many people are asking when I am going to start playing these songs live, and I&#39;m like well I’ve been touring these exact same songs, just without any hype.

NT: Have you had time to write or record new songs since 2018? Do you think you will have a new record out coming out soon?

DM: Yeah these songs were written so long ago, and in that time I faced some real struggles that haven’t permitted me to really release anything else. Darryl Weeks is the main guy who vouched for me when I was signed to Paper Bag, but he tragically passed away three months after I was signed. After his death I lost all of the hype from Darryl with the label, and the album release got put on hold. From 2018 to last year, I couldn’t promote my album, I could’t release any of my music, and I couldn’t really tell anyone I was signed. I basically couldn’t do anything or make money off of my art, so I was forced to continue my day job as a cleaner in a university. With that came a lot of time on my hands, and I ended up writing my second LP, which I recorded throughout the pandemic. I’m excited for people to hear the collaborations on it. Owen Pallett arranged a string quartet for each song, and I have Charles Spearin and Kevin Drew from Broken Social Scene working with me. The album will be released in March or April I believe.

NT: I’m blown away by the fact that you stuck with it. You had a full year of working as a cleaner and not being able to promote your art, and now you’re recording with Kevin Drew and getting shortlisted for the Polaris Prize. Was there a point in there where you thought of stepping away?

DM: Well, the reason why I wrote Bleached Wavves is because I had stepped away from making music for almost ten years. From 2007 to 2011 I was putting out records under Daniel Monkman, or Blisters, or Bloom, and then a friend of mine passed away and I went into a depression. I fell into a lot of drinking and taking drugs. I put music aside and went to rehab in Vancouver to a place called Together We Can. So because I had the experience already of having to put my music on pause, when I was told that my art was going to be put on hold for at least two years by the label, I kind of already had a lot of discipline with waiting. I saw the bigger picture, so I just kept moving forward, and it didn’t stop me from being excited about the record.

NT: The version of “Vibrant Colours” that you performed at the Junos Reclaimed Session last month was radically different from the album version. What led to that reimagining of the song, and is that blend of acoustic instruments with shoegaze distortion the kind of direction you’re thinking of going in for future projects?

DM: There’s been some pressure with trying to do something like Bleached Wavves again, but on this new record I really wanted to do something different. I decided to go with the route that I originally wanted to stick with when I started the Zoon project, which is to combine my love for music like Nick Drake, Brian Wilson, and string sections, with the My Bloody Valentine shoegaze sound. I really want to put out music that’s a combination of those influences, and I chose to change up my live performance for the Junos to introduce that sound and to show people a side of myself they wouldn’t necessarily know from Bleached Wavves.

NT: What are you most looking forward to with these live shows coming up?

DM: I’m just excited that people are paying attention to the record now, because I always believed that there was an audience out there for the music I make. I don’t enjoy performing live, so for me to do those tours a few years ago and to not have people listening was really tough on me. I was sacrificing so much, just trying to keep my dream alive. We were making progress and building something, and then in 2020 everything was going as planned, and then the world just shut down. I&#39;m thrilled to show people what these songs can be live so that they can really feel it in the same room as me. I think I have a new appreciation for performing since the pandemic.

NT: Why do you haven’t been a fan of touring and playing your songs live previously?

DM: I think it’s because I see myself really as an artist first. I resonate with Elliott Smith, where he loved recording and writing, but only did the touring if it would allow him to keep his focus on the process. I love writing and recording, but the repetitiveness of being on stages and performing the songs every single night can be a little tiring. It sometimes feels a bit strange to be doing something that feels like capitalism mixed with art. But after the pandemic, I think I’m in a place where I enjoy playing live now. I guess it’s just a form of performance anxiety, but mixed in with philosophical concerns.

NT: Last week it was revealed that you made the Polaris Prize Short List. Where were you when you found out that you were nominated, and what was your immediate reaction?

DM: For the Polaris Long List announcement I was actually at The Tragically Hip’s Bathhouse Studio with Kevin Drew recording a new project that I’m very excited for. It’s not a Zoon album, it’s actually a brand new album between Kevin, Adam Sturgeon, and myself. It was just really cool to get that news while recording with those guys and to be able to celebrate with them. For the short list, I was walking down the street on Bloor in Toronto and my manager gave me a call to let me know that I made the Polaris Short List, but the tricky thing was this was two weeks before it was publicly announced. I had to keep it a secret from everyone.

NT: I was excited to see that Chris Chu of The Morning Benders (Now Pop Etc) helped produce Bleached Wavves. How did that connection come about?

DM: I really love The Morning Benders, I’ve listened to them since 2005 through all of their acoustic stuff leading up to Big Echo. The connection was totally random. After Paper Bag came in I had some money to spend on the post-production. I just randomly thought to send him a DM on Instagram and ask if he’d be down to work on my record. A few hours later he messaged me back and was like, “send me a link and Ill let you know if I can work on it.” I sent him the songs and he loved the album and wanted to work together. He completely blew me away, like I was talking to a hero of mine. It’s crazy to think that now we’re friends and will probably make some more music together.

NT: Did you send out any other random Instagram messages to artists you wanted to work with that went unanswered?

DM: I’ve messaged Beck on there so many times, but he hasn’t noticed. I also reached out to Bradford Cox and Animal Collective. I’m so thankful that Chris saw my message and that we were able to have this partnership. I’m still waiting to hear back from Beck, he’s my biggest inspiration and I’d love to work with him on my next album.