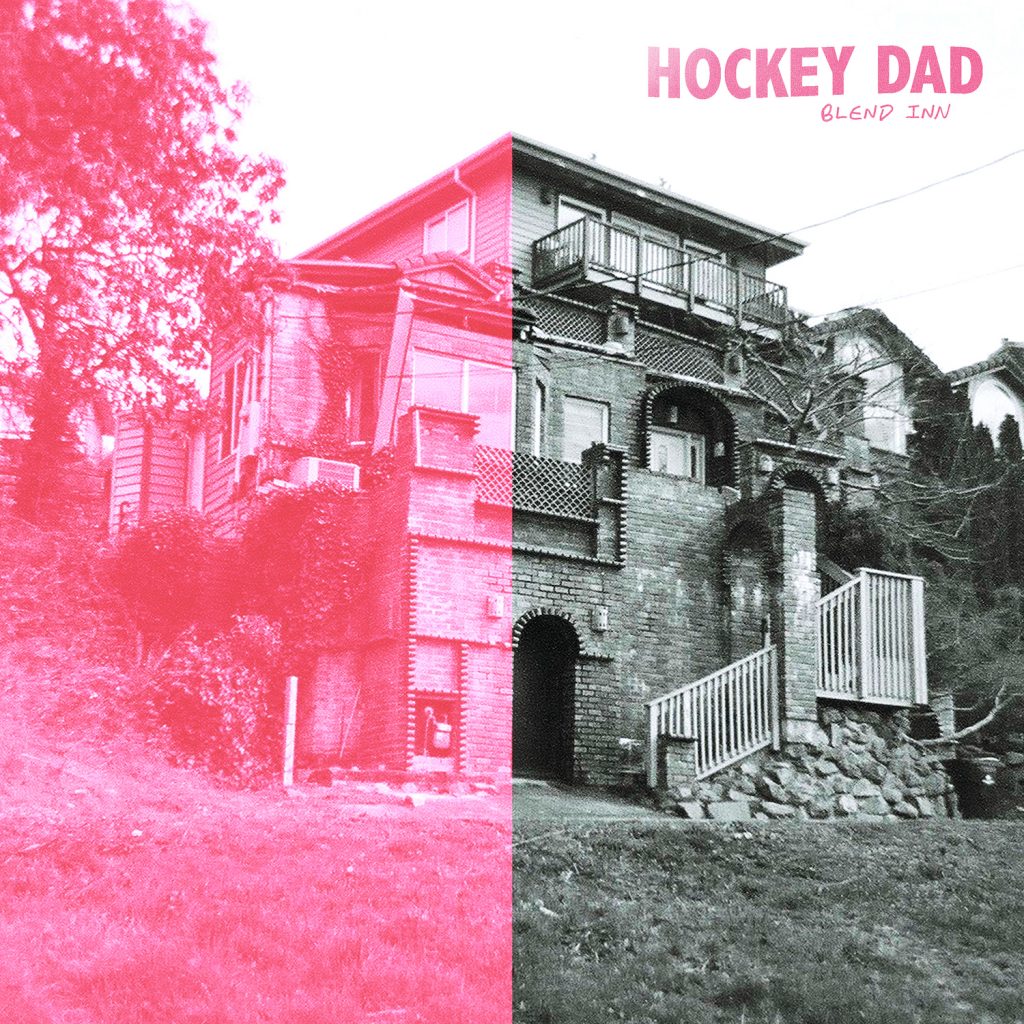 Aussie duo, Hockey Dad were propelled across the globe in support of their 2016 debut record ‘Boronia’; hitting the world-renowned music showcase SXSW and as well as a Canadian tour with fellow countrymen Dune Rats to name a couple of their continental jaunts. Rather fittingly, their sophomore LP comes with a moniker that provokes the comfort of home and the place that Zach Stephenson (vocals/guitar) and Billy Fleming (drums/vocals) would retreat to when trying to escape the anti-routine lifestyle of perpetually living on the road. “Blend Inn’ is the part of your head that you want to go to when you’re overseas and wishing you were back home. It’s within”. Says Fleming “We’re always just trying to be comfortable and semi blending in, so it’s the name we gave to that place you zone out to”.

The trappings of “semi-blending in” crop up frequently on the pair’s second record or more accurately the social anxiety that’s quite the opposite; feeling as if you’re sticking out like a sore thumb and the awkwardness that comes with it. ‘I Wanna Be Everybody’s rattling bombast and fidgeting quiet/loud dynamics envelope the themes of feeling like a fish out of water when in uncomfortable social situations “people seem so easy in their own clothes/I shouldn’t be here/I just want to go home/I just wanna be everybody”. The rapid ‘Join The Club’ buoyed by razor sharp guitar slashes and Fleming’s propulsive drumming broadens the notion of faux-social expectations but with a wry cynical twist “you better be happy/you better healthy/you better be free/you better be skinny/you better have money/you better be funny/it’s not too hard/join the club”. Although ‘Blend Inn’ might be a safe place to escape to, it still has some real-life trapping waiting for you.

Sonically, ‘Blend Inn’ finds Hockey Dad harnessing a surf-rock aesthetic but with more oomph than you’d normally find from this rock sub-genre. ‘Homely Feeling’s riffs roar and rev instead of wistfully jangling, while the drums come at you like a runaway train. ‘Running Out’ is permanently on its toes, bouncing with an infectious abandon; again, fuelled by rambunctious guitar and drum interplay that’s raw and punchy but also anthemic and full-bodied. When ‘Blend Inn’ dials down the rampant energy, none of the record’s appeal is lost, which is testament to Stephenson and Fleming’s songcraft; ‘Whatever’ drifts along in a hazy dream-like state whereas album closer ‘Eggshells’ caps the album off in a melancholic fashion, with Stephenson’s vocals drenched in reverb as guitars and drums combine to create a moody and less in-yer-face full stop to ‘Blend Inn’.

We all need somewhere special to escape to and ‘Blend Inn’ is as good as any.