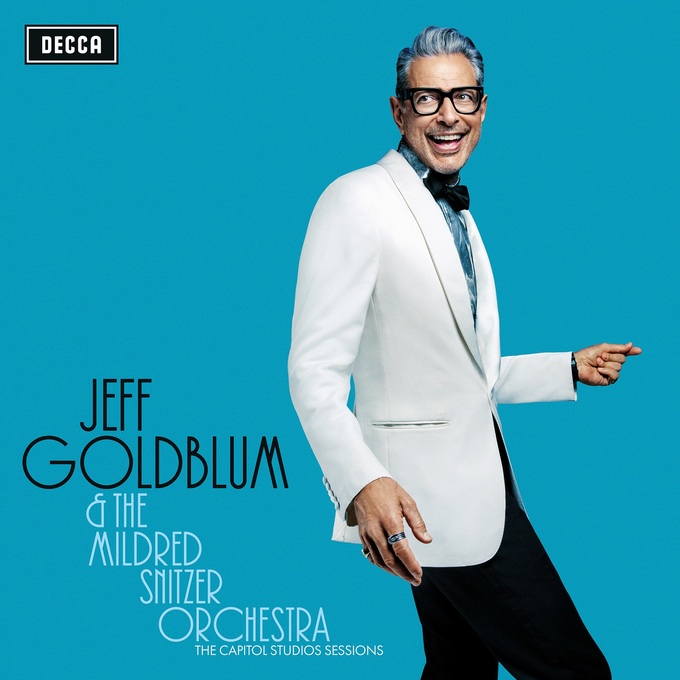 If you like jazz, Jeff Goldblum has a record that will please the ears like nothing else. Goldblum delivers a guest-filled easy-listening collection full of as much character as characters, with banter as fun as the music itself. Though the record could certainly do without the response of the live audience, Goldblum brings a delicious sound and swing that’s familiar at its worst and smile-inducing when it shines.

The sound of this record is absolutely crisp, eliciting that timeless jazz vibe while taking a few advantages from modern production. Even the less vocal tracks like “Cantaloupe Island” still see Goldblum bringing out his flagrant style in little flourishes and his smile-inducing banter. Though “Don’t Mess With Mister T” certainly starts of less distinct and much more low-tempo, Till Bronner’s trumpet simply transports you the second he cuts loose. In this way, only sparing moments of the track can even match that energy and it can feel too empty otherwise. Goldblum’s amazing humour starts cutting through in the live chatting with Haley Reinhart on “My Baby Just Cares For Me” as he even giggles on his D notes. With this powerful vocal accompaniment and a contagious sense of fun, this song is one of the few that feels better in its organic live home.

Imelda May delivers sassy vocals and gets some fun moments out of Goldblum, while ultimately giving his piano a more subtle counter-point on “Straighten Up And Fly Right.” Their equally idiosyncratic performances make for a fun listen that gives more fun to a rather familiar jazz sound. Through the borderline comedy routine banter, Sarah Silverman makes a natural appearance on the album. As they revitalize their original version of “Me and My Shadow” Goldblum and Silverman kill it as musical and comic talents. Nailing notes, growing their chemistry, fitting in complements and jokes, this is a revelatory performance for Silverman and a highlight of the record. Most notably however are Jeff’s callbacks to Jurassic Park and his purring break that even Silverman yells off with an “EW!”

As we swing back on “Nostalgia In Times Square” it’s all smooth, but the character is pulled way back. Luckily the sax takes off particularly flamboyantly and Goldblum’s playing is able to feel larger on repeat listens. “It Never Entered My Mind” sees both Bronner and Goldblum delivering heart-wrenching performances, that really impress on a whole other side of the emotional spectrum. With all his lively idea jumping, Goldblum sinks right into “Gee Baby (Ain’t I Good To You)” with warm gusto. Reinhart’s growls and burning passion really sets this apart as a totally different listen that each member of the band pushes to match.

Whether it’s the downbeat reflection on “This Bitter Earth” or the swinging grooves of “Come On-A-My House” Imelda May really takes control of her songs in this record. Though it really takes the fire from Goldblum, these songs entertain enough that it’s really more of a cohesion problem rather than a quality issue. Though “I Wish I Knew” is a loud and fun piece, “Caravan” really plays with exotic and dark melodies to take you away and let Bronner hit with his most avant-garde performances. Strangely enough however “Good Nights” is a rare credits track that works thanks to Goldblum’s naturally goofy and excited personality that makes you really feel his enthusiasm for the band.