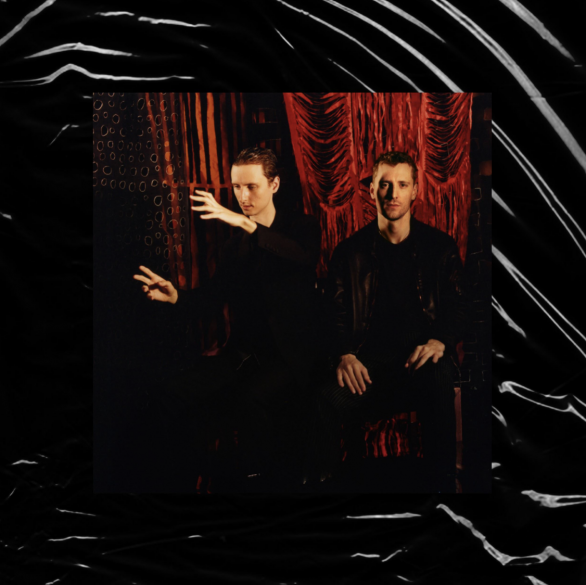 ‘Inside The Rose’ the new album by These New Puritans, and the duo’s first for 6 years, is a collision of many things. It’s a sonic amalgamation of disparate dynamics that coalesce in one eco-system. Cinematic orchestration shares the same space as digital flourishes, while lyrically the album juxtaposes from ethereal highs and terrifying lows. Jack Barnett, one of half of These New Puritans sums up the LP perfectly “the songs are about beauty, transcendence, desire, oblivion, ecstasy and eyes.”

The album itself was spawned via sessions in Berlin, London and Southend-on-Sea. The twins (George Barnett is the other side of the coin in These New Puritans) decamped to Berlin, where the majority of the recordings took place in a former Soviet broadcasting studio in the city’s industrial suburbs. This notion of isolation and stark urban architecture is tangible throughout ‘Inside The Rose’ but with these two components the sense of beauty and serenity bleed through too.

The tone is set by the clanging but atmospheric opening track ‘Infinity Vibraphones’, a song that stitches together lush orchestration and jarring synth jabs. It’s almost the aural deception of where light and dark meet but neither party usurps the other. ‘Anti-Gravity’ dips down into something more brooding and minimal, where Jack murmurs “you do a great impression of someone who is lost/well I’m lost too/so let’s get lost together”, as oscillating noises congeal with anxiety inducing low-level hums. ‘Beyond Black Suns’ opts for a Burial-like sparseness as delicate, off-kilter beats merge with diluted electronic swathes of noise. Jack’s lyrics take a turn for the introspective as he ruminates “Isn’t life a funny thing/all these words and you say nothing.” These New Puritans venture into a theatrical bent with the brass-indebted swoon of ‘Where The Trees Are On Fire’, anchored by a slow horn-led surge, the promise of “oblivion and ecstasy” manifests in Jack’s melancholic wordplay “this is where your dreams come true/your nightmares too/where the trees are on fire”. The song ends via a charging drum beat and a poignant dash of piano. ‘A-R-P’ follows a similar manifesto but brass is replaced by a foreboding sense of dread via an omnipresent synth burble and a dark, malevolent digital crunch. Playing out like a long-lost sci-fi soundtrack masterpiece, serenity is disturbed by frequent violent noises, while the opus is brought to a frantic close by a clattering set of jerky beats. Again, the yin and yang of hope and despair reveal themselves “let this music be a kind of paradise/a kind of nightmare/a kind of I don’t care.” The album’s eponymous track is another nocturnal throb through classical strings and pulsing electronic nuances, while ‘Into The Fire’ is a schizophrenic manifestation of grandiose textures and synthetic menace, where danger always seems to be looming.

‘Inside the Rose’ is starkly beautiful and the perfect vehicle to convey the length and breadth of These New Puritans’ peerless creativity.

These New Puritans
Inside the Rose
Infectious/BMG
Track List