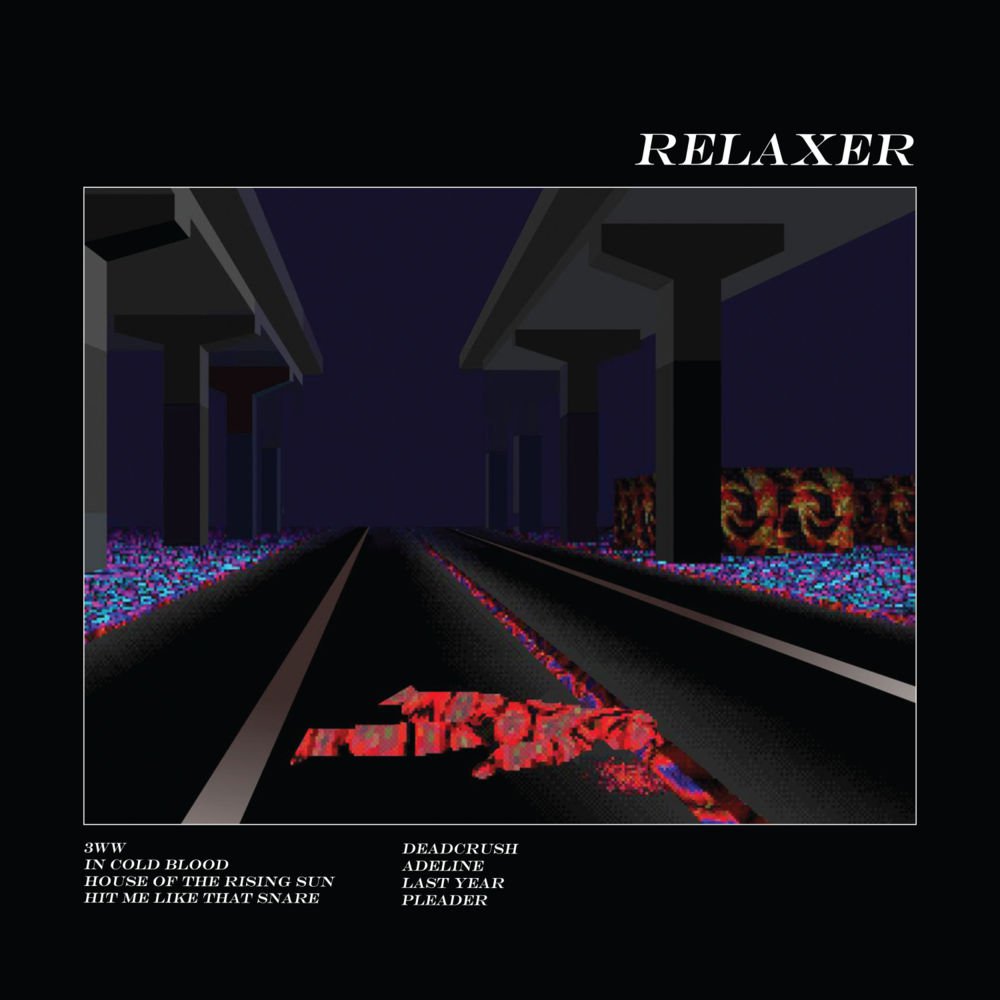 It’s been an eventful 5 years for Leeds troop alt-J; who would have thought after the release of 2012’s ‘An Awesome Wave’ these three purveyors of musical oddities would be plunged into the grand arenas for the world, normally reserved for the likes of Justin Bieber and Taylor Swift. Let us not forget ‘An Awesome Wave’ garnered the outfit the converted Mercury Prize too. Despite the band’s quirky sonic tendencies, it was evident from the off that there’s an appetite out there for alt-J’s own brand of off-kilter pop. Three years after sophomore album ‘This Is All Yours’ alt-J are readying their third album ‘RELAXER’ and it seems their upward trajectory isn’t looking to peak anytime soon.

With ‘TIAY’, the trio took the template of their debut and pushed their own boundaries further; stepping up the grandness to fill the gargantuan live venues they’d started inhabiting. For ‘RELAXER’ alt-J outwardly project a musical freedom; the grandiose inclinations of their second record have been channelled into magnificent string arrangements that convey a cinematic bent. After all, before settling on the band moniker, alt-J, the trio who were once called Films and their debut album is littered with references to motion pictures like Leon and Where The Wild Things Are. ‘RELAXER’ doesn’t only just deal in lush orchestral flourishes, it is also bestowed with achingly tender moments. ‘Last Year’ is just populated by Joe Newman’s trademark croaked falsetto and a lonesome acoustic guitar thrum. Towards the end of the most stripped-naked part of ‘RELAXER’, previous collaborator Marika Hackman lends her soothing coo to this vulnerable yet brave piece of intimacy. Just while you’re beginning to think alt-J have abandoned their jerky, beat-laden intricate blueprint, the very sound that put them on the map – do not fear, the likes of ‘In Cold Blood’ and ‘Deadcrush’ contain that rich vein of aural awkwardness.

The group’s freedom for experimentation hits the right spot almost every time – with only ‘Hit Me Like That Snare’ making for a jarring moment on an otherwise flawless LP. Not dissimilar to ‘TIAY’s ‘Left Hand Free’ alt-J try their…ahem…hand at some raw rock ‘n’ roll but what is supposed to be a raucous, impulsive jam sounds like a group sound checking and quite frankly, dicking around. Perhaps this notion isn’t lost on alt-J as Newman signs off the album’s only misfire with a brazen missive of “Fuck you/I’ll do what I wanna do”. And alt-J have earnt themselves that right after all. I guess that’s why the trio have included a cover of ‘House of the Rising Sun’ on ‘RELAXER’ – stripped back to its very core and then delicately rebuilt by strings and 20 classical guitarists. It’s truly a thing of fragile beauty.

Most notably, it’s the forays into strings that gives ‘RELAXER’ a different air when compared to alt-J’s previous releases. The trio teamed up with the London Metropolitan Orchestra on five of the record’s nine tracks and where the strings are applied at their very best is at the LP’s heart. ‘Adeline’ is an emotional swoop and swoon that commences with a delicate finger picked guitar but slowly swells into a breath-taking, tear-inducing, string-treated song fit to soundtrack any pivotal movie scene. Fluttered beats and electronics are deployed to deliver a contemporary richness to the traditional layering of orchestral sonics, making for a wonderful juxtaposition. Subtlety is key on ‘RELAXER’ as well, it’s not all widescreen Hollywood moments; ‘3WW’ opens the group’s third LP, with a little help from Ellie Rowsell from Wolf Alice on guest vocals. Here is where a delicateness is applied by every facet, from the strings, to tender vocals, even the application of electronic noises. This refined nature is typified by an isolated lyric, that pierces through nothingness “I just want to love you in my own language’. Again, the Orchestra isn’t just wheeled out to assist on the album’s intimate moments; strings are injected into the scuzzy throb of ‘Deadcrush’ – a track that hums and struts with a low-slung ‘Yeezus’ influence. All these moments, the delicate, the ostentatious and the forays in circuit-board trickery all come to a head-on closing track ‘Pleader’ – a fitting end for a record that only can come from a group at ease with the music they craft.

Given alt-J’s meteoric rise, they could have roped in a big-shot producer, gone to LA and delivered an album full of bangers but instead, they went the other way and have offered up an album of enormous depth, experimentation and most importantly, a special kind of human warmth. As Newman says “Fuck you/I’ll do what I wanna do”. Long may it continue.