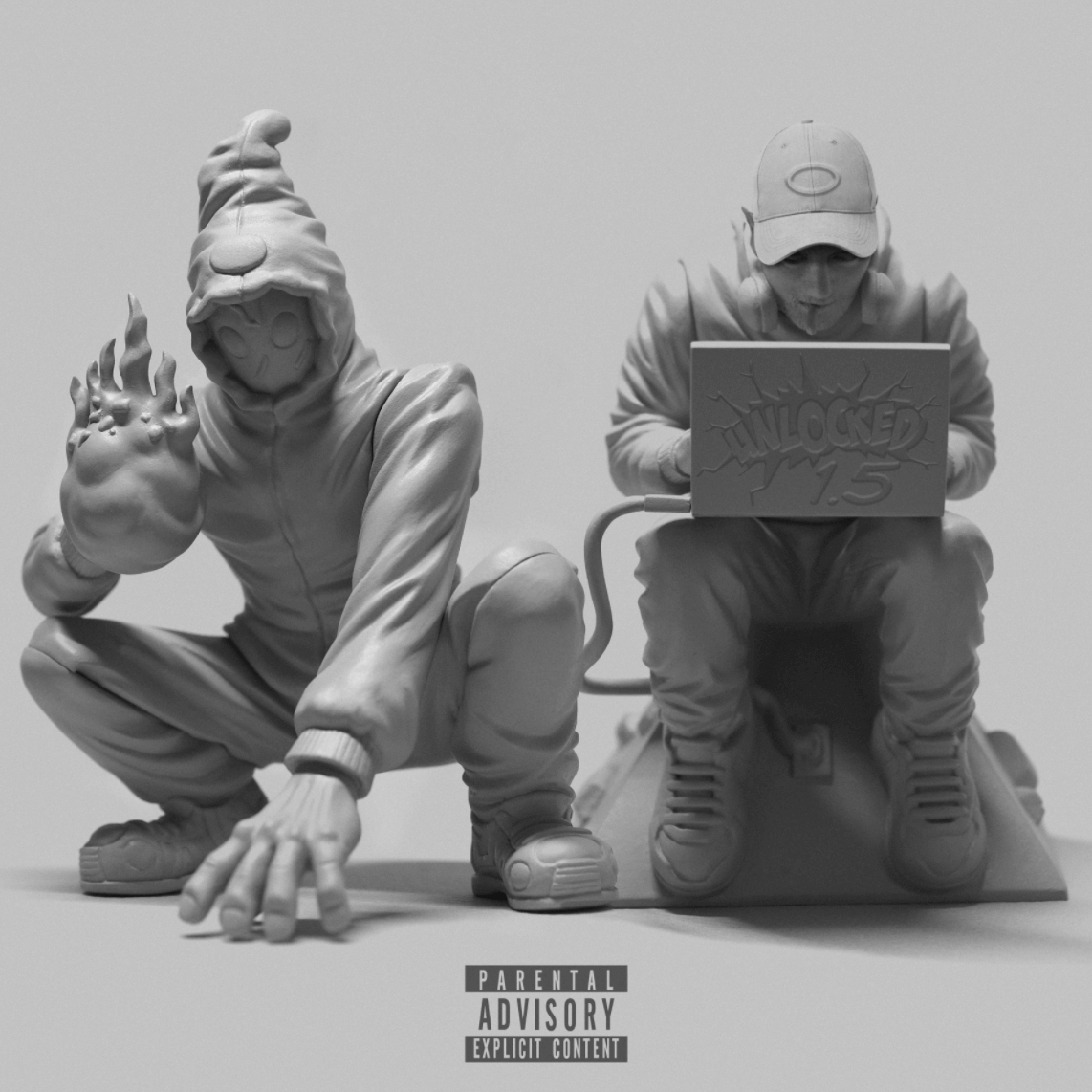 What a difference a year makes; February 2020: Denzel Curry and Kenny Beats had just dropped their new collaborative EP ‘UNLOCKED’ and played a rowdy, sweat drenched launch show at the now defunct China Chalet in New York. February 2021: a pandemic has put the world on pause and packed to the rafters gigs like the one at China Chalet are impossible due to social distancing but one thing is for sure, artists are still releasing music – that’s something Covid-19 can’t stop.

Billed as a sequel to their first hook-up, Curry and Beats are now releasing a buddy companion to last year’s EP, entitled ‘UNLOCKED 1.5’. Each track has been reworked by a broader roster of producers, vocalists and rappers, with most songs receiving tweaks and adjustments rather than a wholesale overhaul, although there are some exceptions where the script has been ripped up in favour for a new direction.

Rather than coming off as a sequel, as the EP’s creators have professed, ‘UNLOCKED 1.5’ is more like bonus material, akin to the extra stuff you get with a special edition Blu-Ray or the post-credit scenes from a Marvel film. In most cases the essence of the original song is still there, either in the vocal hook or a beat but it’s the added facets that give the tracks some additional flavour, opting to dilute the aggression and ushering something more restrained. ‘So.Incredible.pkg (Robert Glasper Version) feat Smino’ is altered from a murky banger to something more laidback and closer to jazz. The injection of soulful vocal snippets gives the song a dreamy quality but this doesn’t weaken the core braggadocio message from the 2020 version.

‘Take_It_Back_V2 (Charlie Heat Version)’ deploys with a similar jazzy direction, a swerve from the aggressive thump of its ‘UNLOCKED’ counterpart. Not content with this song getting one remix, ‘Take_It_Back_V2 (GODMODE 950 Version)’ closes off the EP with a rollicking jungle/drum ‘n’ bass hue by the way of Burial’s nocturnal murk. Trippy vibes and a dreaminess seems to be the reoccurring factor with ‘UNLOCKED 1.5’, with ‘Track07 (Georgia Anne Muldrow Version) feat Arlo Parks’ combining space age jazz with retro-futuristic tendencies, imagine the vision of contemporary music in 2065 but projected from 1965 and you’ll get the idea. ‘Lay_Up_m4a (Jay Versace Version)’ does a 180 from its previous incarnation for something less volatile that would be better suited to soundtracking cocktail lounges than sweaty moshpits. As a deviation from the jazz reworks, ‘Cosmic.m4a (Alchemist Version) feat Joey Bada$$’ breaks with the norm and takes the aggression and intensity from the original and enhances those elements for something closer to a punk aesthetic.

Remix albums can be tricky affairs and as with ‘UNLOCKED 1.5’ you’d only invest time in this release having fully embraced it’s 2020 sibling. The sonic reversions are interesting but not enough for them to standout on their own to pull in a new audience plus the addition of guest vocalists (Arlo Parks aside), act as more of a distraction, with tacked on raps that don’t offer all that much extra flavour. ‘UNLOCKED 1.5’ the 2021 cut – a nice collectible for lovers of 2020’s EP.