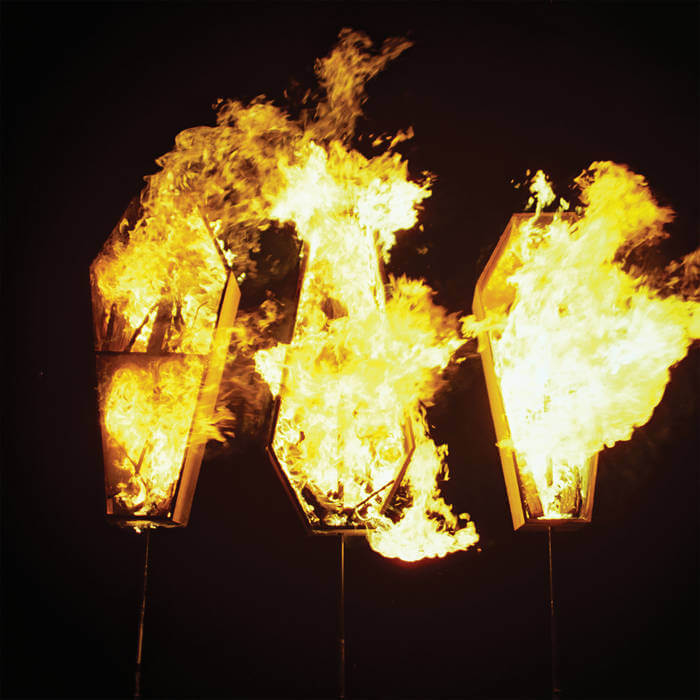 Show Me The Body

“In these days of hate/I search for truth.” This statement perfectly distils Show Me The Body’s third record ‘Trouble The Water’, an album that’s finely tuned into the highly strung, anxiety plagued zeitgeist. The NYC trio’s latest record pays homage to the city of its birth in both sound and narrative.

The former, a fierce assault of hardcore punk, hip-hop and deconstructed noise and the latter, a celebration of the Big Apple’s rich subcultures, and how they combine to create a unique style and spirit. Despite the LP’s New York leanings a lot of its themes are universal, these mainly centring on frustration, disenchantment and a powerful disdain for faceless bureaucracy. Squash this altogether and you’ve got a collection of songs that twitch with violent fury but it’s not a blind fury, despite the fiery rage, Show Me The Body convey a message of community and how strength in numbers can instigate change.

If “in these days of hate/I search for truth” via ‘War Not Beef’ typifies ‘Trouble The Water’s tone, the acerbic growl of “everything suppressed boils up” from the volcanic ‘Boils Up’ burrows deep in the album’s vein-popping ire. It’s an explosive call to arms howled by Julian Cashwan Pratt (vocalist/banjo) and one that’s bellowed at the heart of the record. It’s here where the palpable worldwide tension, quite literally, boils over to the sound of punkish hip-hop distortion. While this track is Show Me The Body at their most visceral, their third LP isn’t lacking when it comes to a guttural jolt of violence. ‘Food From Plate’ convulses with confrontational vim that has Pratt bark “they try to save their face/fuck that/we try to take it away” like a man fronting a unit hell bent on unmasking crocked power mongers. Opening track ‘Loose Talk’ issues a bleak observation of modern life, where villainous figures hide in plain sight “sometimes I think of silence/sometimes I think of the words they speak/sometimes I think of the wolf in the carcass of the sheep.” In a brief departure from ‘Trouble The Water’s seemingly perpetual melee ‘WW4’s stripped back delivery has Pratt making the most damning comment on his home country “hard to stay alive in America”. The album’s eponymous track brings the LP to a menacing close via a chugging, punk rattle. A slight shard of optimism can he heard poking out amongst the dense soundscape as the group’s frontman growls “it’s easy to tell hate from love”.

When not meeting societal matters head on ‘Trouble The Water’ cuts a beleaguered figure, one that’s bowing under the weight of the world. A scree of mangled electronic burbles and racing drums fuels ‘Radiator’s disenfranchised persona as the three piece’s frontman spits out “give me a problem/give me a break/don’t know how to communicate/there’s nothing for me when I try to stay/there’s nothing for me here.” ‘Out Of Place’s queasy undertones inject a momentarily sense of calm into the record as Pratt slurs “I wasn’t meant for earth/escape the hurt/I reach for space” with a potent sense of hurt and vulnerability.

‘Trouble The Water’ is an intense record, one that’s confrontational, angry and searching for truth in a world full of lies.

Pre-order Trouble The Water by Show Me The Body HERE