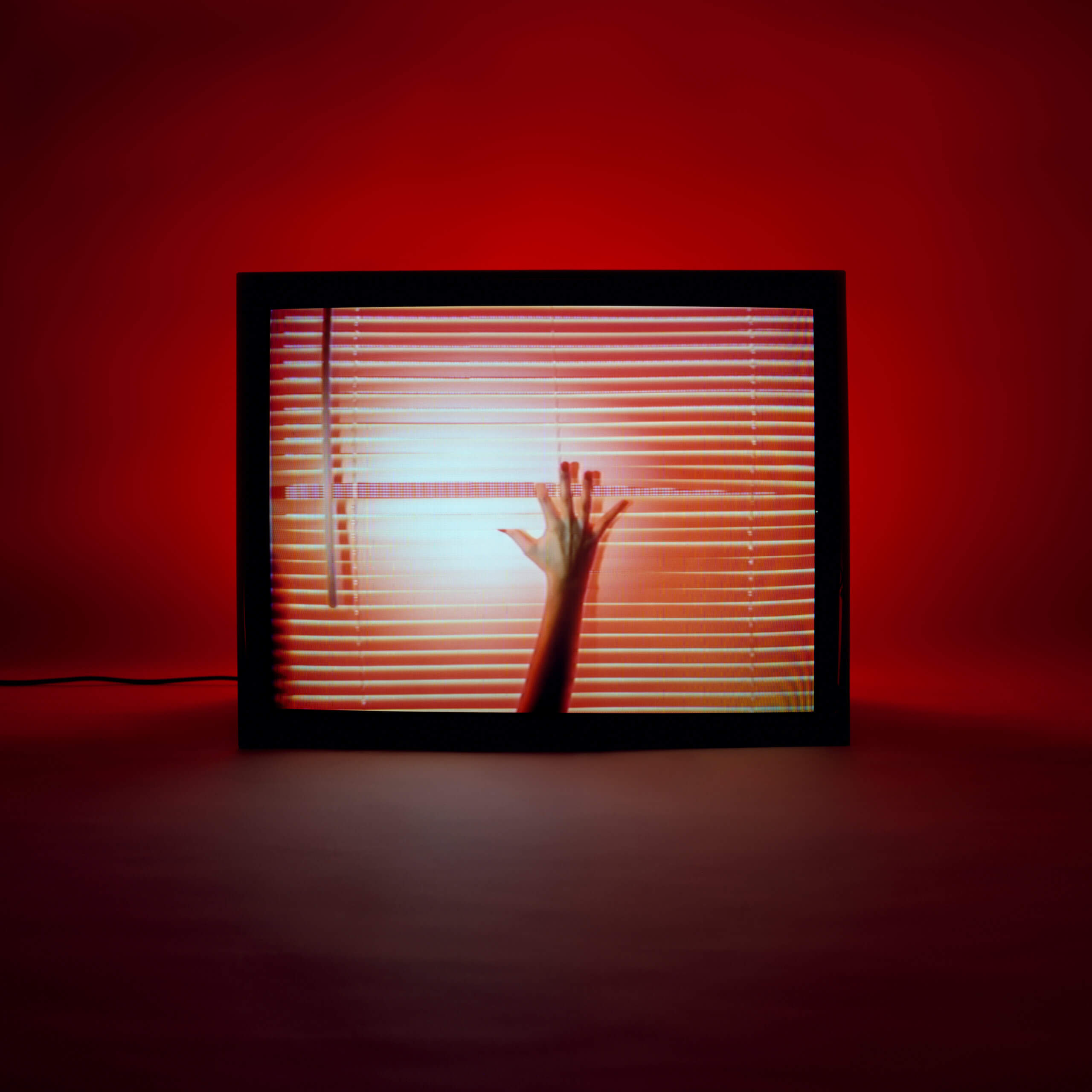 CHVRCHES’ fourth LP ‘Screen Violence’ garners its title from a trio of disparate influences. One; it was a moniker the three piece toyed with before settling on their eventual band name. Two; it’s a coy nod to their collective adoration for horror films. Three; and this is the most pertinent, the record explores the narrative of our relationships with screens and how they can be a window into the macabre and disturbing. Thematically the Glaswegian collective use their latest offering to document the abuse vocalist Lauren Mayberry receives on a regular basis via the web.

Countless tracks are ruminations on the pressure she feels being a female in the music industry, while conveying the frustration, pressure and torment she has to dodge and deflect all too often. Little side note, quite frankly if you’re online handing out abuse in any shape, way or form, you need to think about what that says about you as a person and the piece of shit you are. Ok let’s carry on with the review…

Ironically for an album centred around “addressing feelings of loneliness, disillusionment and fear” triggered by trolling online, ‘Screen Violence’s creation came via numerous video call sessions and the sharing of ideas via the internet – basically without screens this album would have been considerably different. This approach was thrust upon the group by Covid, with the band members finding themselves separated by the Atlantic Ocean in Glasgow and Los Angeles. The process was seen as “free initially”, as the trio began working on “escapist” material, that eventually ended up being “definitely still personal”. There’s numerous moments within the album where it feels like Mayberry is wrestling with her own public perception and the persistent commentary about her position in the band. ‘He Said She Said’ recounts the frequent barrage of criticism the singer is witness to “he said you need to be fed but keep an eye on your waistline” and “look good but don’t be obsessed” just about scratch the surface. It’s the primal, vocoder-distortion “I feel like I’m losing my mind” that rams the song’s point home. The darker, almost drum ‘n’ bass fuelled ‘Violent Delight’ ploughs a furrow of bleaker consequences, as the band’s vocalist states “if I disappear they’ll say I killed myself/I never fear for my own health”. The burden of being up for public debate manifests via the angrier, more dramatic ‘Final Girl’, which has Lauren reflect on a range of what if’s “I wonder if I should have changed my accent/tried to make myself more attractive/only time will tell”. The cinematic rush found at the song’s core breaches its apex with Mayberry putting herself in the role of lead protagonist in a film “in the final cut/in the final scene/there’s a final girl/and she looked like me/and you know she should be screaming.” As a rush of synths, drums and Lauren’s impassioned voice reach their epic conclusion, the feeling of frustration is palpable. As a direct retort to ‘Final Girl’s twisted tale of unfounded pressure, ‘Good Girls’ firmly flicks a middle finger at the notion of being a victim. A steady thump and a swath of twinkled electronics elevate Mayberry to a status of power and defiance as she claims “they tell me I’m hell bent on revenge/I cut my teeth on weaker men” as the perfect fuck you to all the over opinionated chauvinists.

Sonically and overall ‘Screen Violence’ feels like a huge leap forward for CHVRCHES; as a group who’ve worked their way up festival bills and to bigger venues over their decade as a group, their fourth album is custom built to fill those colossal expanses. Everything appears bigger, sometimes poppier, more dramatic and with a clenched fist determination. Even when Mayberry is recounting her many encounters with the weight of expectation and unwanted commentators, the album always projects confidence – even in its most fragile of instances.