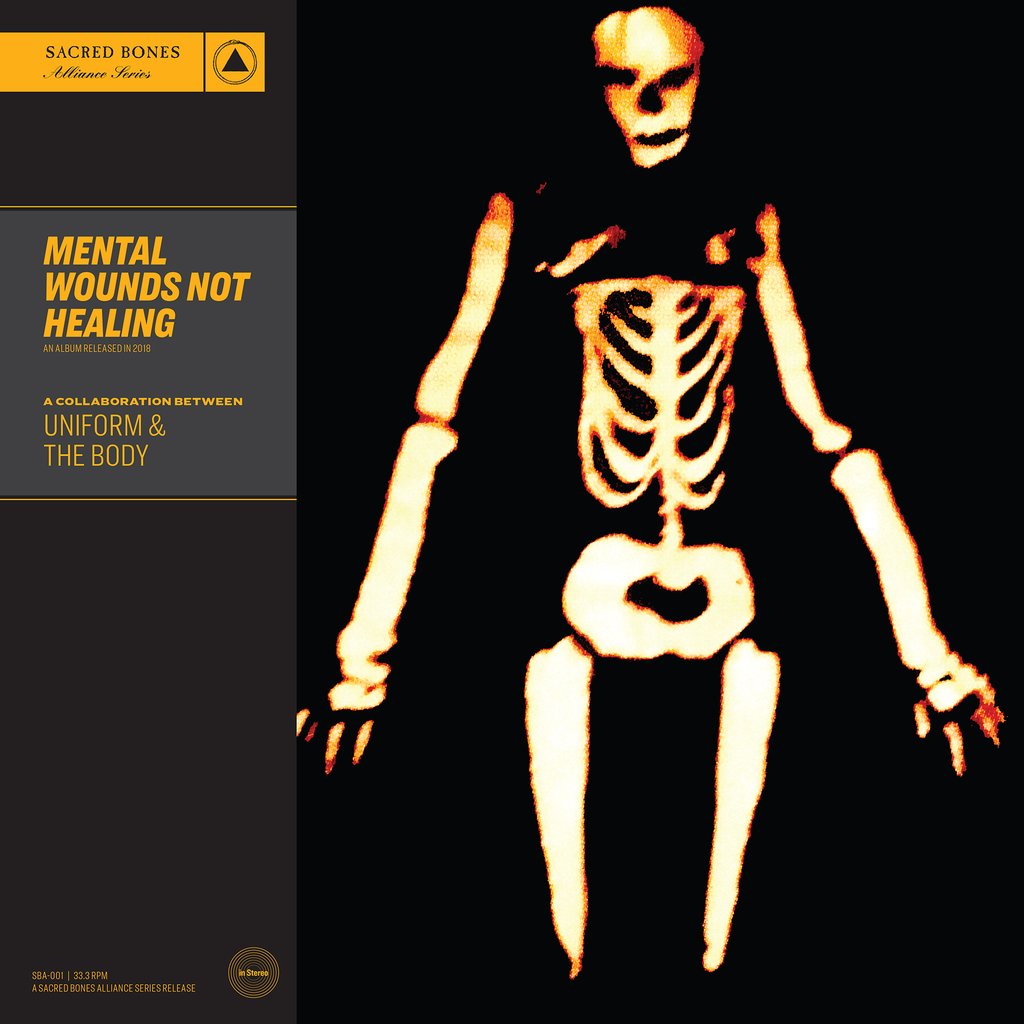 The Body is a relentless force. The Body is a business. The Body has a vision and a target market, but you need to prepare yourself to become a target. The Body fosters partnership, welcomes fiendish friendship. The Body knows how to manage and how to delegate. The Body operates with precision.

A collaboration with New York industrial duo Uniform is the latest thrill in a long line of boundary-pushing mergers with the King and Buford association (Chip King [vocals/guitar] and Lee Buford [drums]). But don’t let the proliferation of records and one-off projects fool you into believing this to be a case of quantity over quality, or that somehow an arching concept holds more weight than the actual music. Quite the contrary – the songs always matter, and the relatively quick-hitting Mental Wounds Not Healing is a collection of seven distilled, focused songs without unnecessary flourish. It’s no advertisement for the Body corporation, but just as with every instance where they decide to release either a solo or joint project, the choice of direction and balance of tone feels apt and the essence of each group flourishes with mutual respect. (For a reference to previous collaborations, take a listen to The Body’s projects with Thou, Krieg, Full of Hell and The Haxan Cloak.) This speaks volumes of their capacity as a selfless duo and their fearless vision to brave the depths of extreme iconoclasm.

Uniform’s disgusted and ravaging industrial blast serves as yet another seamless match for The Body’s subterranean doom. On Mental Wounds Not Healing, whose seven tracks clock in at a sparse 27 minutes, the two groups maintain an essence of mind-drilling frustration with existence while not dwelling upon any deliberation. Dread is final. Michael Berden’s snarl is positioned over top of grinding guitars and electronic beats that are pulverized and deadened until they feel like the blood rushing through your ears when you forcefully close your eyes and clench your jaws.

Previous solo work of The Body holds a liturgical quality, either employing choral singing or incorporating themes of death, decay and resurrection amid the general aura of hopelessness. This eschatological hope can still be found in the overall bleak album and listening experience which is Mental Wounds. There is a hint of an inherent embrace and lust for life in all its terror and madness. For Uniform, anger and revolt seem worth living for, even as the world beneath them disintegrates in a sonic upheaval. The vocal duets between Berden and King (with his iconic falsetto howl) balance one another through a tension and release that makes you want to spread your arms in surrender, seen for example on “The Boy With Death In His Eyes” and “Empty Comfort.” These moments are worth suffering for.

The key role Uniform plays in this newest partnership is driving away the melancholia which pervades much of The Body’s previous work. The music is wounded, not healing, and it is good for you. 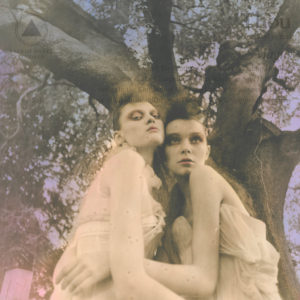