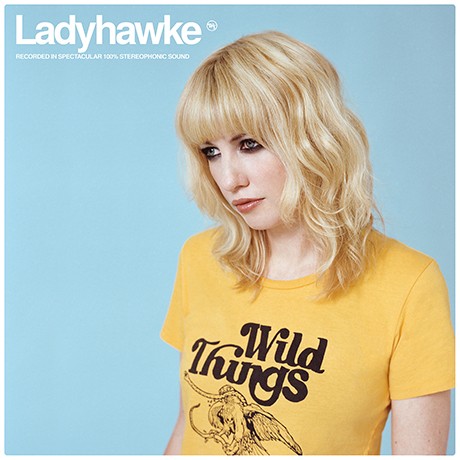 Wild Things marks the third solo album by New Zealander singer-songwriter Phillipa Margaret Brown—better know as Ladyhawke. There’s been a long gap since her last project, 2012’s Anxiety, and the change in sound is just as stretched. Gone is the industrial grunge-pop and alternative instrumentation in favor of a heavily 80s-inspired synthpop sound, produced masterfully by Tommy English. Also missing is the titular self-doubt of her previous work, replaced with a consistently bright and fresh-eyed view of love and its place in nature. It’s an immediately inviting and infectious optimism, but as a full-length record, it quickly crumbles under it’s own weighty charm.

When I initially listened to this album, the first track, “A Love Song”, knocked me back. The heavy synth bassline, the layers of vibrant melodies chiming in on top of each other, the way Ladyhawke’s voice smashes into each chorus while riding on a tsunami of digital euphoria. The quiet-loud formula here is like the Pixies on ecstasy, which I can dig. Then track two, “The River” kicks in. Okay, more of the same, cool. Then the sense of familiarity continued. About halfway into the album’s brisk 11 tracks in 38 minutes, I felt as though I’d heard the same song six times. A good song, mind you, but it quickly became tiresome. That’s Wild Things’ main problem: it works as a collection of singles, ripe for plucking and blasting onto the radio at any time, but as a collection, there’s no sense of progression or lasting effect.

On her personal website, Ladyhawke has said that she wanted her listeners to get “a feeling of nostalgia even though they may be hearing [her] songs for the first time.” To borrow an old adage, nostalgia is a double-edged sword. Even lyrically, Wild Things borrows well-tread, nay, trampled topics like moving past heartbreak. The album’s sound and lyrical themes establish themselves within the very first song, with early declarations of things getting better. The problem with putting what is essentially your strongest climax at the very beginning is that things don’t get better. By the time you reach the final track, “Dangerous”, which states “falling in love is heaven lost in hell”, you’re left with an unceremonious feeling.

Like the brief fling of love she warns against, Ladyhawke’s Wild Things is a fun but ultimately cheap thrill with no attempt at longevity, which is especially disappointing considering the time it took to produce. Every track here is strong, but when stood up against each other, they reveal themselves to be too formulaic. There’s no shame in that—I could easily throw on a track or two at a party or in the car and get a great reaction. Tracks like “A Love Song”, “Wild Things”, and “Golden Girl” seem destined to launch Ladyhawke into the mainstream, and well they should. But Ladyhawke’s latest is best played loud, not long.