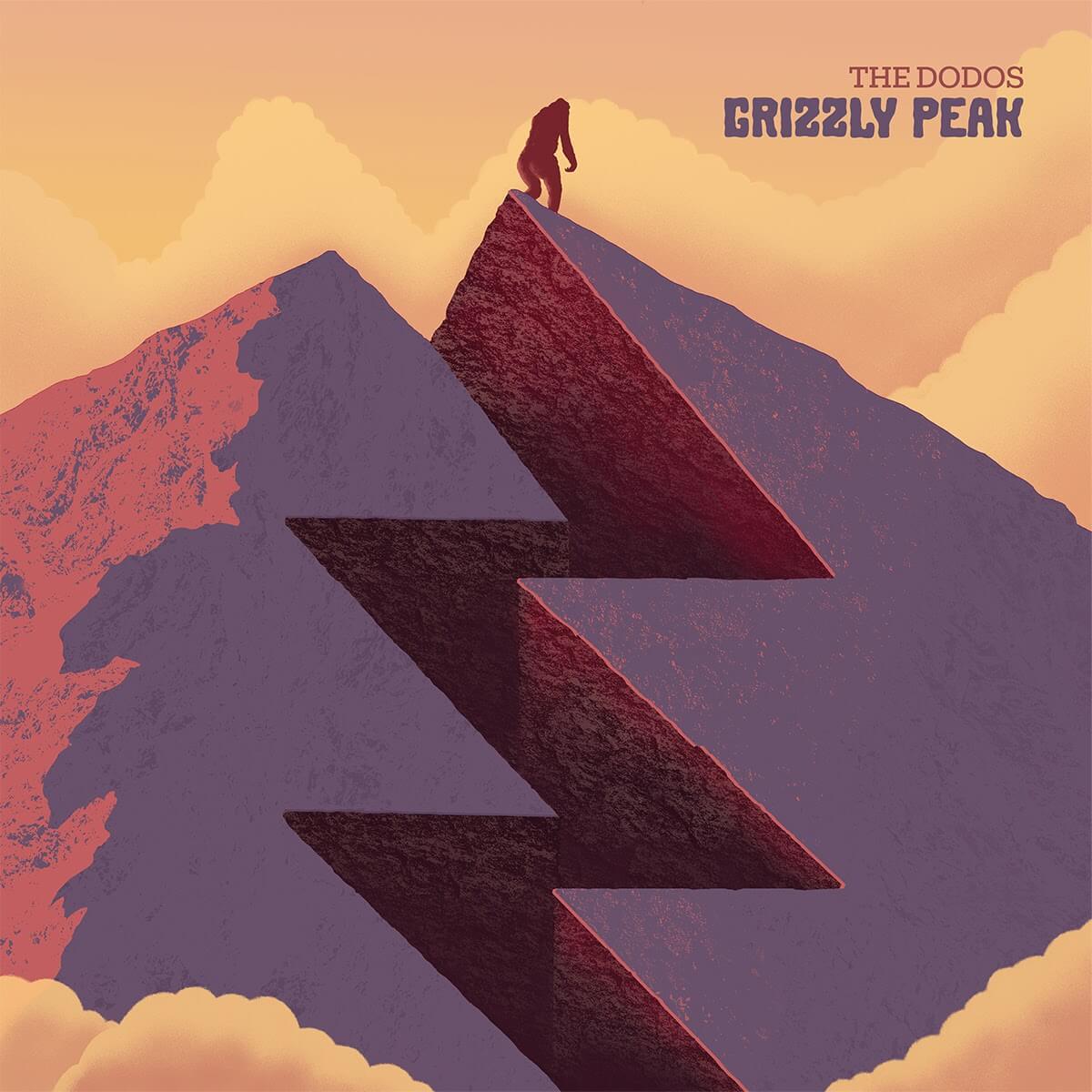 After busting on the scene, with their quick-picked guitar, adventurous drumming, and clever lyrics, with Beware of the Maniacs in 2006, The Dodos have released one stunner of an album after another, getting increasingly electric in their arrangements. Their latest record, Grizzly Peak, finds them going back to their original sonic intent: “creating a record that felt and sounded like the inside of a guitar might.” Their albums are always ear worms, but their latest might be their most catchy record to date.

With Meric Long’s intricate guitar work and Logan Kroeber’s busy drumming, the feeling is always full. And the lyrics are deep dives. “Bitter flowers bloom / You and I what we’ve been through.” Meric has always been able to describe well what he’s going through, in confessional but poetic lyrics. As good as he is on the guitar (and he’s real good,) he is also super adept at telling a compelling story that comments on his own and the world’s blind spots and ambitions.

It’s good ingredients for a band who has accrued a cult-like following. “Unicorn / you were looking for a unicorn.” Like in past albums, Meric’s songs are full of a healthy skepticism, especially about himself. A constant digging through the mirages of life, to get at what’s real. On this album, it’s forgiveness, regret, and enduring love that are the themes.

After struggling with arthritis in his hands, starting just recently, Meric, whose identity has been bound up in his playing, (and whose guitar chops are nearly unrivaled,) began to take an inventory of his whole life til now. And that is the fodder for the ten song album, Grizzly Peak. There are songs about his literal connection with the guitar: “I guess I’ll have to fight you with a guitar.” Relationship struggles: “We couldn’t find our way across / the Atlantic Ocean.” And doubt about the future: “This can’t be a dead end.”

There are strings on some of the tracks, and all of the arrangements, in good Dodos’ form, have many different changes to them. But where in the past the changes were strange but satisfying, the arrangements on these tracks are almost poppy, turning their guitar-centered music into what sounds like more radio-friendly songs. The urgency of the lyrics is met with the accessibility of the music, so that perhaps a wider audience will enjoy this record than past releases.

“Don’t think I can let this go / Even if I’ve been here before.” That lyric, while negative in the song, “Pale Horizon,” could be a positive statement for this band. Their drive as a creative force is enviable, and the fact that they can consistently put out material that is at once fresh and familiar to their sound is what makes them a staple of indie rock. They keep coming back. If they never put out another album, (my best wishes go out to Meric for healing of his hands and heart going forward,) they’ve already offered a powerful catalog of music. And this record is perhaps the most accessible of them all.