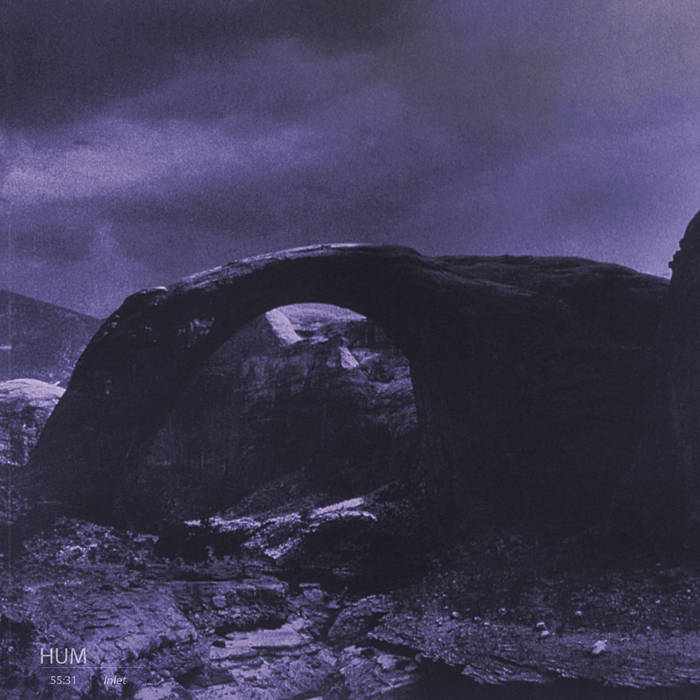 In a time of over-exposed album rollouts—think YouTube video premieres, behind-the-scenes studio updates on Instagram Live, pre-release unboxings— there’s something special about a surprise release. Take the arrival of Hum’s Inlet, the Illinois outfit’s first album in 22 years. To be fair, vocalist Matt Talbott had hinted at new music sporadically over Facebook and Instagram since at least 2016, but the foursome played it close to the chest until this past Tuesday morning, when seemingly out of nowhere Talbott uploaded eight epic tracks onto Bandcamp with the following note: “New Hum album out now. Love you.” The recordings are as massive as Talbott’s message was minimal, marking a stunning return for the space rock quartet.

Hum may be best remembered for their “Stars” single, off 1995’s You’d Prefer an Astronaut. It was a chunky earworm of detuned riffs, post-hardcore grooving, and Talbott’s understated, galaxy-gazing lyrics. It crossed over with MTV and radio airplay, and oddly rode another wave in 2009 when it was licensed to a Cadillac commercial. 1998’s Downward is Heavenward was excellent, but it didn’t push them to the next level; they broke up in 2000 (they’ve maintained an off-and-on status since 2003). Since then, they’ve become cult favourites— Deftones’ Chino Moreno cited Hum’s bombastic, effects-soaked guitar texturing as a key influence.

Indeed, Inlet has Talbott and co-guitarist Tim Lash flooding the speakers with explosive tones and ideas. “Wave” begins with a quick rise of crushed-out chords and a veneer of My Bloody Valentine-style note warping, while Bryan St. Pere pushes serious air with his massive kick drum thud. Talbott sings of days filled with sorrow, up until “the waves of you roll over me again.” An elemental, visceral experience, Inlet often finds Talbott wrapping his gauze-soft vocals around a globe of sleeping meadows, running rivers, and “waves that lift us”. While this gives Inlet some lush world building, there’s often a secondary sense of loneliness and solitude to his lyrics. He sings about feeling lost at least a few times. “In the Den” and “Step Into You” are journeys to get back to someone; “Folding” envisions a bleaker future, drifting through the ashes of a scorched earth, admitting “I could never be two.”

Sonically, it’s gorgeous from the get-go. While riding an open-note groove, Lash affixes “In the Den” with ethereal, octave pedal-pushing stringwork; “Cloud City”, existing in the band’s live arsenal for a number of years, is distortion-driven shoegaze at its dreamiest; “The Summoning” suggests that Hum are just engaging while dabbling in some craggy, Sabbath-style gloom; “Step Into You”, the record’s only song to sit beneath the five-minute mark, features Inlet’s biggest solo, Lash’s lasered-out lines reaching the heights of ‘80s pop guitar.

Despite its maximalist guitar texturing and extra-epic song lengths (half of its tracks sit above eight minutes), Inlet hardly wears out its welcome. While washing away some of Hum’s scrappier tendencies (think the chaotic metre-shifting finale of “I’d Like Your Hair Long” or Talbott’s raspier tone on “Comin’ Home”), it’s an undeniable masterwork from these tone veterans. Dive in.