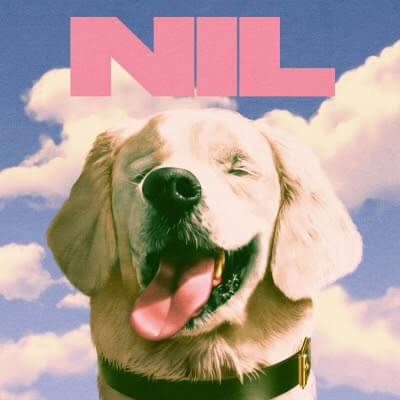 The key ingredient to The Dirty Nil’s rock ‘n’ roll formula is a dash of humour. They’re a group that don’t take themselves too seriously and this notion is omnipresent on their third LP ‘Fuck Art’; a collection of 11 songs that flit from anthemic pop-punk/rock to grungy undertones and Slayer inspired thrash metal breakdowns (yeah, you read that right, I’ll get to that shortly).

Thematically, the Ontario outfit’s latest offering contains a musing about Elvis’ final thoughts whilst dying on the toilet, social media narcissism, dealing with the worst headache induced by the mother of all hangovers, bicycle theft and acute musical jealousy, to name a few. Crucially ‘Fuck Art’ isn’t a comedy record; yes there’s a jovial nature to how The Dirty Nil address their songs, but its novelty isn’t meant to overshadow the true sentiment of the album.

So, you’re wondering, the Slayer thing? Here goes: ‘Doom Boy’ opens up ‘Fuck Art’ in a barrage of twisted metal riffs, that merge with anthemic vocals and a massive pop-rock chorus. According to singer/guitarist Luke Bentham the track was inspired by their touring van and the limited soundtrack to multiple hours on the road “it’s based around my mom’s black Dodge Caravan that we all ride around in together. And we did actually listen to ‘Reign in Blood’ by Slayer because that was the CD that was stuck in player.” A further Slayer hijacking on a Dirty Nil song presents itself via ‘Ride or Die’. Metallic fretwork, racing drums and an influence centred around Bonnie and Clyde give the song a rampant immediacy. Whilst the rest of the record doesn’t lean so much on the heavy metal titans, ‘Fuck Art’ still contains a hefty slab of big, dumb riffs and a boisterousness that invokes the mental images of mass singalongs and arms-aloft festival crowds (remember when we could see a band live?). ‘Possession’ is a full on stadium-rock juggernaut and the same can be said for the bratty, fidgeting melee of ‘Done with Drugs’.

Elsewhere ‘Fuck Art’ straddles the line between pop, punk, rock and grunge; ‘Hello Jealousy’ sparks into action via huge tub-thumping drums and an even bigger set of high velocity riffs, while ‘Damage Control’ pendulum swings from chugging, gnarled rock to slow shimmering quiet/loud grunge dynamics. ‘Hang Yer Moon’ is the song that distils the notion of being hungover to fuck, which is typified by a low, lumbering bassline that seems to mimic the queasy affliction of a few too many beers and the next days challenge to not puke, and of course, the skull crushing headache, courtesy of a grinding metal riff.

A little bit silly, heavy on riffs and with its tongue firmly pressed into its cheek, ‘Fuck Art’ is a welcome distraction to the aftermath of 2020 and whatever 2021’s clean up job will be.