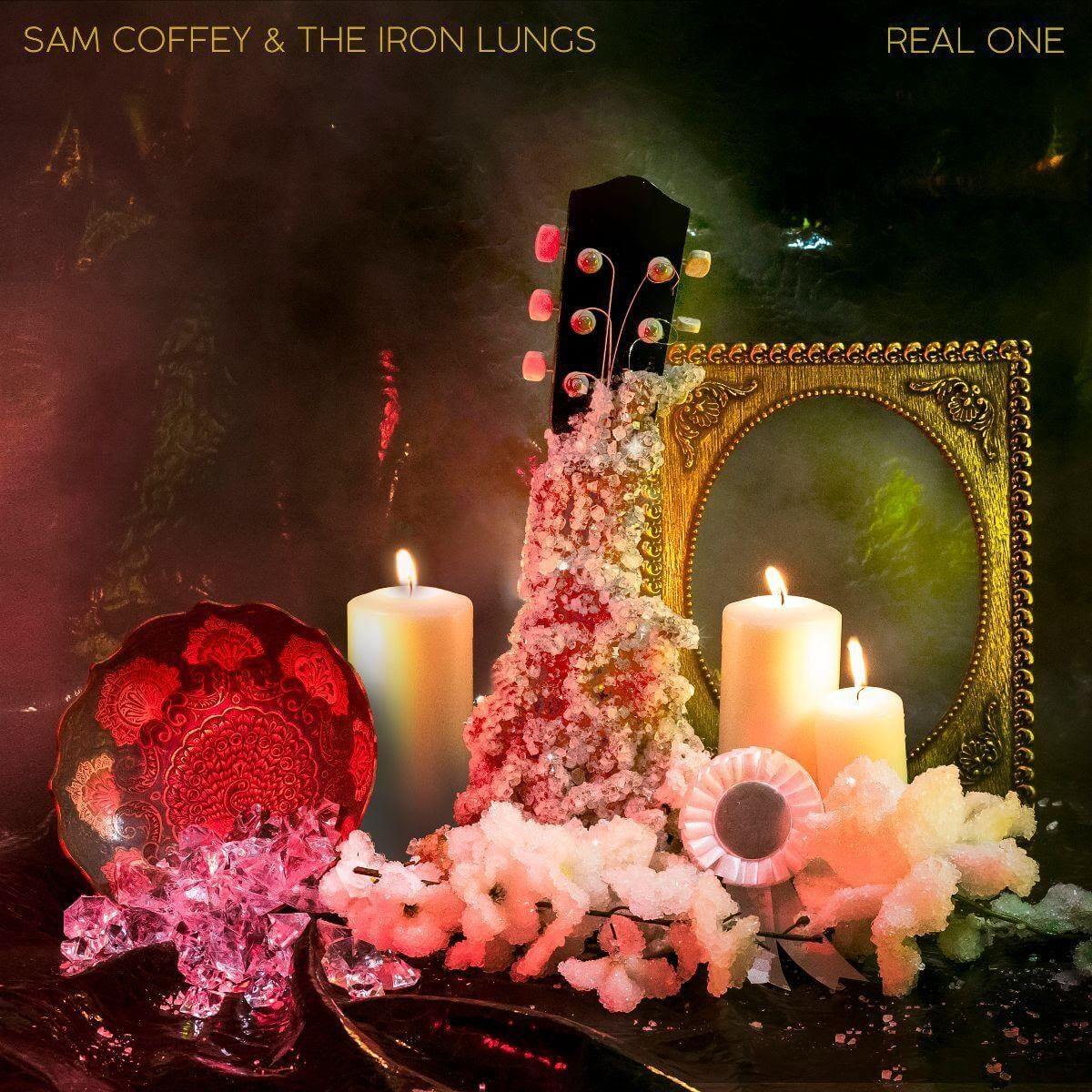 Sometimes music just hits you doesn’t it? It smacks you straight in the chest with a thump, as you stumble back with an ‘oooph’, as your lungs dispense of all their oxygen. That’s the impact of Sam Coffey &amp; The Iron Lungs’ latest LP ‘Real One’; this is a record that channels a Springsteen-style earthy rock ‘n’ roll rawness on one hand while on the other, a theatrical bent, one that’s bestowed with a cinematic swoon. Either side of the band’s coin comes with an emotional pang, whether it’s fist-pumping anthemics or a heartfelt wistfulness.

“It’s a really triumphant, victorious record. I always thought I wasn’t where I should be, but now I feel like I am” is how the group’s lynchpin summarises ‘Real One’. It’s this determination and defiance that fuels the sextet’s third album; it’s the kind of LP that makes you feel ten-feet tall but also one that keeps you grounded too. Opening track ‘Back with the Gang’ sets the pace and tone, with its rough cut rock ‘n’ roll swagger, group backing vocals and its histrionic guitar solos. The same can be said for ‘Sounds Alright’s boisterous, yet anthemic chug – one that’s propelled along by Connor Glen’s piston-like drumming. Lyrically, ‘Lately’ has Coffey yearning for that special someone “been thinking about you lately/I’ve been talking you lately”, while sonically, it’s just huge and custom built for big rock shows. ‘She Knows’ comes in strutting with a nod to Thin Lizzy’s ‘Boys Are Back In Town’ as Coffey appears to be reflecting on life on the road “living life in a Chevy ain’t what it used to”. The record’s eponymous moment brings ‘Real One’ to close, as the group’s leader sings with a tongue-in-cheek confidence, that harks back to his comments about the album being “triumphant, victorious”. A lonesome strum soon expands to stadium sized rock, as Coffey sneers “going nowhere fast/Lord knows I’m a real one”.

When not gearing up to shake the foundations of sporting colosseums around the world, ‘Real One’ exposes its tender, vulnerable side, both sonically and thematically. The trifecta of harmonica, swaying organ and an Americana guitar intonation finds Coffey in an evangelical mood; “could you be an angel on earth?” croons the band’s leader, while also confessing “I believe in magic” with an unwavering optimism. With a theatrical, piano bounce ’15 Minutes’ tells the story of Jackie, a waitress that’s down on her luck, someone who “wants to kill her mom/and we both know she probably could”. Add in some saxophone and a country-esque twang and you’ve got a song fit for Broadway. Preceding ‘15 Minutes’ is ‘Gates of Heaven’, the record’s sprawling seven minute opus found slap bang at ‘Real One’s core. Commencing with a skeletal guitar line and Coffey’s hoarse vocals, the song soon begins to swell, ushering in yearning strings, swooning saxophone, and a subtle honky-tonk piano. From its minimal beginnings, it eventually unfurls to become a massive wall of sound, that’s further embellished by squalling guitar solos and soulful female backing vocals. When you throw into the mix “heaven is at your door”, that’s hollered by Coffey, you can’t help but succumb to the song’s brooding intensity.

Big, bold, and full of heart, there’s no doubting Sam Coffey and The Iron Lungs have made the ‘Real One’ with
their latest body of work.

pre-order Real One by Sam Coffey & The Iron Lungs HERE