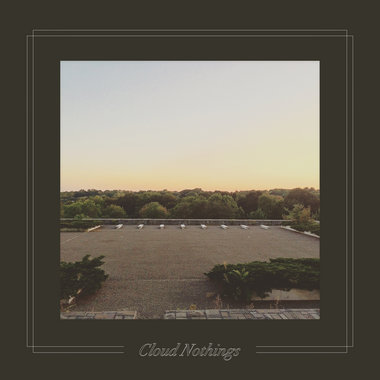 When lockdown went into full effect earlier this Spring many artists and bands came to the unfortunate realization that the plans they had for the rest of the year were now completely off the table. All touring had to be postponed or cancelled and if you had any recording sessions booked, with social distancing rules in place, preparing for that would be next to impossible. When it hit Dylan Baldi and Jayson Gerycz that their band Cloud Nothings wouldn’t be touring for the foreseeable future, they took it upon themselves to start working on a new album. Passing back tracks back and forth via email the pair, who had been used to working out their songs in jam room sessions, feeding off the energy the other players brought to their ideas and parts, found themselves separated and focusing more on crafting tighter songs than they had previously wrote in the past. This isn’t the first fully quarantine produced album, and probably not the last unfortunately, but The Black Hole Understands stands out as one of the best that Cloud Nothings have produced thus far.

Right off the top you can hear the tightness in these songs arrangements. Not being in the same room together has given the band a new sense of space and it’s pretty wonderful to hear. Album opener “Story That I Live” kicks off quickly but it is all tempered by its clean, chiming guitars while the drums maniacally erupt around them. By the time we get to the bridge, with Baldi mirroring his vocal melody with the lead guitar line while the rest of the band sways around him and an even catchier “ba ba ba” vocal part kicks in, you should find yourself completely hooked. “The Sound Of Everyone” contains echoes of Twin City legends The Replacements with some incredibly impressive drumming courtesy of Gerycz. While the album does come off as poppier comparatively to some of Cloud Nothings previous releases, it also comes off as somewhat more melancholic. Perhaps that melancholy is coming from the nature of them having to record the album in such a lonely manner but, regardless, it permeates through every song on the album. “An Average World” is highlighted by a gloriously infectious chorus with Baldi singing “I’m Never Where I Want To Be/So Should I Just Give Up” while the harmonies cascade in a Beach Boys esque fashion in the background before the band absolutely rockets off with an aggressive musical post chorus refrain. One of the record highlights “This Mess Is Permanent” showcases Baldi’s firm grasp in writing wonderful melodies. The guitars clash and chime melodically while the drums push and pull at the groove creating an illusion the band did this live off the floor. This is the interesting thing about The Black Hope Understands. If we didn’t know previously that the band wasn’t in the same room recording this as a unit, there’s no way we would really be able to tell. The energy remains at an all time high throughout the entire proceedings. “Right On The Edge” teeters wonderfully on the edge between punk rock and more 90s sounding power pop a la The Posies. By the time we’ve arrived at the albums namesake and closing track, “The Black Hole Understands” with its perfect ‘in the round’ melodic outro, the record’s thirty minute running time has whipped by leaving you with memories of copious guitar hooks and irresistible vocal melodies all buoyed by an unstoppable energy.

Cloud Nothings have released some very great records in the past, most notably 2012’s Attack On Memory and 2014’s Here and Nowhere Else, and with The Black Hole Understands they may have outdone themselves. It’s angry enough to give you something to blow off steam to while stuck at home and also hooky enough to distract you from any of your quarantine related depression. While it may be brief, it makes a huge impression and hopefully someday soon we will be treated to seeing the band actually perform these songs live and in person. 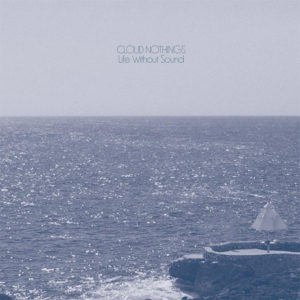 ‘Life Without Sound’ by Cloud Nothings 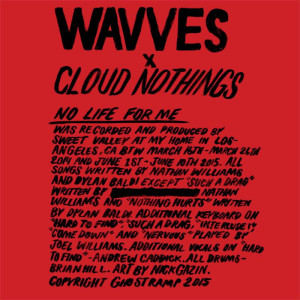