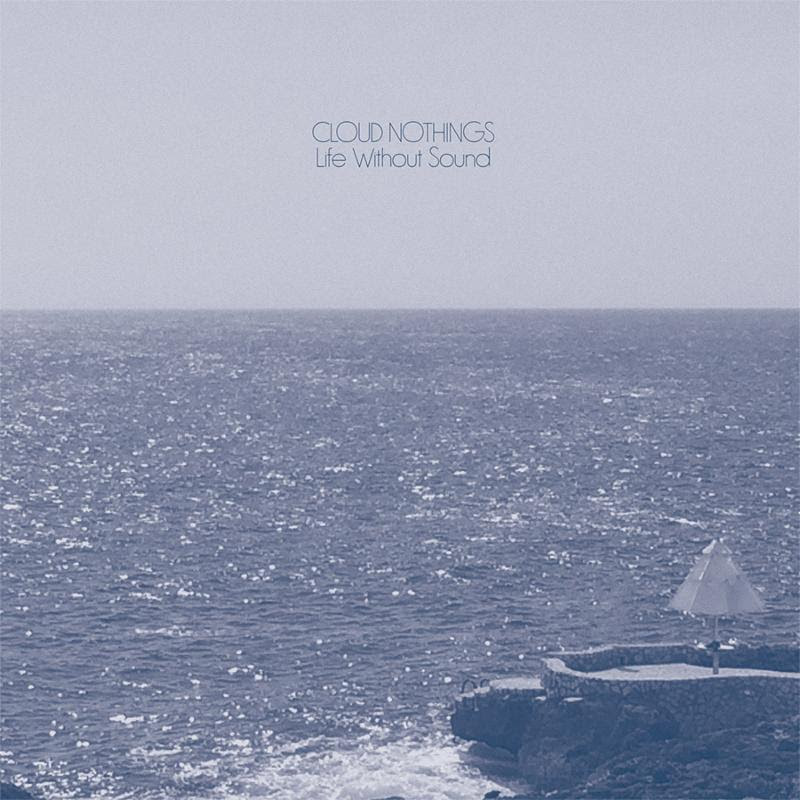 Somewhere between frosted tips going out of style and Enema of the State falling off the charts, pop-punk became less of a genre and more of a punchline. Despite flirting with elements of its style, Cloud Nothings has always managed to stave off being labeled a “pop-punk” band, thanks largely to Dylan Baldi’s scratchy singing and the frenetic guitar playing of former member Joe Boyer. On Life Without Sound, however, the distinction is much harder to make.

Three songs and roughly 12 minutes into the album itself, it’s easy to forget who you’re listening to. The venom and vitriol seems sapped from Baldi’s voice, while Boyer’s replacement, Chris Brown, pales in comparison to his predecessor. There’s a sense that something sweet has worked its way into the band where it doesn’t belong, like bubblegum matted into a mess of hair. It’s not until “Darkened Rings”, a standout track that sounds right at home in Cloud Nothing’s catalogue, that Life Without Sound feels like it’s getting somewhere, sounding more like a unified effort and less like a patchwork of parts. Woefully, that momentum quickly dissipates with subsequent songs “Enter Entirely” and “Modern Act”, each of which sound as if they may have been ghostwritten by Billie Joe Armstrong.

It’s not that Cloud Nothings are incapable of writing up-beat or playful songs, nor should they refrain from trying. “Fall In” and “Stay Useless” from 2014’s Attack on Memory serve as great examples of the band blending angst with accessibility and coming out victorious. Much of Life Without Sound, on the other hand, feels like a forced smile—a cheap veneer meant to cover up the group’s grittiness.

If Life Without Sound is anything to go by, it appears Cloud Nothings are in the early stages of an identity crisis. In retrospect, Baldi’s statement about the record in October was something of a clue (“there was a point in which I realized that you can be missing something important in your life, a part you didn’t realize you were missing until it’s there…”), but his songwriting is far more indicative. There are definitely redeemable instances scattered throughout — almost half an album’s worth of “a-ha” moments that indicate Cloud Nothings haven’t forgotten how to make songs that sound deliciously raw and unrefined. The cleverly syncopated and wickedly energetic “Realize My Fate” is almost worth the price of the album itself. Still, to get to these flashes of brilliance, one must trudge through a far weaker majority. If you can look past what appears to be a guitar solo ripped from Coldplay’s “Viva La Vida” on “Up to the Surface”, or stomach the almost antiseptic cleanliness of “Internal World”, you’ll be rewarded with a handful of solid new material. It’s not a great ratio, but it’s not a total whiff either.