So When You Gonna...

Most artists don’t create in a vacuum. Just being out and living your life in the world is going to affect your creative direction whether you think about it or not. Music has long been a platform to question societal ills, direct social change and, hopefully in cases, to educate. Alice Go, Bella Podpadec and Rakel Mjöll released their debut self titled album as Dream Wife in 2018 and with it exposed a new generation to Bikini Kill and The Slits inspired, hyperactive punk rock. The band formed in art school in London with the idea to use their platform to help prop up female and non-binary creatives and to take the experiences they have shared as females, not only in the music industry, but just in the world. That album was a sharp blast of angular guitars, sweltering beats and featured the bands unapologetic point of view. Now, Dream Wife are back with their sophomore release So, When You Gonna… and while picking up where they left off on their debut, the record also showcases how hard the band toured that first album. It’s a little more sophisticated and textured, capturing a new, new wave aspect to the group’s sound while remaining defiantly punk rock.

So, When You Gonna… kicks off with “Sports!” and a blast of feedback into Mjöll chanting “Fuck sorry, fuck please, will you so kindly start again?” before some super jagged guitars and a driving disco-y beat take over. The energy and excitement is palpable right away. The repeated refrain of “Now put your money where your mouth is” is not just a clever lyric but one important proclamation that the band lives by. When they were putting together the album, Dream Wife knew the disparity in the gender divide in music production is ninety five percent male to five percent female and they wanted to go against that trend. Working with an all non male production team, producer and mixer Marta Salogni (Björk, Holly Herndon, FKA Twigs), engineer Grace Banks (David Wrench, Marika Hackman) and mastering engineer Heba Kadry (Princess Nokia, Alex G, Beach House) and the record benefits from their perspective. “Homesick” goes from the slower burn of the verse, with it’s staccato drums and guitars into a gloriously surprising yelp bursting into its high strung chorus. The album isn’t all just sharp blasts though. Dream Wife slow the proceedings down some on tracks like “Validation”, where they confront the idea of the need to be recognized as someone special in their field and how that can feel absolutely draining. Musically, we are treated to some wonderfully chiming guitars and buoyantly bubbling bass lines on tracks like “Temporary” while the band displays their firm grasp of crafting super hooky vocal melodies. “U Do U” is a melancholic number about the hardships of trying to maintain a relationship while being a working female touring musician and how this lifestyle is intimidating to most suitors. “RH RN” has an absolutely killer chorus that displays so much tension and opens up musically in a way that the band hadn’t previously. It’s clear that two years of touring their debut has benefited their songwriting. It is goosebump inducing when Mjöll, in her very Icelandic accent, sings “We are the youngest we will ever be, We are the oldest we have ever been, Right Now”. Title track “So, When You Gonna…” is an eruption of power that will leave you breathless and “Hold On Me” shows Dream Wife’s humorous side with a very fun Kylie Minogue reference that should brighten the listener up.

Throughout the running time of “So, When You Gonna…” Dream Wife tackle such topics as such as abortion, miscarriage, and gender equality and done in such a way that their point of view comes across in the clearest way. The music the band craft is full of potently powerful messages that question, direct and educate. It’s a rare combination of thoughtfulness, anger, melancholy and genuine beauty that add up to something that examines these issues directly and displays them as something extremely human. Hopefully because of this humanity not only will Dream Wife’s singular brand of amazingly done pop music sink in but their message will as well. 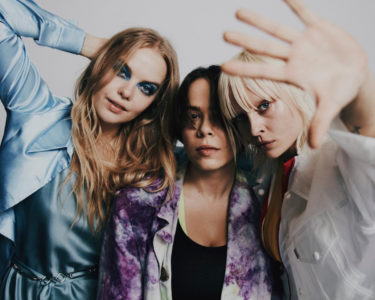 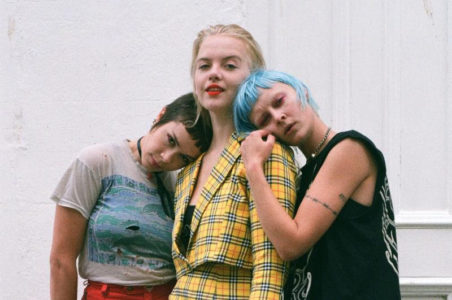 Dream Wife want you to open for them