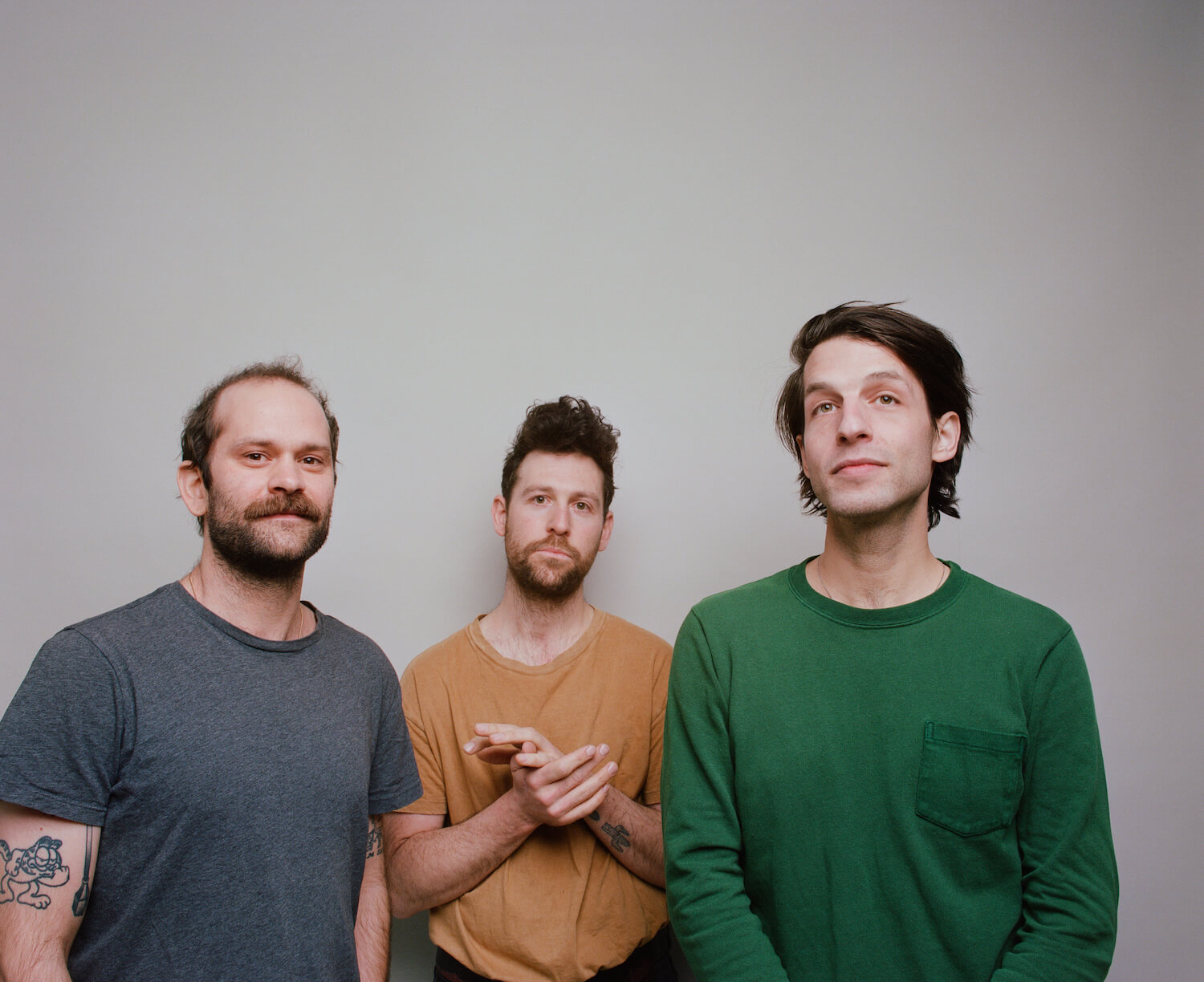 Sauna Announce Debut LP Dose Yourself. The Brian Borcherdt produced album, will be released in spring of 2022
Share on TwitterShare on PinterestShare on PocketShare on RedditShare on FacebookShare on Email

Sauna HAVE announce details of their debut LP Dose Yourself. The Toronto Group includes Michael le Riche (Fake Palms), Zach Bines (Weaves) and Braeden Craig (Greys). Their debut LP, Dose Yourself is set for release spring 2022. They also share the video “Only Luck” from their double A-Side single “Only Luck” & “Modernisation”. The double A-Side single is available now on all music services.

Dose Yourself follows Sauna’s 2019 EP produced by Brian Borcherdt (Holy Fuck, Dusted). Given that their previous projects were mostly guitar driven, when Michael recruited Zach and Braeden they pushed themselves to explore different textures, ideas, and genres they hadn’t been able to before. Painting sonically with vintage and D.I.Y. home-built synthesizers, they mix modern psychedelia with house, early 80’s hip hop, and disco by way of 80’s Germany, and thematically – diving deep within to find answers while navigating the ever-harshening modern world.

Speaking on the double A-Side single Michael explains, “Only Luck is an experiment in blending the influences of Giorgio Moroder, the landscape of gritty 80’s New York, and Elvis Presley’s inclination towards classic heartbreak crooning. Is everything a conscious decision or is it all really just luck and chance?”

The video for “Only Luck” was created by Justis Krar of IMMV Productions. “The visuals reflect both the luck and hard work that goes into a relationship”, says Justis. “Two souls who are powerless to the magnetic pull of falling in and out of love. Disorienting shifting colors and images juxtaposed with a lifetime of love lost in luck.”

“Modernisation is inspired by early hip-hop pioneers like Kurtis Blow and Grandmaster Flash”, says Michael. “Their use of drum machines has been talked about over and over again, but I loved

their use of synth stabs and ascending string lines and I wanted to pay homage to that. Thematically it questions instant gratification vs long term debilitation. Is something worth doing if it feels good now if the future will be less vivid? But what if we’re not around in the future anyway?”