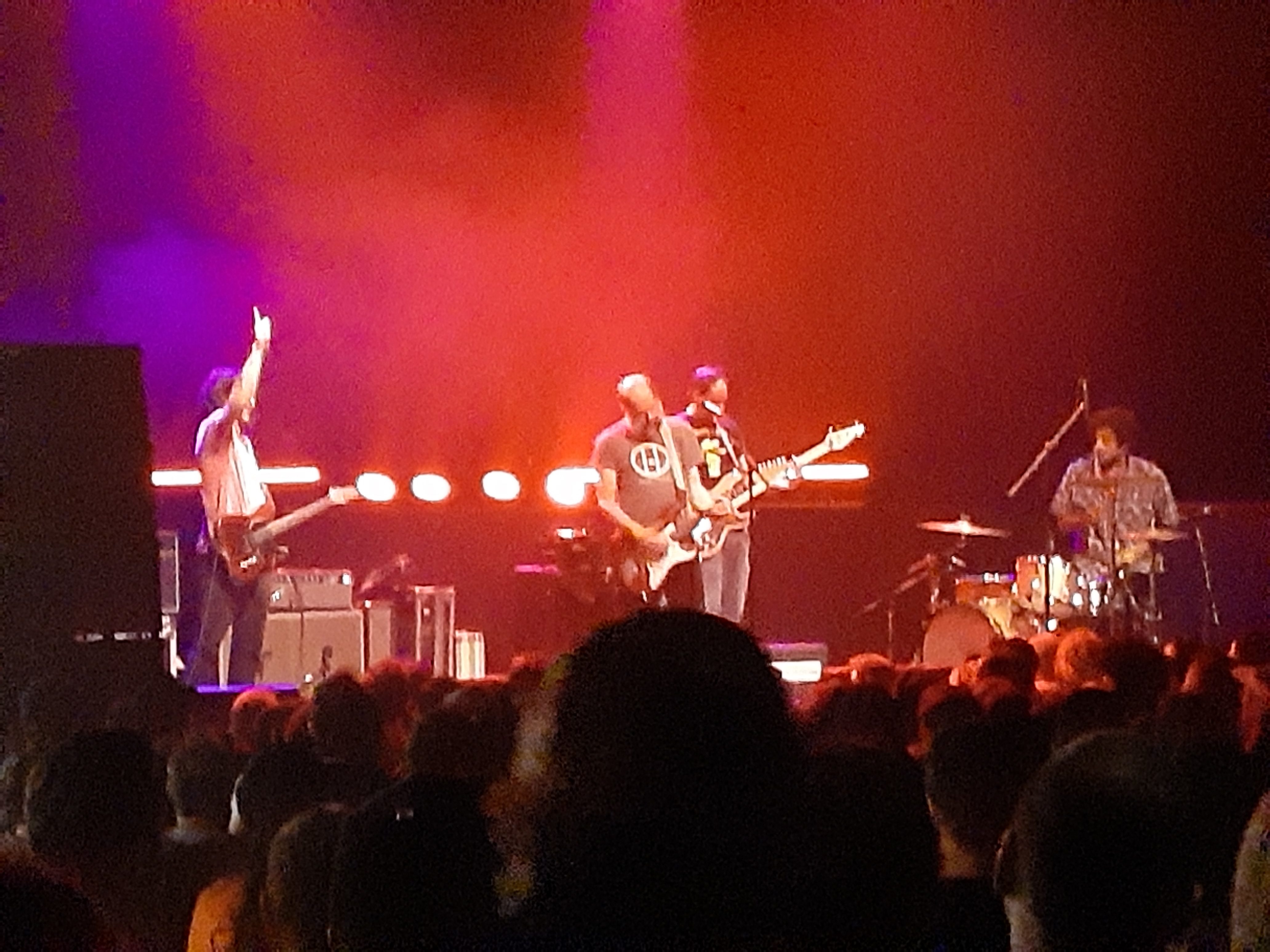 Last night, Built To Spill brought their Keep It Like a Secret 20th anniversary tour to a sold-out Rickshaw Theatre crowd in Vancouver. The Boise rockers showed exactly why the album is lauded as essential listening for any indie rock fan. Opening the show was Otis, solo and electric. He cast a foreboding cloud with songs that focused on pure mood rather than complexity and movement. The only exception was a coarse strummer that contained shades of Modest Mouse, particularly the way Otis’ singing voice evoked that of Isaac Brock’s. The rare times Otis did noodle on his guitar, one did not need to imagine his band mates filling in the gaps; to his credit, he managed to hold his own.

By Otis’ third song, the Rickshaw had begun filling up. Good news for him, better news for next openers, Oruara. The Brazilian trio brought sludgy, heavy-handed, sidewinding psych rock with spacewarp guitar work. But at times, Oruara played meaty classic rock ‘n’ roll. Sometimes, they were reminiscent of Oasis, at other times, Guided By Voices, if Guided By Voices featured slicing, searing guitars.

Finally, Built To Spill hit the stage with a set of their own cascading yet more streamlined rock. Their set was comprised of classics from Keep It Like a Secret and the rest of their discography, covers including “Some Things Last a Long Time” by Daniel Johnston, and possibly some new material. Unlike most album anniversary shows, Built To Spill abandoned the convenience of arranging their set list in the same order that the songs appear in on the album. Thus, the band kept fans on their toes, right up until Built to Spill closed with “Carry the Zero.”

As for other highlights, Built To Spill showed off their sharp power-pop prowess on “Center of the Universe.” If we’re talking straight-ahead songs, none rocked more than “Sidewalk.” Otherwise, as on the album, “You Were Right” was king, a heavy, dramatic rocker filled with extended guitar solos and enormous climax.

Built To Spill knocked out riff after riff but they pumped the brakes, too. “Temporarily Blind” opened with note-picked guitar and staccatos. A lulling melody signified the beginning of “Bad Light.” But moments like these were few and far between, as the band returned to the kinetic indie rock with many moving parts that they do best. It would have been easy for such a venerated band to phone it in, but after 27 years, Built To Spill showed they are still putting in the work, and that’s no secret path to such longevity.