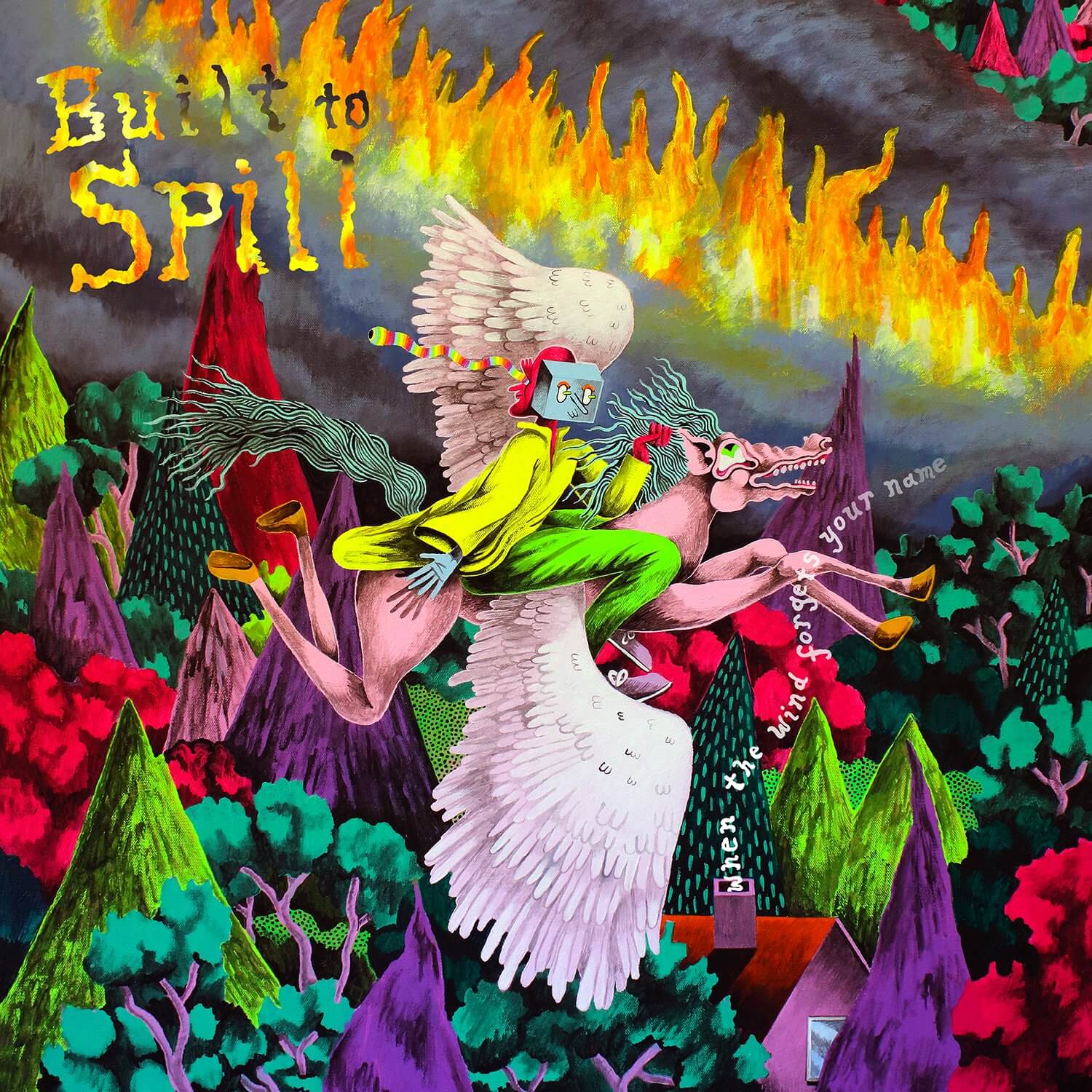 When The Wind Forgets Your Name

At over 50 years old, dreams are still coming true for the skeptical idealist, Doug Martsch. This year, after a twenty plus year stint with Warner Brothers Records, what you could call a dream of a contract, releasing such successful records as Keep It Like A Secret and Ancient Melodies of the Future, Martsch admits it has always been his aspiration to be on Seattle’s Sub Pop Records. His latest album, When The Wind Forgets Your Name, could prove to hold up with his other classic records, putting Sub Pop even more securely on the indie alternative map.

Opening the record, with the quintessential Built To Spill song, “Gonna Lose,” which was released with a stunning animated video by Jordan Minkoff and Lee McClure, he talks about such weird stuff as using acid in your dreams and things that seem like memories but which are just things you saw on tv. Martsch has always had a sharp sense of humor and a surgical precision at using cool guitars and evocative bendy vocals to deal with life’s more challenging realities.

But he’s also, like two sides of a coin, always been one to infuse a deep and abiding hope into his music. Like the album’s second single, “Fool’s Gold,” where he says simply, “I’m gonna keep trying.” And his trying seems to be paying off. Always considering Built To Spill a collaborative effort with a revolving cast of collaborators, (“It’s fun to play with people who bring in new styles and ideas,” says Martsch. “And it’s nice to be in a band with people who aren’t sick of me yet,”) he has two sets of new players, on the latest record and on his American tour circuit this year.

Le Almeida and João Casaes, both of the pyschedelic jazz rock band, Oruã, from Brazil, joined the team after hopping on board as his backing band in shows in Brazil a few years ago.They recorded much of the album before the lockdown in 2020, and much of the record was mixed remotely. The Brazilian team add a great deal to the album, even while the record remains a very Built To Spill-feeling record, though there are unique forays, even into reggae and dub step on “Rocksteady”. Joining him on tour are Prism Bitch’s Teresa Esguerra on drums and Lemon’s Melanie Radford on bass.

“The deaf hear / The blind see / Just different things than you and me,” he sings on “Understood,” the last album single, inspired by Evel Knievel’s failed stunt in Martsch’s hometown when he was a child. He has a way of bringing almost spiritual realities to bear, in the most unorthodox but satisfying fashion. And it’s not the only time on the record that he sings about the deaf and the blind: perhaps Martsch’s imaginational empathy for those who are (or seem) less fortunate than others and his own sense for the miraculous in life.

It is an album dripping with pathos and chock full of creativity. He leads with his heart and filters everything through his clever brain, just as he’s done on every other record that he’s released. There’s not a dud in the bunch and as a long time fan of Built to Spill, I was not at all disappointed with Martsch and company’s new offering of songs. There’s a reason they’ve become a household name, selling out shows across the country. If you can, catch him on his latest tour and check out this new album of weird songs that feel like home nonetheless.