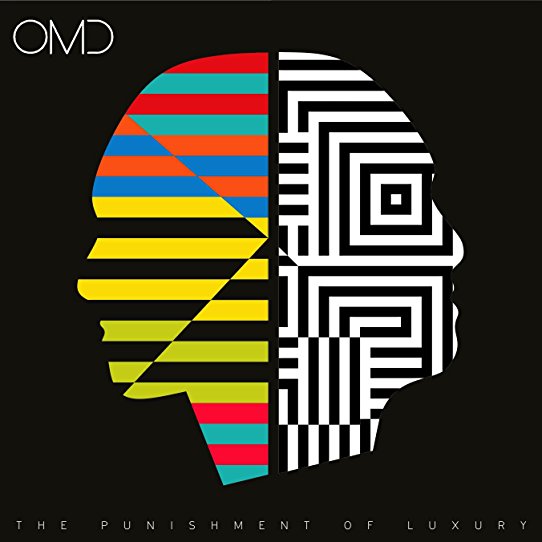 Orchestral Manoeuvres In The Dark

The Punishment of Luxury: B Sides & Bonus Material

After a strong release earlier this year with The Punishment of Luxury fans of Orchestral Manoeuvres in the Dark have reason to be intrigued with another release so soon. Packing more mixes than B-sides, this album is definitely for their superfans more than anyone else. Getting a little lost without many true remixes of the songs from the album, and instead offering different cuts, the record feels much smaller than it appears. This said, there’s still enough sonic imagery to hold onto and enough new material to suffice even modest fans.

Streamlining their original album opener into something much more focused and radio-ready, “Isotype (Single Mix)” is a constantly evolving machine. Whether you prefer the concise sound or not, the edit also makes some of more experimental sound elements feel a lot more seamless in the overall mix. “Skin” carries a weird sense of synthetic life to it, carrying tones of LCD Soundsystem’s “Tonite” in its synth runs. While the track carries a strong story within its lyrics, the mix feels a little too soft to be immediate.

Offering two sides of the same coin, there’s something rather strange to hearing the single and extended cuts of “The Punishment of Luxury” back to back. This said “The Punishment of Luxury (Single Mix” is more or less exactly what you expect, keeping things nice and to the point. “The Punishment of Luxury (12″ Extended Mix)” is a much richer sonic journey, offering vocoders and soaring vocal harmony bridge that really elevates the song. The only real detriment to the extended version is that placing it right after a single mix makes it feel like one long and drawn out piece that better placement would have evaded.

“Lampe Licht” carries soaring guitar lines and synths in equal parts, like if U2 dived into the world of electronica, but while also singing in German. Not letting the German lyrics take away from their boistrous delivery and excitement, the track is a standout on the record for not only its many unique features but for how much of a step forward it feels like for OMD. Where previous mixes feel a tad redundant, there’s a dance energy to “The Punishment of Luxury (Manhattan Clique Remix)” that really makes it feel like the pumping bridge the track never got.

Finding a little more stripped down elegance, “What Have We Done (Single Mix)” doesn’t waste too much time on the builds of the original, cutting right to the meat in the best way possible. There are a couple times however where the lush details feel completely removed however making it feel like quite the barebones version. This is remedied quite well however on “What Have We Done (12″ Extended Mix)” where angelic harmonies ring out for the opening third of the track. While a tad frontloaded, this change actually does a lot to avoid the back to back feeling that held down previous mixes on the record.

“Hahaha” beats out with a strange sense of robotic life with foreign control, as digital voices call out foreign phrases amongst dry laughter. A cool mood piece, it’s best left as a b-side given the strength of material on their record. “What Have We Done (Chicky & Coco Mix)” does feel a little more testing of a listen after two previous versions of the song on the record, especially considering it’s more literal mix additions to the track. While there are certainly some fun ethereal moments to be had with the extra boost of harmonies and strings, the song feels a little pulled down when listening through the whole record.