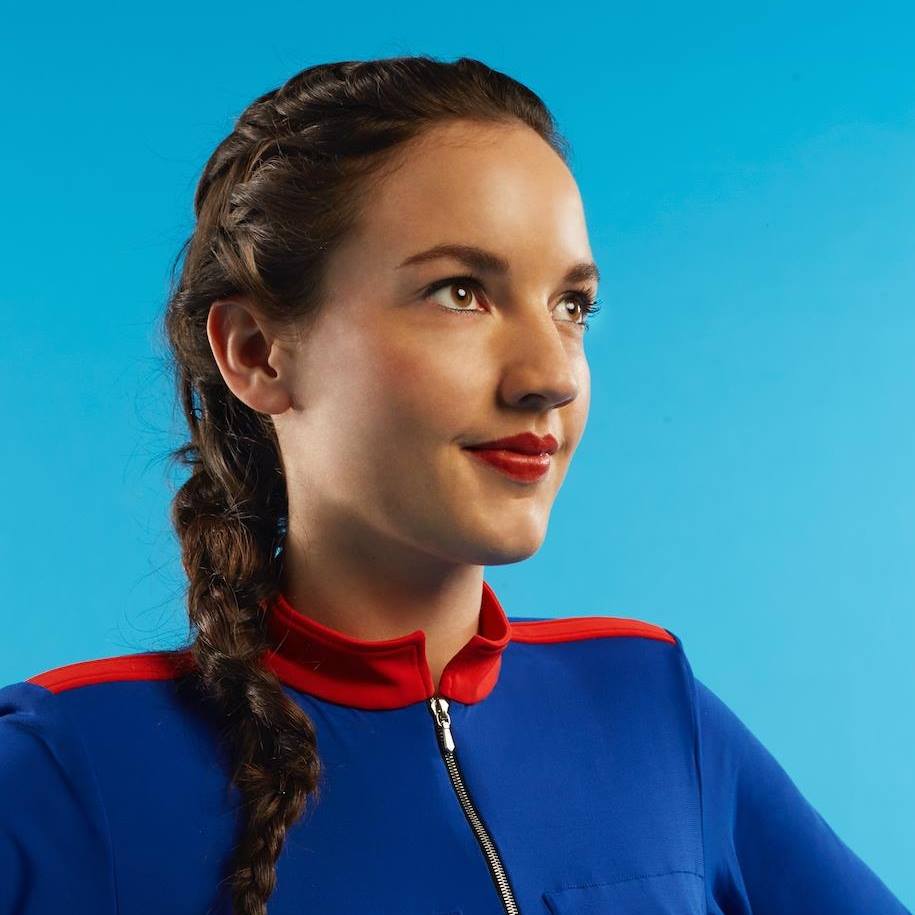 Ever since her last album Zanaka, Jain (aka Jeanne Galice) has had the music world fixated on her unique mix of languages, funk, dance and African rhythms. For her latest album Souldier, Jain has pulled in sounds from all over to really make something fresh and while still distinctly Jain. We caught up with Jain ahead of her latest North American tour to discuss touring, fame and avoiding commercialism.

Northern Transmissions: How did you want to approach Souldier differently from Zanaka, and what lead you to tap into so many different genres this time around?

Jeanne Galice (Jain): I tried to not just make the same kind of album, I wanted to make an evolution and take in more influences. Zanaka was much more about my African influences from the Congo. This time I wanted to continue talking about the Congo of course, but also look at the Middle East, as well as some hip hop and electronic vibes.

NT: What was the chemistry between you and Maxim Nucci in the studio, and what did he bring to the record on the whole considering you’d worked on Zanaka previously?

JG: This time I was directing along with him you know, so we were really working as a duo. I would make demos on the tour bus and then bring them to him. We’d work on them and he’d give me great advice on making them sound more professional.

NT: You’ve talked about how much of this album was written on the road, so how do you feel like that travel influenced the music?

JG: I was writing a lot in the tour bus really, and travelling has always inspired me. It’s also been really inspiring to see a lot of artists in these different countries and learn from them too.

NT: Getting to see the lyrics with much more focus for your “Star” video I was curious to hear whether that song was autobiographical or based on someone you knew?

JG: I was on tour and feeling a lot of success, especially in France. It’s not really in my personality however to have the light shining on me, so I had to focus to keep my head on my shoulders. I met a lot of people who really wanted to be famous, and there’s a lot of that energy in society where we take selfies and put ourselves at the front. So in this way I wanted to reflect on myself and how people are focused on this now.

NT: The dance beat is also a lot faster so I was wondering what inspired this side as well?

JG: These last few years I was listening to a lot of electronic music and hip hop, so I wanted to mix these two. I also really wanted to make people dance more since I was writing this all while on tour. This album is so much more about rhythm in this way because it was really focused on the show.

NT: How was it to work with Greg & Lio again for “Alright” and how did you want to approach that video differently from the trippy visuals you did together previously?

JG: Greg & Lio have known each other for a long time now, so we’re more like family and friends. It’s really easy to discuss with them around a table and talk about different ideas. For this song “Alright” we did just that, and I told them this story of empowerment that I wanted for the video, and we went from there.

NT: With all the genres you’ve been pulling from lately, how do you find it best to maintain your voice amongst the rest of it?

JG: The problem of cultural appropriation is very real, and it definitely exists. When I write songs however, in the instrumentals and lyrics I’m talking about my own stories and experiences. I lived in the Congo and learned different sounds there, so when I talk about that in my music, it’s because I’ve lived that. All of those things are a part of me. Music has also travelled around for generations, whether it’s jazz, blues, rock, some of it was a cultural appropriation, look at Elvis Presley. It doesn’t mean the music is fake though, or not my story either.

NT: You had a pretty high energy live show on your last tour, so what can we expect from the Souldier tours?

JG: This album was definitely made more for the live show, so I’m really excited to bring it out especially given some songs are about touring. This album is going to make a lot more sense for a live show. I also have these machines for a lot of my music, so before I was standing in front of it to play music. Now I have a lot of it set on my arm so I can control my computer wirelessly, and then I can move around the stage more.

NT: How do you feel like setting a rule against making your new music very commercial allowed you to tap into different influences?

JG: A lot of the songs from the first album were literally used in commercials you know? So for this album I wanted a bit more of an intimacy, and create something for my audience. I don’t want people to think about an ad or be sick of song when I’m finally playing it for them. You can hear a song too many times and be tired of it when it’s in a commercial.