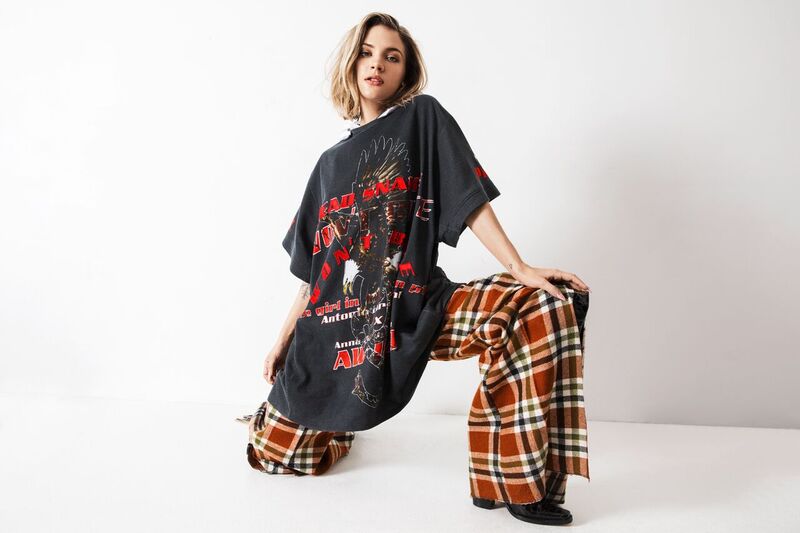 While getting a contract at 16 would go to most artists’ heads, Sweden’s Tove Styrke has become a confident adult through her work. Three albums deep since starting her career about a decade ago, the detail-oriented Styrke knows how to make her music uniquely hers. We talked to Styrke directly from Stockholm ahead of her North America tour to discuss her need to be part of the process, how the industry shaped her and why her fans mean everything to Styrke.

Northern Transmissions How did repeating mistakes inspire “Been There Done That” and how was your time working with NOTD on it?

Tove Styrke: I was so happy that they wanted me to be part of the song, they sent it to me but I didn’t write as much of it. I really love their material, and they asked me about being on the track. I usually write all my own material, so it’s really rare for me to sing on other people’s material. It just felt right for me and I’m feeling really happy

NT: How did you end up working Elof Loelv on Sway and what did they bring to the process?

TS: The first thing Elof and I did together was this rough version of “Say My Name.” I instantly felt like had something there. It’s so hard to find collaborators that really share your vision and are willing to put in that extra energy to make it perfect. It’s so nice to find someone with similar tastes that wants to work with me, but also has those years of experience producing.

NT: Ultimately how did you want to approach Sway differently than your earlier outings?

TS: The big challenge was making something where the songs sounded simple and the tracks were minimalistic while still sounding interesting. The easy route to take on any production is to add a lot of cool things, because then it will sound pretty cool. When you keep removing things instead, it puts pressure on what’s left. This meant a lot of work to make this strong, cohesive album. It gives so much space for the story and the voice to be there, and gives them a real spotlight.

NT: You’re also notoriously detail oriented (like spending days on claps for “Say My Name”) where do you think this comes from and has it ever gotten far enough out of hand for you to notice?

TS: I’m hoping to get to a point where I don’t need to spend so much time trying different things, and that I’ll be able to know instinctively exactly what should go there. Right now though I need to try every single thing to figure out what’s best. When you have this vision in your head of how you want something to sound, it’s so exciting that I have to keep digging until I find it. It’s not just me spending all that time either, I usually have a producer trying to figure it out whether I’m there or not.

NT: What inspires you to keep meeting fans so liberally compared to many of your peers?

TS: Because I like them, I think it’s as simple as that because I really do like spending time with them. Meeting fans and talking to them about what they feel about my music. That gives me a lot honestly. I do it for them to give back but it’s very much for me as well, because I make my music to share. For me the music is my life and my fans are the same. It’s so beautiful and I’m grateful to have that. That connection is a big part of why I make music. It also proves to me that it means something, and that I’m not just making it for selfish reasons. It’s really fun too, my fans are smart and funny.

NT: I know that you’d recently toured with Lorde, so what made your cover of “Liability” feel so ingrained into the spirit of what Sway was about?

TS: For me “Liability” is just one of those songs that when I first heard it, it felt weird to me that I didn’t write it. The lyrics felt so personal that I could see myself in the song and I really related. She released it as this kind of in-between song, but so many people love it, there’s just something about it especially for young people. It just felt really interesting to make my own version of it, it felt like the story of Sway really.

NT: I was also interested to see how you think joining the larger side of the industry at such a young age shaped you as a performer and writer?

TS: Starting when you’re that young is definitely interesting. All that time would normally be spent in bands and/or putting experimental tracks on Soundcloud where nobody cares, and you’re just doing it for you and your friends. I was still doing that but it was all in the open, so the stakes were higher. I’m still proud of myself for what I’ve put together, even my first album for instance. Starting early gave me a head start, and now at only 25 I have the experience to feel a lot more comfortable with myself. That’s been such a great foundation to stand on and now there’s very few things that can put me in an awkward place.