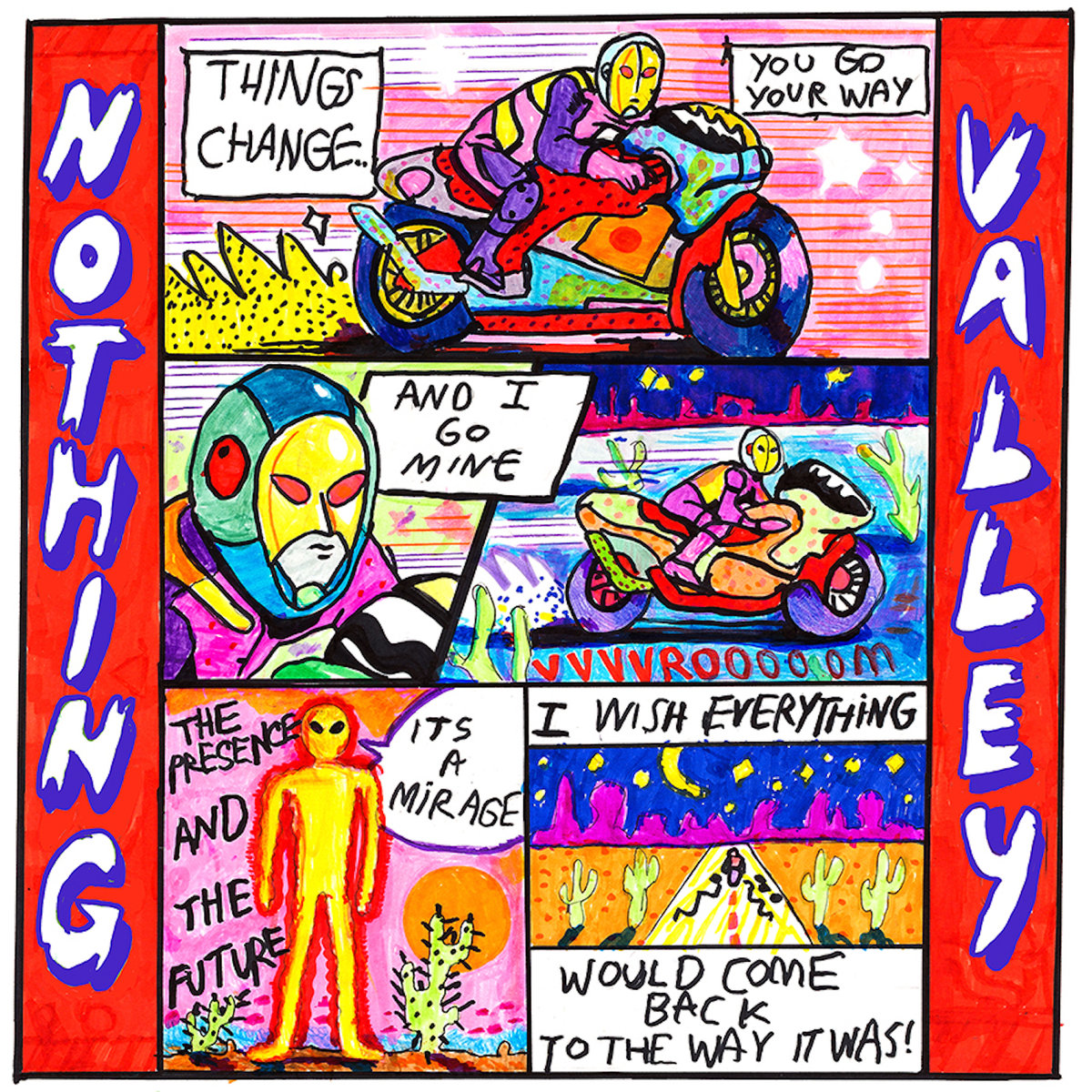 The union of disparate musical tastes and previous endeavours have culminated into Melkbelly’s cacophonous barrage of noise rock and birthed their debut LP ‘Nothing Valley’. Past projects ranged from poppy folk, indie-rock and harsh experimental noise but the four members of the Chicago outfit have combined to produce something that sounds like it’s being pushed to the extreme in nearly every way. Although there are moments of calm to be found on the quartet’s primary outing – a blast of caustic noise lurks around each corner.
Something of a family affair, Melkbelly is made up of husband and wife duo Miranda (vocals/guitar) and Bart Winters (guitar), Bart’s brother, Liam takes up bass duties and then drummer, James Wetzel completes the party of four.

‘Nothing Valley’ occupies a weird wasteland between Sonic Youth’s avant-garde forays into noise and Metz’s pummelling assault. Theirs is a sound that is uncompromising, like being bludgeoned by a blunt instrument, however said instrument occasionally comes wrapped in barbed-wire – just for good measure. Voyages into discordant waves of acerbic rock scale up and down the band’s sonic speedometer – opening track ‘Off The Lot’ hits the ground running at a cool 60mph, as it leaps out at you with a squall of feedback and frantic, disjointed drum patterns underpinned by ragged guitars and throbbing bass. The tone is then set for an earwax loosening plunge into 11 tracks of varied audio ran-sackings. ‘R.O.B.O.B’ is a mess of static and jerky rhythms, before dissolving into a haze of angle-grinder- like guitar noise. ‘Middle Of’ injects some surging pace and the occasional punk-flecked barks of ‘hey!’, while ‘Greedy Gull’ is wiry and dishevelled, sounding like it’s due to implode at any second. The record is capped off by ‘Helloween’s colossal take on noise-rock; journeying into epic climes at certain points, ‘Nothing Valley’s curtain closer gradually swells from staccato dissonance to a huge, raw ball of distorted noise-rock. Throughout Melkbelly’s unrelenting aural bombardment, Miranda’s vocals maintain an unflinching poise, as if the melee around her isn’t causing her to shout and scream – although it must be said the frontwoman’s voice, at times, is almost undiscernible when confronted by her band’s almighty racket.

‘Nothing Valley’ is the product of opposing musical backgrounds colliding and then manifesting themselves at
full, merciless volume.